The Week Ahead: UK, US Q3 GDP; Nike results 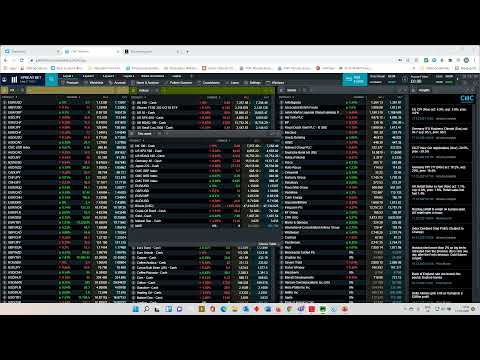 Read our pick of the top stories to look out for in the week commencing 20 December, and view our key company earnings schedule.

This week, Michael Hewson offers his analysis as both the UK and the US prepare to deliver their final verdicts on Q3 GDP, while Nike is set to announce its Q2 results.

In Q3, UK GDP grew 1.3% compared with the previous quarter, based on the preliminary estimate issued by the Office for National Statistics on 11 November. It is expected that Wednesday’s announcement will uphold the 1.3% figure. This marks a significant slowdown from Q2, when the easing of lockdown restrictions contributed to GDP growth of 5.5%. The slowdown in Britain’s post-lockdown economic recovery during Q3 was mainly due to rising infection rates, the “pingdemic”, and global supply chain issues. On the plus side, the final Q3 GDP figures are expected to show that private consumption remained resilient. But chip shortages, maintenance shutdowns on North Sea oil rigs and other challenges facing the UK manufacturing sector, particularly car production, likely continued to weigh on growth. Looking ahead, new restrictions introduced to curb the spread of the Omicron variant could have a negative effect on Q4 GDP.

The second iteration of US Q3 GDP, released by the US Bureau of Economic Analysis on 24 November, showed that the US economy grew 2.1% from the year-ago quarter, a modest upward revision from the 2% increase estimated a month earlier. The third and final reading is expected to confirm the 2.1% figure. As in the UK, the Q3 number represents a disappointing slowdown from Q2, when the US economy expanded 6.7% year-on-year. The slowdown in the US economic recovery has been attributed to a combination of factors, including rising numbers of Delta cases, weaker demand, and supply chain disruptions. Consumer spending – which had proved remarkably resilient in Q1 and Q2, growing 11.4% and 12%, respectively – slowed sharply in Q3, increasing only 1.7%. This was better than the 0.9% that many economists had predicted, but the drop from the two previous quarters served to highlight the impact that higher prices and falling consumer confidence are having on demand, in an economy of extremely price-sensitive consumers.

After a solid Q4, Nike’s Q1 results faltered, as factory shutdowns in Vietnam and global supply chain disruptions held up production and hit sales. Revenue for Q1, covering the three months to 31 August, came in at $12.2bn, missing expectations of $12.5bn. This prompted the company to cut its guidance for the rest of the year, sending the Nike share price to a three-month low at the end of September. Since then, however, Nike’s shares have rebounded, briefly hitting a 52-week high of $179.10 on 5 November. In Q2, Nike’s factories in Vietnam reopened, while demand in China picked up, partly thanks to the country’s “Singles’ Day” shopping campaign on 11 November. Nike's Q2 profits are expected to come in at $0.62 a share.

Intriguingly, Nike has also begun preparing for the metaverse. The company filed seven trademark applications during Q2, as it intends to make and sell virtual trainers and clothing. In December, Nike announced that it had acquired RTFKT Studios, a maker of highly collectible, virtual trainers. Interest in the metaverse has increased since Facebook changed its parent-company name to Meta in October.

Public sector borrowing has fallen since the government’s furlough scheme ended in September, but remains high by historical standards. In October, public sector net borrowing, excluding public sector banks, fell to £18.8bn, down £0.2bn from a year ago, but still the second-highest October borrowing since monthly records began in 1993. The October 2021 figure exceeded expectations, partly because interest payments have risen sharply in recent months due to higher inflation. Higher spending on vaccines was also a factor, and this is likely to carry over into the November and December numbers, as the booster campaign was ramped up. Borrowing for November is expected to increase month-on-month to £20bn.

Rising headline CPI and PPI measures of inflation had undermined the US Federal Reserve’s stance that inflation was “transitory”, so it was no surprise when Fed chair Jay Powell called for that description to be retired in a recent speech. Having acknowledged that inflation may not be transitory after all, the Fed announced this week that it will accelerate the winding down of its pandemic-era economic stimulus programme. If the core personal consumption expenditure (PCE) deflator, the Fed’s preferred measure of inflation, posts a further increase for November, we could see the Fed taper its stimulus programme even faster in the coming months. In October, the PCE deflator hit a 30-year high of 5%, up from 4.4% in September. It is expected to move above 5% in November. Meanwhile, the core PCE deflator, which excludes food and energy costs, climbed from 3.7% in September to 4.1% in October, and is forecast to edge up towards 4.5% in November – a level last seen in 1990.

In October, growth in US personal spending rose 1.3%, up from 0.6% in September, despite concerns over higher prices. Consumer spending was pushed higher by fears of shortages, and warnings that encouraged consumers to start their Christmas shopping early. This was a positive of sorts, as it suggests that – for now – consumers may be immune to rising prices. However, the big question is how long that can last if prices continue to move higher, impacting Americans’ spending power. Much will depend on personal incomes – with 11m vacancies in the US labour market, one would expect incomes to remain resilient. Consumer spending in November is expected to have grown 0.6%, with personal incomes up 0.5%.