The week ahead: US employment data & Fed meeting 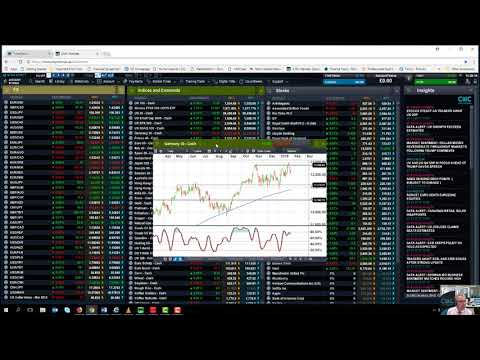 Chief Market Analyst, Michael Hewson, looks at the key levels on the FTSE 100, DAX, EUR/USD and GBP/USD, and looks ahead to the Fed meeting and US jobs report.

Microsoft Q2 earnings due
Wednesday: The recent changes to US tax legislation are likely to benefit Microsoft, who are just behind Apple when it comes to the amount of cash held overseas. Apple has already announced it will be looking to bring its cash back to the US, so this week’s Q2 earnings update from Microsoft is likely to generate questions around what it intends to do with its $138bn of overseas funds.

European CPI
Wednesday: The rise of the euro could start to pose problems for the European Central Bank and the inflation outlook in the euro area. Headline inflation is already fairly low at 1.4%, while core prices are at 0.9%. With the ECB signalling that it is looking at slowing down and stopping stimulus, it will become increasingly difficult to hit its 2% target while the euro is rising.

Facebook Q4 earnings
Wednesday: The recent decision by Facebook to make changes to its news feed – making posts from businesses and brands less prominent in an effort to tackle concerns about fake news, while promoting more user-driven discussion – saw its share price drop quite sharply initially. This was due to concerns that the change would prompt a fall in income on the back of declining click links. While this change won’t affect the current quarter, we could see lower guidance thresholds for the rest of the year.

China and US PMIs
Wednesday & Thursday: Last week’s flash PMIs from Germany and France pointed to a slight slowdown in economic activity, albeit nothing to worry about. More importantly, will Chinese manufacturing continue to exhibit some of the weakness seen in recent readings? And in the US, has the recent abnormally cold weather prompted similar weakness across manufacturing and services?

Unilever full-year results
Thursday: Last year Unilever fended off an attempt by Kraft Heinz to take over the company that prompted senior management to embark on a rationalisation strategy to improve margins and efficiency. The company first sold off its spreads business for £6bn, while also integrating its food and refreshments business into one unit. While the measures have had a degree of success, the share price has slipped back from its summer and post-bid highs. Will the company beat expectations this week, or will a disappointing update prompt further interest from other suitors?