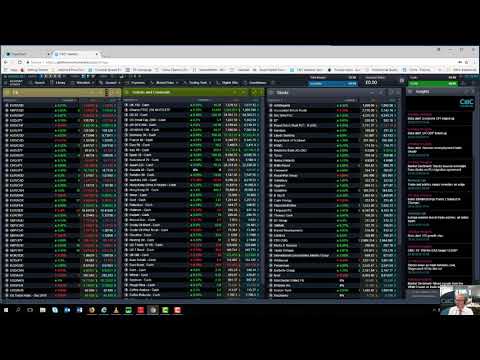 View his week ahead video, the top stories for this week, plus our key company earnings schedule. Michael looks at the prospects for the US dollar and equities after a busy first half, and also looks ahead to the latest Fed minutes, US employment report and inflation prospects.

Manufacturing PMIs (UK, eurozone, Germany, France)
Monday: Recent data from the manufacturing sector has continued to look on the weak side, particularly in France and Germany. This week’s June purchasing managers’ indices (PMIs) in the UK and across Europe may continue the weaker trend seen since the beginning of the year, as rising input costs appear to be weighing down economic activity. There is also the ongoing uncertainty over tariffs, which is slowing down decision making on future investments.

Services PMIs (UK, eurozone, Germany, France)
Wednesday: Economic activity in the services sector has similarly slowed recently, as was also the case at the end of last year. Nonetheless, there are some early indications of a summer rebound, despite concerns over higher fuel prices acting as a brake on consumer spending.

US Federal Reserve minutes (Jun)
Thursday: As expected, the Federal Reserve raised rates by 25 basis points at its meeting last month. This was no surprise given it had been well telegraphed and the decision was unanimous. Markets were more concerned about the prospective glide path for further rate rises, and in this context the outlook was positive. Policymakers did not resile from making the case for at least another two rate rises this year, painting a bullish picture for growth, inflation and employment. The latest minutes should outline whether the Fed is concerned about an inflation overshoot or any current uncertainty around trade, which could derail plans to raise rates another five times by the end of 2019.

Superdry full-year results
Thursday: Given recent headlines about retail, you would be forgiven for thinking that the sector was struggling. It is true that some companies are facing difficulties, but these businesses appear to be struggling to adapt to changing consumer shopping habits. Superdry shares have slipped back since its last update in May and are down over 40% since the beginning of the year, despite posting a 16% rise in revenue. There was solid growth across the business in both online and wholesale areas, yet the guidance for the rest of this year seems to be worrying investors. In-store sales remain a concern, however this could be a result of the cold weather in the last quarter. Profit is expected to come in at £97m, down from a previous estimate of £100.6m, though some of this is due to a £7.2m one-off impairment charge on its Berlin store. Is a 40% drop in the share price an overreaction to a £3.5m profit miss?

Purplebricks full-year results
Thursday: Purplebricks, the online estate agent, warned that annual revenue would be 5% below expectations due to the effect of the cold snap earlier in the year. The slowdown in the housing market in London and the South East in recent months has also taken the edge off the share price, which is down over 20% so far this year. Fortunately, the company is doing well in Australia and the US, and also received a £125m investment from leading European real estate portal Axel Springer. While activity is likely to have picked up since the beginning of 2018, this week’s guidance could offer an opportunity to end the slump investors have been feeling due to the share price decline so far this year.

China tariffs begin
Friday: In the absence of an agreement in the coming days, the latest tariffs on Chinese goods are due to begin today, starting with the imposition of $34bn on industrial exports in response to alleged intellectual property theft. This is one part of a $50bn hit to Chinese imports, with another $16bn due to kick in later in the summer.