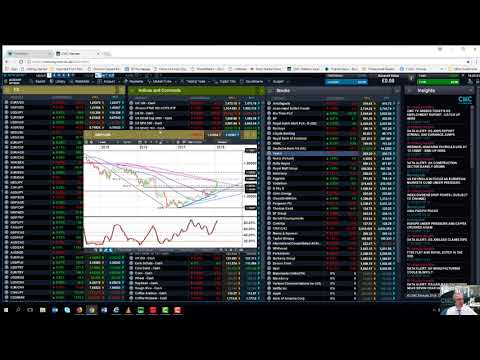 Chief Market Analyst, Michael Hewson, looks ahead to the latest Bank of England meeting and the quarterly inflation report.

Monday: Last month the International Monetary Fund (IMF) upgraded its growth forecasts for the global economy for the current year, with Europe in particular finding itself on the right side of the funds upgrades. The UK economy on the other hand found itself downgraded. This week’s services PMI data for January will indicate whether the strong gains seen at the end of last year have been sustained into the new year.

Tuesday: The rise in the oil price is likely to mean significant increases in revenue and profit for BP when it announces full-year numbers later this week. At its last trading update the company announced that it had managed to reduce its break-even price to $49 a barrel. With an average price of around $58 a barrel over the last quarter, revenues are likely to show a significant increase. The downside is that the company has had to set aside another $1.7bn in provisions for the final quarter as a result of Deepwater Horizon, which is likely to put a huge dent in total profits for the fiscal year.

Tuesday: As far as box office is concerned Disney has few peers, with the Star Wars franchise expected to see a decent first quarter. The company’s performance at the end of 2017 was slightly disappointing, but the Christmas release of ’The Last Jedi’ is expected to give it a decent first quarter. Away from making films the company is looking to tighten its grip on the industry with its acquisition of 21st Century Fox, as it looks to gain a foothold in the pay TV market. Fox’s Sky assets are a lucrative doorway to the European market and will give Disney the ability to take on Amazon and Netflix in the online streaming space.

Wednesday: Australia’s biggest mining company has had a decent last few months - rising commodity prices have likely contributed to another decent year after its big loss at the end of 2015. Rio Tinto was able to pay a record interim dividend in the first half of this year, after doubling its first-half profit to $4.1bn. In its latest trading update the company announced that it had hit its export targets for iron ore this year, plus that its copper output was up 23% on the quarter. With copper and iron ore prices near multi-month highs, there are expectations that this week’s numbers could result in another bumper pay out for shareholders, with the shares up near 7 year highs.

Wednesday: Tesla’s attempts to crack the lower end of the electric car market with the Model 3 saw the company post a record loss of $619m in its Q3 numbers. The introduction of a number of new models over the past three years has added to the costs, as well as the complexity of the production line. While the order book looks healthy, the problem is that the company can’t produce the cars quickly enough. In Q3 the company only managed to produce 260 Model 3 cars instead of the anticipated 1,500, due to battery manufacturing issues. The company said it expected to be able to produce 5,000 Model 3s by the end of Q1 2018 as it sorted out its supply chain issues. This week’s numbers will establish whether that target is anywhere close to being achieved, and whether the company is any closer to reducing its losses.

Thursday & Friday: It’s another big week for central bank meetings with the Reserve Bank of Australia (RBA) and Reserve Bank of New Zealand (RBNZ) due to update the market with the latest outlook for their respective economies. A few weeks ago the improvement in economic data would have raised expectations that the RBA might raise rates. However, the 6.5% rise in the Australian dollar to a two year peak has skewed the calculus somewhat. It’s a similar story for the Kiwi dollar, and as such the weakness of the US dollar is likely to see both central banks implement no changes to policy.