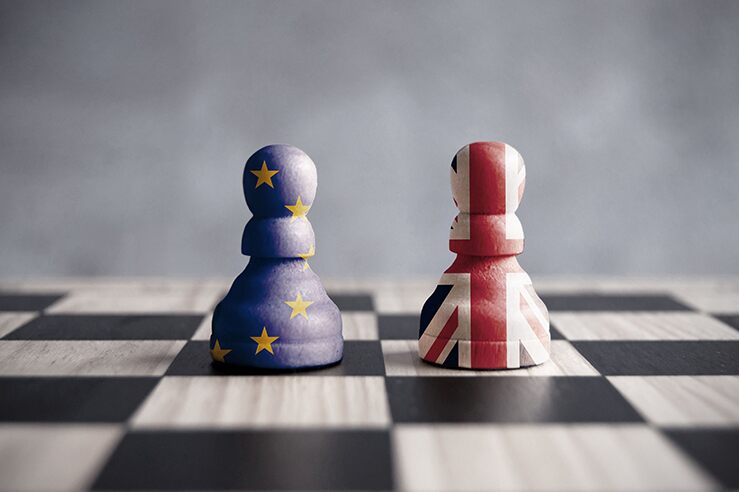 When is a deal not a deal, when the US and China can’t offer a unified position on what was actually agreed at the end of last week? That help explains why equity markets slipped back yesterday after it became apparent, that for all the narrative behind a so-called phase one of the US, China deal that was agreed at the end of last week, the actual substance of what was agreed didn’t come anywhere near to matching the spin.

The change in sentiment came about after the Chinese released their version of events saying they wanted further talks before the end of October before looking to sign any deal. Furthermore, there was also a claim that Chinese officials wanted the December 15th tariff increases to be postponed as well.

This divergence of opinion on recent events, has inevitably sowed doubt into markets as to what actually was agreed, apart from a suspension of the 15th October tariff increases, and some agricultural purchases.

The latest Chinese inflation data also indicated that the economy was continuing to struggle. Putting aside the rise to 3% on the CPI measure which was due to 69% rise in pork prices, factory gate prices slipped further into negative territory, coming in at -1.2%, in further signs that slowing demand was exerting downward pressure on prices.

The pound also lost some of its end of week fizz after it became apparent that in spite of the warm words between UK Prime Minister Boris Johnson and Irish Taoiseach Leo Varadkar from last week’s meeting in Liverpool that the UK and EU remained as far apart as ever, when it comes to resolving the thorny problem of Northern Ireland’s place in any new customs arrangement.

Talks between the EU and UK still appear to be stuck in the same old rut, though optimism was rising that some compromises might be forthcoming in the coming days, given comments yesterday from Finnish PM Antti Rinne last night that more time was needed, raising the prospect of an emergency Brexit summit next week, as well as indications from officials on both sides that there could be a compromise on the Irish border.

It still seems likely that an extension will be the most probable outcome given the tightness of the timelines, as well as the proximity of this week’s EU council meeting, and the lack of a majority for anything in the UK parliament.

Some MPs are still hoping to resurrect Theresa May’s deal, as well as adding a confirmatory referendum, however this could struggle to get the necessary votes, and even if it does, it would be hard to see how it would be in any way credible, given the high likelihood of a voter boycott.

We also had the small matter of a Queens speech, which outlined what the new government was hoping to achieve in the new parliamentary session. Ultimately the contents were neither here nor there given the lack of a parliamentary majority, and the likelihood that it will be voted down, when MPs come to vote on it in the coming days.

On the data front the UK economy has been holding up reasonably well despite a slowdown in economic activity in Q2, which has so far failed to filter down into an increase in the unemployment rate, which is at a 40-year low of 3.8%.

Wages growth has also continued to confound expectations, rising to just shy of 4% in the three months to July, thus helping cushion the effects of an economy that contracted slightly in the second quarter of this year.

With Q3 also looking a little on the feeble side growth wise there is the possibility that we may have hit the high-water mark when it comes to wage growth, though for now there seems little evidence of it so far, with expectations for August set to come in the same as July, at 3.8%.

Even if we have hit peak wages the rise in the level of wages has helped take some of the sting out of the slowdown in the broader economy. At some point in the future, and in the absence of a deal, the lack of business investment and a Brexit solution could well start to see unemployment levels start to rise. So far, the loss of retail jobs this year hasn’t seen unemployment levels rise, however that is unlikely to continue indefinitely.

EURGBP – has found some support at the 0.8715/20 level in the short term, however the break below the 200-day MA at 0.8820 could be significant. We need to push back above this level to reduce the risk of further losses towards the 0.8600 area.