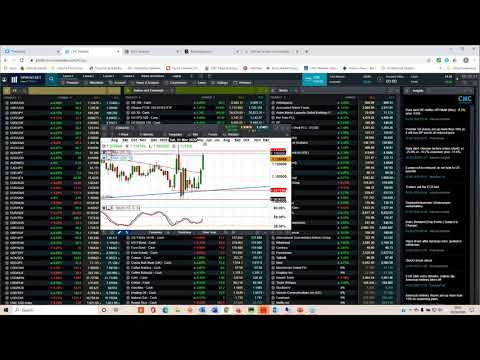 Watch our week ahead video preview, read our pick of the top stories to look out for this week (8-12 June), and view our key company earnings schedule.

Our UK chief market analyst, Michael Hewson, looks back at another week of strong gains for equity markets, despite a worsening economic picture. He also looks ahead to the latest China trade data, US Federal Reserve rate meeting, and a weakening economic outlook for the UK economy.

Saturday (moved forward from Tuesday): When Opec+ agreed to production cuts of almost 10m barrels a day from 1 May, there was scepticism that the deal would stick, given previous examples of non-compliance. Indeed it soon became apparent that some countries were falling short, though that didn’t stop oil output from falling in May to its lowest level since 2002, helping to drive Brent prices back to $40 a barrel. The biggest drop in supply came from Saudi Arabia, which helped pull oil prices from the lows that saw US WTI oil hit a negative price of -$37 a barrel. As Opec+ members meet again there is rising irritation among some members about the lack of compliance from countries like Iraq and Nigeria, who haven’t lived up to their part of the bargain. This meeting is likely to determine how much longer these agreed cuts will last, with consensus between Russia and Saudi Arabia for another month. However, growing annoyance about the continued flouting by smaller countries could see a possible extension deal flounder, unless the smaller countries start to live up to their end of the bargain. A failure to agree a deal extension could see oil prices slip back.

Sunday: The most recent China trade numbers for April showed little evidence of a recovery in economic activity, despite the lifting of its lockdown at the beginning of March. Exports did improve, rising 3.5%, though this was probably helped by the shipping of medical products like PPE, as the rest of the world wrestled with the virus while in various states of lockdown. In worrying signs that internal demand remains weak, imports slid sharply and  more than expected, by 14.2%, suggesting that while the economy was reopening, activity was far from normal with consumers behaving more cautiously. The latest numbers for May, particularly on imports where demand inside China has continued to look weak, will be particularly instructive as we head into the summer months.

Monday: With most of the world in lockdown, cinema chains, among many others in the hospitality and retail sector, have been on the front line when it comes to job losses, as well as concerns about their long-term viability in the post Covid-19 era. In a new age of social distancing, cinemas and theatres will have to rethink visitor numbers when they look at reopening their businesses. AMC may have found a route out of its problem, based on recent news reports that Amazon is looking to buy the business outright. On the face, it this seems a rather strange move, which probably means there is little truth in it, however given the amount of money Amazon has, it might make sense given that it’s making more and more of its own content. Having a delivery mechanism that allows this content to be displayed on a big screen to Prime subscribers might make sense, as it would allow Amazon to control the numbers, and make a more rounded movie experience. Last week, AMC outlined the size of the fiscal hole it was in. Having come off a Q4 loss of $13.5m, the company announced it was taking a Q1 impairment charge of between $1.8bn and $2.1bn, which would equate to a net loss of over $2.1bn. Even without the impairments, AMC would have made a loss of $224.5m, with revenue sliding to $941.5m. Management have said further delays in reopening could see the company struggle to survive, and even if they do they may not get the footfall. The shares are currently trading near $5, well over 80% down from their $35 peaks back in 2016.

Tuesday: The Brown-Forman share price has recovered fairly well from the declines seen in the March sell off. The company has managed to navigate the increase in tariffs that it was on the receiving end of in the US/EU trade spat. In the first half of the year, Brown Forman was able to report a 5% increase in net sales to the tune of $1.8bn, driven largely by a decent US market performance, and strong sales of its new Tennessee Apple brand. In May, the company announced it would be pay a dividend of $0.174 a share, due on 1 July, despite revising its full-year outlook lower in March, as a result of slowdowns in its international markets. In Q3, EPS came in at $0.48 a share, however due to the various global lockdowns, this is expected to fall back in Q4 to around $0.29 a share.

Tuesday: The most recent revision to EU Q1 GDP showed a contraction of 3.8%. This final revision isn’t expected to be significantly different, with the only surprise that it’s not worse, given the contractions in the economies of France, Italy and Spain were in excess of 5% in the first quarter of this year.

Tuesday: As with China, the trade picture in Germany is likely to be similar in March, with the potential for significant drops in both imports and exports. The March numbers showed a sharp fall in exports, of 11.7%, and imports of 5%. With most of the economy locked down in April, we are likely to see similar weakness at the beginning of Q2. As poor as the March data was for Germany, the economy only contracted 2.2%. The damage is likely to be much worse for Q2 and the latest April trade numbers could reflect the collapse in demand across Europe, both inside and outside Germany.

Tuesday: Income investors have traditionally gravitated towards sin stocks in years gone by, despite various restrictions on when and where tobacco is advertised, given that revenue and dividends have generally held up fairly well. Even the vaping and e-cigarette industry, which could have proven to be a problem, saw the big tobacco companies get in on the act. However, this blew up in the industry’s face during 2019, over fears about health and respiratory problems related to the use of e-cigarettes in the younger age cohort of 18-35, on reports of lung problems. As a result of these concerns, BAT said in March it expected product volumes to decline around 4% in 2020.

Wednesday: The latest Federal Reserve meeting isn’t expected to offer up too many surprises in terms of interest-rate policy. There has been a great deal of speculation about the prospect that the US could go down the negative rate route, despite various Fed policymakers pushing back on the prospect. In recent comments, Fed chair Jay Powell has suggested instead of negative rates, the central bank was more minded to look at ways to control the yield curve by attempting to cap yields. One of the main problems in having low rates is a flat yield curve. There has been talk that the Fed could control the slope of the curve, thus relieving pressure on bank balance sheets by keeping short rates down, while allowing longer-term rates more latitude to rise. The health of the banking system in the US is one of many areas that has Fed officials worried, particularly if the economic slump is prolonged and even more so in light of the recent unrest across the US, which could cause more businesses to fail in the short term.

Thursday: Having postponed the sale of FibreNation just prior to last year’s general election, the transaction finally went through in the first quarter of this year, for £200m. The timing could not have been better given the shutdown of the UK economy, giving TalkTalk a decent buffer to its balance sheet for the uncertainty to come. The company still needs to accelerate its full fibre strategy and in Q3 the company added another 148,000 new clients. Of those new clients, 42% took the faster fibre product, but TalkTalk still needs to do its best to improve its infrastructure after an outage at the end of May caused a lot of negative headlines. A lot of ISPs have reported an increase in home usage over the last few weeks, and investors will be hoping that TalkTalk will benefit in terms of new clients and package upgrades.

Friday: With the UK economy shutdown for all of April, UK data isn’t expected to be pretty, though in comparison to the services sector there was still some limited economic activity taking place, if the PMI numbers are any kind of accurate guide. Expectations are for industrial production to decline 13.9%, and manufacturing to decline 15.5%. The GDP numbers are also expected to be horrendous, with a monthly decline in April estimated to be -18%, from -5.8% in March, while the rolling three-month number is expected to slide from 0.1% to -10%.

A guide to spread betting and trading CFDs, with examples of different trading strategies and an introduction to the three pillars of trading.