All eyes on G20 summit as global trade in focus 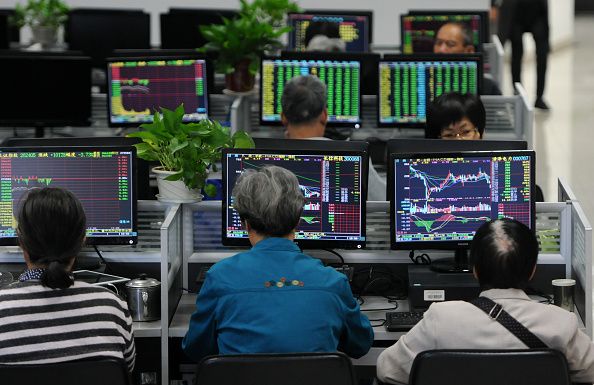 The long awaited G20 meeting kicks off today in Osaka, Japan, and it has been the top priority for investors this week.

The summit will run for two days, and tomorrow’s meeting between President Trump and Xi Jinping is likely to be the highlight of the event.

European and US stock markets were subdued yesterday as many traders were sitting on their hands ahead of the summit. There was commentary from both sides of the trade spat, but ultimately many investors were in wait-and-see mode. There was a report of a ‘truce’ between the US and China on the run up to the G20. It was reported that China are interested in a ‘balanced’ trade deal, but Beijing claim that doesn’t interest the US.  According to Larry Kudlow, economic advisor to President Trump, there are no preconditions going into the trade talks, but the US might still press ahead with additional tariffs.

The trade dispute between the US and China has moved away from goods, and technology has moved to the centre of the diplomatic argument. Beijing would like the US to lift the Huawei ban, but since it has transpired that some Huawei employers worked for the Chinese military, the fears the US have in relation to the national security are likely to be heightened. Washington DC is also worried about the protection of US intellectual property in the China. Dealers have been cautiously optimistic going into the G20 summit, but there is still a long way to go.

Equities in Asia slipped as world leaders arrived in Japan for the G20 meeting. Trade is going to be top of the agenda.

Yesterday, it was confirmed the US economy grew by 3.1% in the first quarter. The jobless claims reading was 227,000, while economists were expecting 220,000. It is not ideal that the rate is ticking up, but the labour market is in rude health as the unemployment rate is at a 50 year low, and wage growth is comfortably outstripping inflation.

Gold gave back some of the ground it made during the week. The metal reached a six year high on Tuesday as the softer US dollar and the flight to quality play took hold, and now we are seeing a slight reversal. Palladium rallied yesterday, and the commodity appears to have resumed the wider bullish trend it has been in since August 2018.

The latest CPI figures from Spain and Germany paint a picture of weak demand in the eurozone. The Spanish rate dropped from 0.9% in May to 0.6%, while the German rate remained at 1.3% - its joint lowest reading since February 2018. Last week we heard from Mario Draghi, the head of the European Central Bank, and he dropped hints about looser monetary policy being in the pipeline, the latest inflation numbers add weight to the argument that stimulus is needed.

At 9.30am (UK time), the final reading of UK first-quarter GDP will be posted, and dealers are expecting it to remain at 1.8%.

The Fed’s preferred measure of inflation is the core PCE reading, and it will be posted at 1.30pm (UK time) and it is expected to hold steady at 1.6%.

GBP/USD – has been driving lower since mid-March, and if the bearish move continues it might encounter support at 1.2476 region. The 1.2800 area might act as resistance.

USD/JPY – has been in a down trend since late April, and if the bearish move continues it might target the 106.00 mark. Resistance might be found at the 50-day moving average at 109.62.

US payroll expectations set quite high

Expectations for today’s US jobs report were already high heading into this week, even without some of this week’s positive economic data, and they have only risen further