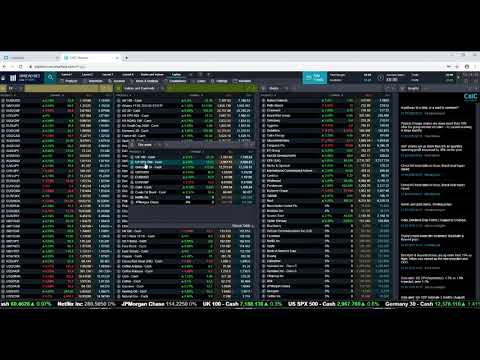 JPMorgan (Q3 results)
Tuesday: Recent earnings numbers from US banks have pointed to a much more resilient environment than that of their European counterparts though in certain areas they still face similar constraints with profitability. In its most recent Q2 numbers, JPMorgan’s profit came in at a record $9.7bn, helped by recent tax cuts and a resilient US economy, plus higher US interest rates. Since then the US economy has slowed a touch and the US Federal Reserve has cut rates twice, flattening the yield curve sharply. This could hinder the US’s largest bank’s ability to perform as well in the second half of the year as it did the first. The shares hit a record high above $120 in August, since slipping back. Is this as good as it gets for JPMorgan or is there a sting in the tail? Goldman Sachs, Citigroup and Wells Fargo also release their latest figures.

EU Council meeting
Friday: Brexit is set to dominate proceedings this week, with UK prime minister Boris Johnson expected to ask the EU for an extension to the Brexit deadline, in the event he is unable to agree a new Brexit deal. Despite all the optimism of the last few hours, there are still many obstacles to any form of deal, particularly on this side of the Channel where MPs have proven to be the biggest roadblock to a deal being agreed. If the UK government is able to square a deal with Ireland there is no guarantee that it will find favour here. Having said that, if you are one of those MPs who was screaming blue murder about the prospect and potential disaster of the UK leaving without a deal, are you prepared to then block any new deal because it doesn’t meet expectations, when presented with one? A lot can still go wrong in the coming days but the moment of truth for posturing MPs may be about to arrive. The government has until 19 October to ask for an extension in the event a deal can’t be agreed; however, it’s not immediately apparent how that squares with the prime minister’s claim that Brexit will happen on 31 October, irrespective of what happens this week.