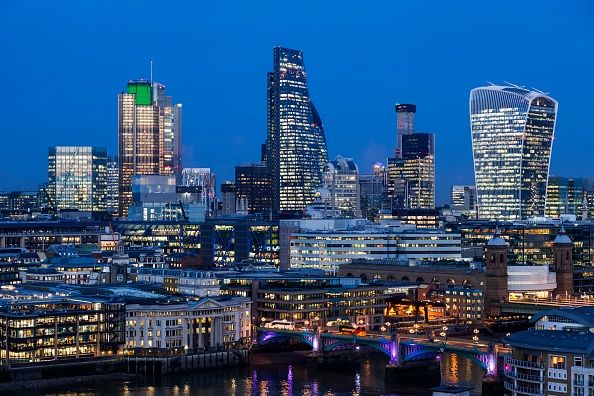 Equity traders are buying into the markets as the fear surrounding the health crisis has dipped.

The number of confirmed coronavirus infections in China is on the rise, but the growth rate seems to be cooling, hence why dealers are less worried about the situation. China’s Xi Jinping claimed the state’s actions to get the crisis under control are working. Eurozone markets have underperformed when compared with the major US indices recently, but today they are closing the gap. The DAX hit a record-high so it’s clear that traders are optimistic. The FTSE 100 is being assisted by the positive moves in mining as well as energy stocks – both sectors are connected to China.

TUI AG shares are flying high after the company issued an upbeat first-quarter trading update. The collapse of Thomas Cook has helped TUI as prospective holidaymakers sought out secure travel outfits. The group confirmed there has been an improvement in ‘bookings trends’, and if that continues, TUI anticipates high single-digit growth in annual revenue. The old guidance was for mid to high single-digit growth. In December, the travel firm warned the Boeing 737 Max fiasco could weigh on earnings, but the company now predicts full-year core earnings to be between €850 million and €1.05 billion.

After a long time of toing and froing, HS2 has been given the go-ahead. The major infrastructure project will entail building a high-speed rail route between London and Birmingham, with additional lines going on to Manchester as well as Leeds. The likes of Galliford Try, Balfour Beatty and Kier Group are all higher today as traders feel the huge construction project will benefit the groups either directly or indirectly.

Intu Properties shares sold off aggressively on the back of the news that Link Real Estate – a Hong Kong property group – walked away from investing in the company. Intu was seeking to raise funds, but Link have decided against the move. Intu have been hit hard by the rise in online shopping, so it desperately needs funds to beef up its balance sheet – otherwise traders are likely to avoid the stock.

New record highs were achieved on Wall Street as the bullish sentiment continues. US equity markets didn’t suffer than badly during the height of the coronavirus-related selling so now they are outperforming seeing as some of the fears have subsided. Jerome Powell, the head of the Fed is speaking before the House Committee on Financial Services. The central banker said the US economy is in a good place, but there could be some fallout from the health crisis in China.

Sprint Corporation shares are up more than 70% as the merger with T-Mobile gets approval. T-Mobile shares are up in excess of 7%.  A US District judge ruled in favour of the proposed tie-up. The move still needs to get approval from the California Public Commission, but the decision from the judge was one of the final hurdles. A number of states argued that a merger between two of the largest telecoms companies would be bad for consumers in terms of prices. The two groups have pledged to install a 5G network that will service 97% of the US population within three years of the deal being finalised.

GBP/USD was helped along by the UK growth figures. The preliminary GDP reading for the final-quarter of 2019 on a yearly basis showed 1.1% growth, topping the 0.8% forecast. In addition to that, the third-quarter reading was revised upward to 1.2% from 1, 1%. The figures on a quarterly basis showed 0.0% growth in the final quarter, meeting forecasts.

EUR/USD is higher on the session as the slip in the greenback has assisted the euro. It has been a quiet session for the single due to an absence of important economic indicators. Christine Lagarde, the head of the ECB said that ‘monetary policy cannot and should not, be the only game in town’. The central banker is keen for eurozone governments use fiscal tools to help spur economic activity in the region.

Gold is in the red as dealers are in risk-on mode .The bullish run on European as well as US stocks has encouraged dealers to trim their exposure to gold, and in turn pour funds into equities – which are considered to be higher risk than the commodity. Gold’s volatility might have cooled recently but while it holds above the $1,536 area the wider bullish trend should continue.

WTI and Brent crude have rallied as traders are less fearful about the health crisis in China. It would appear the coronavirus crisis is spreading at a slower rate, so that has given traders some optimism. The energy market fell to a 13-month low recently so the slightly optimistic sounds coming out of China in relation to the health tragedy as prompted bargain hunters to enter the fold.

Chairman Jerome Powell and the Federal Reserve Board pulled off a minor miracle overnight.

Markets stall ahead of Fed

Chairman Jerome Powell and the Federal Reserve Board pulled off a minor miracle overnight.

All eyes are on the Federal Reserve as the US central bank is due to announce its interest rate decision at 6pm (UK time), no change to policy is expected.