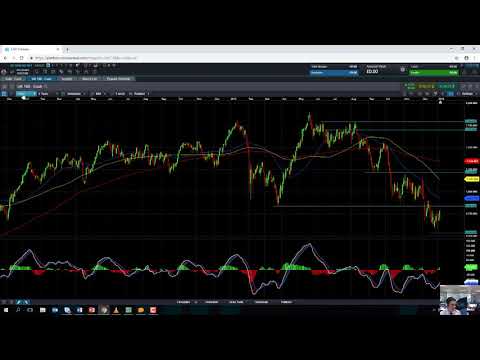 Watch our week ahead video preview (above), read our top five stories to look out for this week (7-11 January), and view our key company earnings schedule.

UK retailer updates
Tuesday-Friday: UK retailers had a difficult 2018 as cautious spending, deep discounting and the rise of online shopping hurt companies. Last year there was a notable increase in profit warnings from retailers, and investors will be paying close attention to how firms fared over the Christmas period. In recent years, ‘Black Friday’ and ‘Cyber Monday’ have taken off in the UK, and it’s possible shoppers stocked up on presents well before the festive season. There are a number of trading updates this week, as Marks & Spencer, Morrisons, Sainsbury’s, Tesco, Card Factory, AO World, Moss Bros and Mothercare all publish festive figures. Some retailers are holding up better than others, and the results will be a good measure of consumer appetite. The UK is set to leave the EU in late March, and there have been some mixed reports regarding retail sales recently, so consumers might be curtailing their spending ahead of Brexit. But with Christmas so vital to retailers, a poor performance would reflect badly on the sector.

Fed minutes
Wednesday: Last month, the Federal Reserve hiked interest rates by 0.25%. It was well anticipated by the market and was the fourth rate rise of 2018. While interest rates are still very low in the wider scheme of things, the cost of borrowing has risen considerably since the credit crisis. These higher borrowing costs will be felt by consumers and businesses – for example the housing market is showing signs of weakness. The US central bank hinted that two rate hikes are in the pipeline for 2019, but at the same time, the bank predicted that growth and inflation would be lower. China is cooling, the eurozone is going through an economic malaise, and the current Brexit outcome is unknown. Some investors are questioning the Fed’s plan to unwind the balance sheet and increase rates when so much uncertainty exists, especially as chatter about a possible US recession has increased. New York Fed president John Williams said in late December that the central bank could review its proposed strategy. It’s possible that Mr Williams feels the central bank needs to adopt a less aggressive policy.

Bank of Canada interest rate decision and statement
Wednesday: The Bank of Canada (BoC) hiked rates three times in 2018, with the Canadian central bank keeping a close eye on its southern neighbour. The Canadian economy is largely in good health, but with the US Federal Reserve potentially taking a less hawkish stance this year, the BoC may well follow suit. The slump in the oil price is a big factor for the Canadian economy. On the one hand, it brings down inflation, but on the other hand, the energy market provides employment and tax receipts. Canada’s November unemployment report was impressive – the jobless rate dipped to 5.6% from 5.8%, while the employment change increased by 94,100, and the vast majority of the new jobs were full-time. Meanwhile, the latest CPI data showed that headline inflation fell to 1.7% from 2.4%, while the core reading dropped to 1.5% from 1.6%. The fall in the core rate suggests that demand is cooling.

Bed, Bath and Beyond Q3 results
Wednesday: Bed, Bath and Beyond’s stock has been sliding for years, which is concerning seeing as the US housing market only peaked at the back end of 2018. The company lost a quarter of its value in September, when the group revealed disappointing second-quarter figures. Earnings per share dropped to 36 cents, which was a major decline compared with the 67 cents per share in the same period last year. Analysts were anticipating 50 cents, so it was enormous in terms of forecasts, while same-store-sales dipped by 0.6% when the consensus estimate was for a 0.3% rise. The retail sector has endured fierce pressure – price cuts and the rise of online shopping has been great for shoppers, but difficult for firms. The mood has shifted recently, as US house prices are cooling and consumer sentiment has dampened, and there is increased talk about a recession. Big-ticket items such as beds and baths are often the first to be affected when shoppers curtail their spending.

US inflation
Friday: The cost of living in the US will be closely watched as it acts as a good gauge for demand. The headline CPI rate is tipped to fall to 2.1% from 2.2%, while the core CPI reading is expected to hold steady at 2.2%. The core PCE reading is the Fed’s preferred measure of inflation, and last month it ticked up to 1.9% from 1.8%, which points to higher demand. Average earnings in the US are over 3%, so workers are getting a real increase in wages, and when people earn more they tend to spend more. Investors are worried the Fed is too determined to keep increasing interest rates, and that this could bring about a recession. The cost of borrowing impacts all aspects of business, and given that personal debt levels are high and the housing market is coming off the boil, further rate hikes might put downward pressure on the economy.