The Week Ahead: UK, US Q2 GDP; EU flash CPI; Boohoo, Next results 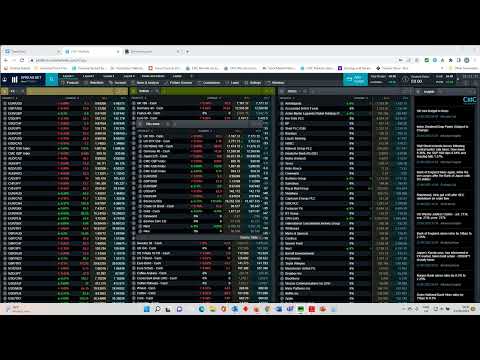 A relatively quiet week is set to deliver the final readings of the UK’s and the US’ second-quarter gross domestic product, as well as the provisional estimate of the eurozone’s consumer price index for September. Meanwhile, retail is the theme of the week’s corporate earnings, with fashion outlets Next and Boohoo due to report their latest numbers, followed by Nike and homeware chain Bed Bath & Beyond.

OUR TOP THREE EVENTS FOR 26-30 SEPTEMBER:

Down more than 60% this year, Boohoo shares are trading at their lowest level for more than six years. In June the online fashion retailer reported that Q1 revenue had fallen 8% to £445.7m, with the main drag coming from its US and European businesses where revenue declined 28% and 9%, respectively. That said, Boohoo maintained its outlook for the year to the end of February 2023, saying that it expected revenue growth to be in the low single digits.

The impact of higher costs and lower margins showed up in the company’s results for the year to February. Profit before tax plummeted 94% to £7.8m, even though full-year revenue rose 14% to £1.98bn. Gross margin tightened to 52.5% from 54.2% a year earlier. CEO John Lyttle blamed the drop in profits on increases in outbound carriage costs and inbound shipping costs, as adjusted EBITDA fell 28% to £125.1m. The retailer also reported capital expenditure of £261.5m as it sought to expand and automate its distribution network. A new warehouse is expected to open in the US in 2024.

The UK economy contracted by 0.1% in the second quarter of 2022, based on the Office for National Statistics’ first estimate of gross domestic product (GDP). That followed a decent start to the year, with the economy growing 0.8% in Q1.

From Q2 onwards, economic performance has been disappointing, as surging energy prices have added to the cost of living and doing business. The 54% rise in energy costs in April contributed to a marked slowdown in economic output. It also constrained consumer budgets as people prioritised spending on energy and other essentials over discretionary items, leading to a 0.2% contraction in personal consumption according to the first reading of UK Q2 GDP.

Another key factor in the Q2 GDP contraction was the 0.4% drop in services output. This decline was driven by the lifting of coronavirus restrictions in health and social work. Notably, the government’s consumption of goods and services – including the test and trace programme, lateral flow tests and vaccinations – declined 2.9%. In a more positive development, business investment increased by a larger-than-expected 3.8%.

In the third quarter, economic performance is likely to have been equally as weak as in Q2. A second successive quarterly contraction would place the UK in a technical recession.

Inflation is likely to have risen further in September, with headline CPI expected to have increased to 9.5% and core prices thought to have risen to 4.7%.

In Germany, the pressure on businesses to pass higher costs onto consumers appears to be increasing, with the country’s producer price index (PPI) surging 45.8% in the year to August. Some of this producer price growth is filtering down into higher core prices. Eye-watering PPI readings are also increasing the pressure on the European Central Bank to implement further aggressive interest rate rises, posing a particular problem for heavily indebted member states such as Greece, Italy and Portugal.

In August German business confidence appeared to be more or less steady compared to the previous month. Sentiment, as measured by the Ifo business climate index, slipped to 88.5, down from a reading of 88.7 in July. Given the inflationary pressures that Germany’s economy is grappling with, it’s amazing that business confidence didn’t decline further. The Ifo Business Expectations subindex edged down to 80.3 from 80.4 in July. For September, rising inflation is likely to have contributed to further declines in the two Ifo readings.

The Saga share price has halved this year, weighed down by negative sentiment towards its Covid-disrupted cruise business. When the company reported its last set of full-year results the outlook appeared more positive, with 86% load factor bookings for the first half of this year and 73% for the full year. At the time, Saga said that it expected to return to profit this year, after posting a loss of £23.5m for the 12 months to January 2022. Bosses were hopeful that demand for travel and cruises would recover to near-normal levels – it will be interesting to see whether that optimism persists when the half-year results are announced on Tuesday.

Saga’s insurance business, its largest division by revenue, traded in line with expectations last year, although profits were lower due to increased marketing spend.

In July Saga said that it remained on track to deliver an underlying profit before tax of £35m to £50m in the current fiscal year, with the full-year load factor expected to rise to 75%. Bookings for 2023/24 were running at 34%. However, the insurance business was lagging, with motor and home insurance policy sales down 9% versus the year-ago period.

US second-quarter GDP was revised up to a contraction of 0.6% at the second estimate, versus an initial estimate of a 0.9% decline. The second estimate still indicated that the US was in a technical recession after two quarters of economic contraction, but it also marked an improvement on Q1, when the US economy shrank by 1.9%. Most of the improvement was driven by personal consumption, which grew by an upwardly revised 1.5%.

Supply chain disruptions have been a key factor behind the decline in economic output. These issues, partly the result of lockdowns in China and other countries, have left lots of products unfinished or snarled up at ports. This week’s third and final reading of Q2 GDP isn’t expected to materially impact markets’ view of the US economy.

Although Next’s numbers have held up well, its share price has fallen more than 30% so far this year. It seems that investors aren’t really distinguishing between retailers that are performing well and those that are struggling.

At the beginning of August, Next said that full-price sales were up 5% and £50m ahead of previous guidance. The retailer added that the unusually warm temperatures during June and July prompted a jump in spending on summer clothing. Sales in retail stores have recovered, while online sales have reverted towards their longer-term average.

Looking ahead, while the company maintained its full-price sales guidance for the year, it also raised its full-year profit guidance by £10m to £860m. Given the slide in retail sales during August, one wonders whether Next might need to rethink that forecast in the second half of this year.

It wasn’t plain sailing everywhere, though. In China, sales fell 19% to $1.56bn. Yet despite the various challenges, the company still went ahead with a new four-year $18bn share buyback programme, as total revenues for the last financial year grew 5% to $46.7bn.

For Q1 the company says it expects revenues to be flat or slightly up versus last year, in spite of ongoing disruptions in China and elevated freight and other costs. Nike also expects to continue to grow its direct-to-customer business, pivoting away from wholesalers in a trend that has played out over the last few quarters. Profits for Q1 are expected to come in at $0.95 a share

The homeware retailer and popular meme stock saw its share price soar from $7 to $30 in August as retail investors looked towards a strategic update at the end of the month. However, the short squeeze came to an abrupt halt when Ryan Cohen, the company’s biggest shareholder at the time, seized the opportunity to sell his entire 9.8% stake in the business, after which the shares fell back to below $10 as quickly as they’d risen.

Although the shares have stabilised somewhat since the August volatility, the strategic update that month doesn’t appear to have restored confidence in the company’s prospects. The update revealed that the retailer expects Q2 sales to have declined 26%. Bosses also announced the closure of 150 stores that will result in significant job losses. Among those to be laid off are senior managers, including the chief operating officer and the chief store officer. Management also reserved the right to sell and issue new shares from time to time in order to pay down debts and to cover other corporate costs.

In Q1 sales fell 25% as the business posted a loss of $358m. As part of the August update, the company said it had agreed financing deals worth more than $500m as it looks to shave around $250m off its admin costs in an effort to turn around the ailing business. Losses for Q2 are expected to come in at $1.55 a share.

Consumer spending edged up a meagre 0.1% in July as the rate of growth slowed from 1.1% in June. This slowdown partly stemmed from a 0.4% fall in retail sales. Although personal spending has grown month-on-month in every single month this year, August could mark a turning point.

Lower retail sales are hardly surprising given that gasoline prices soared over the summer. Further cutbacks may be on the cards, with retailers such as Walmart and Target issuing profit warnings on the basis that consumers are prioritising food, fuel and energy bills over discretionary items. It is also notable that growth in consumer credit slowed in July as interest rates continued to rise.

The US Federal Reserve raised interest rates by 0.75 percentage points for the third consecutive time on Wednesday, even though its favoured measure of inflation, the core personal consumption expenditures (PCE) price index, has been falling since peaking at 5.3% in February.

In the year to July, core PCE inflation slipped to 4.6% from 4.8% in June, reaching its lowest level this year. With only two more Fed meetings remaining this year, discussions among policymakers are likely to centre around whether to raise rates by a further 75 basis points in November, or whether signs that US inflation may be easing should prompt a more modest rise of 50 basis points.

Estimates suggest that core PCE edged back up to 4.8% in August, which could see policymakers lean towards another 75 basis point hike.

The cruise industry, like most areas of the travel sector, has had a difficult two years. Carnival's annual revenue collapsed from $20.8bn in pre-pandemic 2019 to $5.6bn in 2020, before a further decline to $1.9bn in 2021. While the company is on course to beat those last two tallies this year, it will be some time before normal service is resumed.

For Q2, the company posted a bigger-than-expected loss of $1.9bn, as revenue fell short at $2.4bn. Though disappointing, the numbers were an improvement on Q1. Moreover, occupancy rates rose to 69%, up from 54% in Q1, as booking volumes almost doubled. Carnival said it still expects to post a net loss in Q3 and for the full year, but occupancy rates are expected to return to historical norms next year.

Against this improving outlook, it was a surprise to learn in July that Carnival had raised a further $1bn in share capital to shore up its financial position. This news sent the shares sharply lower, though they soon recovered as investors took the view that management was at least taking action to keep the company afloat. Losses for Q3 are expected to come in at $0.21 a share.