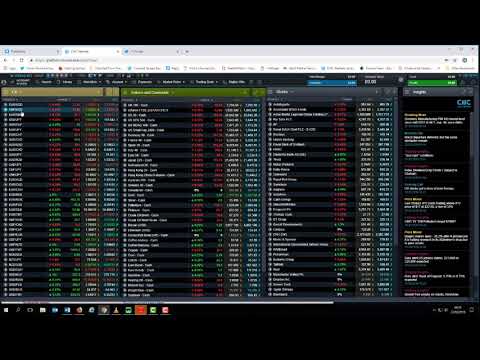 Watch our week ahead video preview (above), read our top ten stories to look out for this week (25-29 March), and view our key company earnings schedule.

Chief Market Analyst Michael Hewson looks back at this week’s key events relating to the Fed and Brexit. He also looks ahead to what's coming up in the next few days, including further Brexit votes in parliament, the latest Apple event and Lyft IPO.

German IFO business sentiment
Monday: Business sentiment in Germany has been declining for several months now and has shown little sign of picking up; concerns over US and China trade and the prospect of a no-deal Brexit have been weighing on sentiment. This is unlikely to have changed in March, which means we could get another weak reading.

Apple event
Monday: Apple is expected to unveil a new subscription-based, video-streaming service, which it anticipates will take the fight to Amazon and Netflix, who appear to have sewn up this part of the techno space. The launch is likely to be high profile, with a host of celebrities attending. The service is expected to be integrated within Apple TV, but if the tech giant wants to gain traction, it may have to consider developing an app, or partner with broadcasters in the way Netflix has partnered with Sky and its Q set-top box.

Fevertree full-year results
Tuesday: It looks set to be another positive year for the British success story Fevertree, a company which has turned into one of the leading exporters and producers of carbonated mixers. Full-year revenue is expected to have risen 39% to £236m, with UK revenue rising 52%. The growing popularity of gin as the tipple of choice has helped drive sales, with the Wine and Spirit Trade Association reporting that 66m bottles of gin were sold in 2018, a rise of 41%. The deal signed with US-based Southern Glazer’s Wine & Spirits has also helped boost profit, pushing revenue up sharply compared to 2017.

AG Barr full-year results
Tuesday: The Irn Bru maker, AG Barr, is expected to post a decent set of numbers. Revenue is predicted to rise by 5%, on the back of increasing volumes. The only cloud on the horizon is likely to be around the economic outlook and further regulatory interventions in the form of higher sugar levies. With the shares already near record highs, there is some scope for disappointment if the numbers fall short.

Lennar Q1 results
Wednesday: It’s been a difficult year for US housebuilders, as new and existing home sales have been in steady decline for months now. Since the beginning of 2018, Lennar shares have declined over 25%, although we have seen some decent gains since the lows at the end of last year. At the beginning of this year, management said that sales and deliveries missed their targets in Q4, and so far housing data hasn’t shown any significant improvement suggesting that the company may have got off to a similarly slow start to its new financial year.

Lyft IPO
Thursday: Ride-sharing firm Lyft is set to list on the Nasdaq with a valuation of around $20bn, with 30.77m shares listed between $62 and $68 a share. Management are hoping to raise a total of around $2bn. The shares could get a decent pop higher when they open this week, based on reports that the book was oversubscribed within just two days.

US Q4 final GDP
Thursday: The US economy is expected to see GDP growth adjusted down to 2.4% from 2.6% in the latest update on economic activity. US officials downgraded their expectations for interest-rate rises at last week’s Federal Reserve meeting, on the back of subdued inflationary pressure and concerns over a slowing global economy.

Brexit deferred
Friday: This week's EU Council meeting gave us a plan B for the UK’s departure from the EU: an extension until 22 May if Theresa May's deal is passed. This looks unlikely given the negative reaction towards the prime minister’s speech, which means an alternative scenario where MPs would have until 12 April to either put forward alternative arrangements, pass the deal, or push for another extension. The option of no deal is likely to remain on the table in the absence of a revocation of article 50, which means for now Brexit has been deferred. For this to happen however, MPs still need to vote and pass a statutory instrument to move the departure date from 29 March to 12 April. A series of indicative votes, on an alphabet soup of options, should give us a better idea of what MPs can agree on, with some speculation that there could also be a non-binding vote on revoking. This option would be certainly be interesting given the current febrile atmosphere, and probably wouldn’t be particularly helpful in lowering the political temperature. We'll also get a better idea of whether Prime Minister May can actually survive in position over the course of the next few days.

UK Q4 final GDP
Friday: The UK economy had a disappointing end to 2018, although economic activity showed solid expansion despite a sharp slowdown in December. Economic growth is expected to have slowed to 0.2% in Q4, from 0.6% in the third quarter, while annualised GDP is expected to slow to 1.3%. Business investment is expected to show the largest drag, with an annualised decline of 3.7%.

EU flash consumer price index (CPI) (March)
Friday: Earlier this month, the European Central Bank sharply downgraded its estimates for GDP and inflation over the course of the next 12 months. Friday's flash CPI numbers for March are expected to reinforce this pessimistic view, with headline inflation predicted to remain at 1.5%, and core prices likely to come in even weaker at 1%.