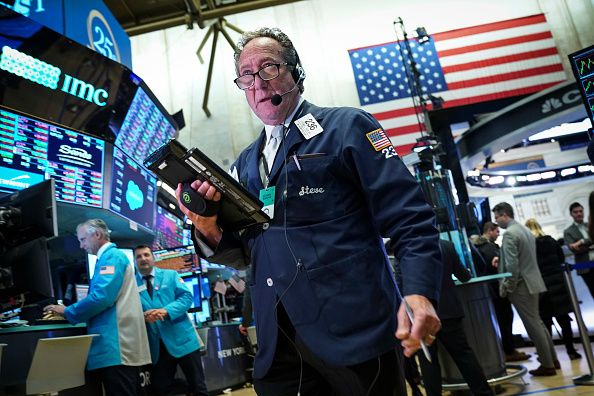 Equity markets are in positive territory this afternoon.

The health crisis is still bubbling away in the background but traders have shrugged that off for now. Lately US-China relations have been tense, but Beijing will speed up the purchase of agricultural goods from the US, so this has assisted market sentiment as it would be a step towards honouring phase one of the trade deal between the two countries. That’s not to say that President Trump won’t pick a fight with China again.

The EU held a summit today to discuss the €750 billion rescue package that’s needed to revive the economy. €500 billion has been earmarked for grants and the remaining €250 billion will be issued as loans. Countries such as Denmark, The Netherlands and Austria are not keen on the idea of such a huge amount being issued as grants - they would prefer more loans to be issued. They would also like conditions to be attached to the grants. The likes of Spain and Italy are in favour of the current proposal, so once again, the old north-south divide is playing out in continental Europe. If the northern nations want to keep the show on the road, then they might have to grin and bear it, otherwise anti-EU sentiment in Italy will probably rise. The meeting ended with no agreement and it is likely to be in and out of the news for a while.

Wood Group, the energy services company, confirmed that first-half revenue slipped to $4.78 billion. At the end of May, the order book stood at $7 billion, which was an 11% fall from the end of December. In terms of work, $3.5 billion worth of work will be completed in 2020. The group’s business is closely tied to what is going on in the oil market, as oil firms tend to use firms like Wood Group more when the underlying energy market is strong. The turbulence in the oil market recently has prompted the group to curtail outgoings, and it confirmed costs have been cut by $200 million. Margins are expected to improve in the second half because of the cost-cutting scheme. The first-half operating profit before exceptional items is tipped to be $80-$90 million, which would be a huge fall from the $168 million posted last year.

It was been another painful day for Wirecard as confidence in the company’s credibility continues to drop. There are questions hanging over its accounts as EY, the auditor, couldn’t find any evidence of the existence of a €1.9 billion cash balance. The accounting firm suggested that actions were taken to intentionally deceive them. A number of the senior management team have left in the past 24 hours, including the CEO Markus Braun. Fears are circulating the group might breach its covenants. Given the concerns about fraudulent behaviour possibly having taken place, credit is probably going to be difficult to obtain. To add to its woes, institutional investors Union Investment and DWS have threatened legal action because of the accounting scandal.

RBC cut its price target for British Land from 455p to 425p, hence why the stock is in the red. Land Securities shares are a little lower too.

Yesterday, Taylor Wimpey shares fell on the back of the news that it raised £520 million from issuing new shares. The builder raised funds with the intention of buying more land. Today, the stock has recouped some of those losses. A number of banks changed their target for the house builder today. Citigroup and Canaccord raised their price targets, while Morgan Stanley and Credit Suisse lowered their targets.

Ted Baker shares have tumbled on account of the admission of new shares to the exchange – relating to a share offering carried out at the start of the month.

Stocks are showing respectable gains thanks to the slightly positive sentiment in relation to US-China trade. The rising Covid-19 rate in states like Texas hasn’t been forgotten by dealers, but it seems they are becoming immune to the idea of a higher infection rate, as that’s the result of reopening your economy.

JD.com and Alibaba shares haven’t moved much today even though both companies saw a surge in sales during the Chinese shopping festival, 618. JD registered sales of 269.2 billion yuan, and that was a 25% jump on last year’s reading, while Alibaba posted gross merchandise value of almost 700 billion yuan. The healthy levels of spending point to a rebound in the Chinese economy.

Marathon Petroleum shares are higher this afternoon on the back of a report that it is looking to sell its petrol station division, Speedway. It is believed the unit could be sold for up to $18 billion. There is speculation that Alimentation Couche-Trad might be interested in acquiring the operation. Earlier this year, Marathon were in talks to spin off the business for $20 billion, but the pandemic derailed those plans.

The CMC GBP index is down 0.4% as the bearish move in the pound continues. Sterling has been drifting lower in the past few sessions, and even though yesterday’s decision by the Bank of England to add £100 billion to its quantitative easing scheme was expected, sterling declined. The UK net public sector borrowing for May was £54.49 billion. The April reading was revised down to £47.77 billion, so in the past couple of months the UK’s national debt jumped by over £100 billion. The cost of the furlough scheme is driving up debt. The UK’s debt as a percentage of its GDP has now exceeded 100% for the first time since 1963. UK retail sales enjoyed a big bounce back last month as the May reading was 12%, and that was in stark contrast to the 18% fall posted in April. The report underlines the desire of consumers to go out and spend.

AUD/USD is higher on the session as Australian retail sales swung from a fall of 17.7% in April to a jump of 16.3% in May. It is clear the economy is rebounding from its lockdown.

The euro was in focus today as an EU summit was held. The meeting ended without an agreement, but there is a feeling that in the end some compromise will be reached, as the EU have a history of brokering a deal in the end.

Gold is higher this afternoon despite the rebound in the greenback. The dollar was lower, but it is now fractionally higher on the session. The metal is traded in US dollars so when the greenback slips, it tends to assist the market. Gold has traditionally underperformed when equities are higher as it is considered to be a safe haven play. Lately, that hasn’t been the case, hence why the metal is up today despite the bullish move in stocks.

Oil is higher today as Kazakhstan and Iraq have pledged to improve their compliance rates in relation to the huge production cut that OPEC+ have in place. The historic cut in output was a sign the nations mean business, and now that the group is putting pressure on countries that are not fully complying, it reinforces the idea that the group are determined to boost the price. The WTI August contract is back above $40, while the Brent crude August contract is comfortably above $42.