Caution prevails as US and China seal the deal 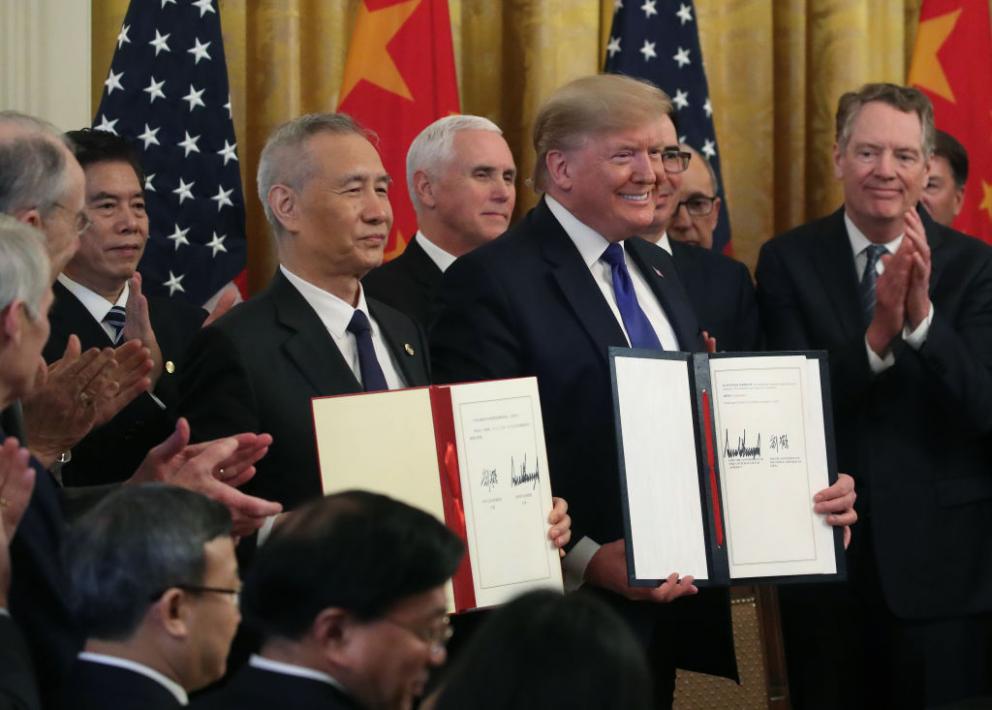 After months of wrangling the US and China finally signed their phase one trade deal yesterday. The terms, which have brought a pause to standoff that has lasted nearly two years, contained a pledge by China to purchase $200bn of US goods and services over the next two years, as well as tighter rules on intellectual property.

Amongst a number of downsides was the fact that the deal still means that tariffs still remain on $360bn of Chinese goods, and are likely to remain there for at least another 12 months, at the very least.

This because of a pledge by President Trump that the existing tariffs would remain in place until the second phase of a deal had been agreed. Given that it has taken nearly two years to pick off the low hanging fruit of a phase one deal, it does stand to reason that phase two is likely to take much longer. It also probably suits President Trump’s narrative to incorporate the prospect of a phase two deal into his re-election campaign.

In any case the tail risk for markets in the short term isn’t in the form of further de-escalation, but in the form of the deal falling down, and tariffs getting increased again. This does have to be set against the likelihood that President Trump would be prepared to risk a flare-up in the lead up to the presidential vote on November 3rd.

While US markets greeted the signing of the deal with fresh record highs for the Dow and S&P500, as various earnings reports continued to come in thick and fast, these gains proved to be difficult to sustain, as investors took profits heading into the close.

Having spent most of the last few months worrying about China trade and geopolitical tensions in the Middle East, and in particular Iran, both now appear to have taken a slightly more benign turn.

Whether this current situation lasts is anybody’s guess, but for now markets can now focus more on earnings, as well as the prospects for the global economy.

The US consumer continues to look in fairy good shape, though yesterday’s disappointing earnings report from Target, could well be an early warning sign that the US economy might be on the turn. On the plus side management kept future guidance unchanged raising the prospect that the slow quarter may well have been a one off.

Today’s US retail sales numbers for December could well see a decent rebound after a lacklustre 0.1% gain in November, which appeared to show a more cautious US consumer over concerns that the US and China might well ratchet up their trade tensions further. Expectations are for a 0.5% gain in December retail sales as US retailers strive to hit their straps when it comes to their full year targets.

Weekly jobless claims are set to remain steady at 217k.