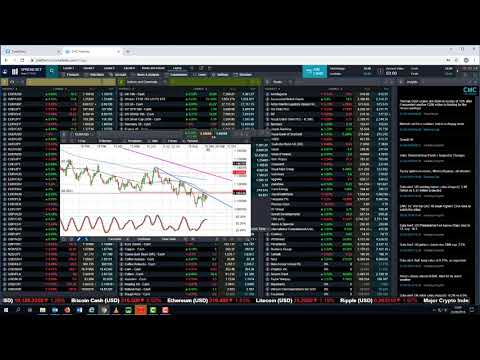 Watch our week ahead video preview, read our pick of the top stories to look out for this week (23-27 September), and view our key company earnings schedule.

Chief market analyst, Michael Hewson, looks back at this week's key events, including the oil price spike. He also looks ahead to the latest German economic data, Brexit developments and the key levels for the FTSE 100, DAX, S&P 500 and the pound.

Germany and France flash PMIs
Monday: For most of this year there has been some significant divergence in recent PMI numbers; manufacturing has underperformed, while the services sector has managed to hold up reasonably well. There has been some evidence in recent months of a bit of a pickup in manufacturing, albeit from very weak levels. August did show minor improvement, however this needs to be sustained, with France looking particularly perky. In the wake of recent easing from the ECB, investors will be looking for the improvements seen in August to be maintained, in the hope of a positive end to Q3 as we head into year end.

German IFO business climate (September)
Tuesday: Recent weak readings would appear to point to the prospect of a German recession as we come to the end of Q3. With economic activity already at its lowest levels since 2012, the German economy has been buffeted by the triple headwinds of disruption to three of its key markets. Caught in the crossfire of US-China trade, it is also dealing with the uncertainty around its auto industry, as well as the prospect of US tariffs. The possibility of a ‘no-deal’ Brexit isn’t helping either. Last week we did see a rebound in the ZEW which may point to a rebound in the IFO, however activity is still likely to remain subdued.

Thomas Cook Q4 results
Tuesday: The woes of Thomas Cook have continued to dominate the headlines in the past week or so, despite a recent rescue and restructuring package agreed with Fosun. Its other creditors, led by RBS, demanded another £200m last week as doubts grew that it would be able to get through to next year. The weak holiday market, as well as the company's litany of problems, has prompted concerns that the business is reaching the end of the road. This concern has seen some investors push back on the deal with the real risk the firm could collapse in the coming days.

US consumer confidence (September)
Tuesday: At the beginning of August, President Trump unexpectedly announced further tariffs on the remaining $300bn of Chinese goods not already subject to them. Ordinarily this might have impacted consumer confidence, which hit its highest levels this year in July. But rather surprisingly, US consumers shrugged off any concerns about higher prices with a fairly modest fall in August, while retail sales have also held up quite well. As we come to the end of Q3, investors will be looking for signs that US consumers are starting to lose confidence in the resilience of the US economy. Evidence of that has so far been scant, with wages still growing strongly and unemployment at multi-year lows. A sharp decline in September consumer confidence could be an early sign that sentiment is starting to shift.

Nike Q1 results
Tuesday: The Nike share price has been flirting with all-time highs for most of this year, held back to some extent by concerns about finding itself in the firing line of the US-China trade war. At its most recent update, the company reported that margins were starting to come under pressure despite revenues rising to $10.18bn, while profits came in slightly below expectations at $0.62c a share. Up until then, Nike had managed to shrug off concerns about the impact on its markets in China. Recent increases in tariffs could call this into question, however these have yet to kick in. Expectations are for profits to come in at $0.70c a share.

Boohoo Group half-year results
Wednesday: There hasn’t been much in the way of good news for UK retail so far this year, but it would be incorrect to assume that there haven’t been any bright spots. There have actually been quite a few, including Boohoo, which only recently upgraded its profit expectations in a preview to this week’s first-half trading update. It announced that group sales growth was now expected to be between 33% and 38%, up from 25% to 30%, with margins expected to remain steady at 10%. The company also recently acquired the online businesses of Karen Millen and Coast for £18.2m, and with the shares recently pushing up to a record high, optimism is high that the company can continue to improve margins and profits.

RBNZ rate decision
Wednesday: At its last meeting, the Reserve Bank of New Zealand unexpectedly slashed its interest rate by 0.50%, bringing its headline rate in line with Australia’s rate of 1%. The bank also doubled down with some fairly dovish forward guidance, saying it was concerned about persistently low levels of underlying inflation. With its key export partners China and Australia also showing signs of economic weakness, we can probably expect another dovish update, and the potential of further losses for the New Zealand dollar.

US Q2 GDP (final)
Thursday: The final US Q2 GDP reading is likely to be uneventful. US consumers helped drive the US economy in Q2, with personal consumption particularly strong. This week’s final revision is unlikely to change that, particularly since unemployment still remains low and jobless claims are stuck around the 200,000 level.

Mitchells & Butlers Q4 results
Thursday: The UK pubs sector has been in the news for a number of reasons in recent weeks. The acquisition of Greene King for £2.7bn, by Hong Kong’s richest man Li Ka-Shing, is the latest move which has seen UK pub chains sell off some of its key assets to cope with declining sales and a smaller footprint. Recent updates from the sector have seen like-for-like sales declining, as well as lower overall beer volumes, but it’s not all bad news. At its last update Mitchells & Butlers reported a profit rise 8.7% to £75m in the first half of the year, with revenue exceeding £1bn, and investors will be hoping for more of the same when the company reports later this week.

Carnival Q3 results
Thursday: Cruise-line operators are always at the forefront of any concerns about the health of the consumer, and in particular the US consumer. In its last update, Carnival trimmed full-year guidance from between $4.35 and $4.55, to between $4.25 and $4.35, citing restrictions in travelling to Cuba. This year’s hurricane season is unlikely to have helped in the last few weeks, with the damage caused by Hurricane Dorian likely to have impacted the business. Expectations are for profit to come in at $2.52c a share.