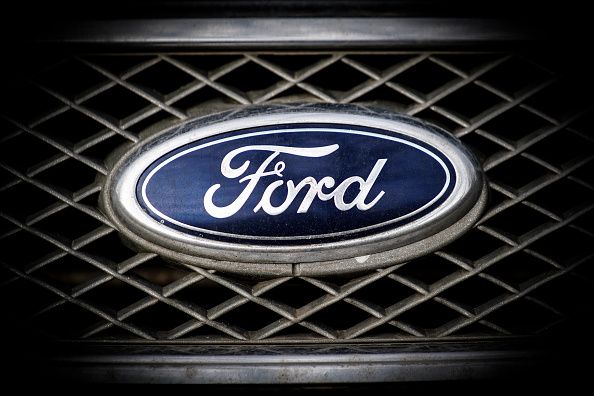 Stock markets are mixed this afternoon as the trading week draws to a close.

The FTSE 100’s relatively high exposure to the commodity sector is why the index is underperforming its continental counterparts. The sharp sell-off in oil is hurting the energy sector, and the miners are lower too. The London equity benchmark reached a six month high during the week, and the wider sentiment is still positive.

RBS shares are in the red over concerns about lending margins and the balance sheet strength has weakened a little. RBS confirmed that first-quarter operating profit fell by 16.48% to just over £1 billion, which topped forecasts. The profit attributable to shareholders fell by over 12.5% to £707 million, but it comfortably topped the £546 million forecast. Uncertainty in relation to Brexit is regularly used as an excuse for underperforming, but it is justified for RBS. The flattening of the yield curve has made it harder for banks to make money, and the net interest margin declined to 1.89% from 2.04% in the same period last year. To make matters worse, the cost income ratio for the period was 63.4%, up from 60.5% last year. The CET1 ratio slipped to 16.2%, and that is a little concerning, but the bank is still in good health.

Ross McEwan, the CEO, announced his plans to step down yesterday, and given that the bank has returned to profit, and has started paying dividends again, it is fair to say that Mr McEwan has done well in turning the company around. Asset disposals, and downsizing have played a major role is the restructuring programme, and even though more is still needed, it is certainty in better shape now.

Deutsche Bank shares are lower today after the bank cited ‘unfavourable macroeconomic’ conditions for the poor performance at the company’s corporate and investment banking division. The group registered a 67% jump in quarterly net income to €201 million, which topped the consensus estimate. The good news about the headline figure was already priced in as the company made a brief announcement about it yesterday. Revenue for the period dropped by 9%, and the bank now expects revenue for 2019 to be broadly unchanged on the year. In light of the Commerzbank merger talks collapsing, and today’s subpar outlook, sentiment surrounding Deutsche Bank is likely to remain negative.

Ferrexpo shares have sold-off sharply after the company’s auditor, Deloitte, resigned with immediate effect. The announcement comes after Deloitte recently said that some of the company’s funds donated to a charity in Ukraine might have been ‘misappropriated’. The fact that Deloitte walked away from the company abruptly sends out a negative message. Ferrexpo might struggle to find a new auditor, and investors are likely to remain bearish on the stock in meantime.

US markets are a little lower today as the reporting season continues to dominate. The US economy grew by 3.2% in the first-quarter, which was comfortably above the 2.3% forecast. The number was good, but it might not have been as good as initially thought. The core PCE price advance reading dropped to 1.3%, and missed the forecast of 1.6%. Adding to that, the inventory spending was high, and fixed investment was weak, and that suggests that things are not as bullish as they seem. That being said, the US should economy is on track for a strong 2019.

Ford shares are in high demand today after the company posted solid figures. Quarterly EPS were 44 cents, while the consensus estimate was 27 cents, and revenue from the auto business was $37.24 billion, which was narrowly ahead of expectations. The group confirmed that strong demand for sport utility vehicles and trucks in North America helped the overall results.

Amazon shares are higher after the company posted very impressive quarterly results last night. EPS came in at $7.09, which smashed the $4.72 forecast, and revenue was $59.7 billion – in line with forecasts. The Amazon’s cloud service posted a 41% jump in revenue, and the web services business continues to be an ever important component of the business.

Intel shares sold-off sharply today after the company announced respectable results, but the guidance was poor. EPS and revenue were 89 cents and $16.06 billion respectively, and both were a touch higher than forecasts. The group predicts that full-year revenue will be $69 billion, while traders were expecting $71.05 billion.

The US dollar index jumped on the back of the GDP number, but then drifted lower as traders realised the repot might not be a strong as initially thought. The greenback has enjoyed a good run recently so a bit of profit taking isn’t a surprise.

EUR/USD has helped but the retreat in the US dollar. The single currency endured a tough week, and now we are seeing a bit of short covering. The fact remains that the US is greatly outperforming the eurozone in term of economic health, and the wider bearish move in the euro is likely to continue.

GBP/USD rebounded today after four consecutive days of losses. The pound can’t reply on US dollar weakness forever and at some point it will catch up with it.

Gold has been given a boost by the greenback. The metal’s inverse relationship with the US dollar continues, but keep in mind that we have seen a clear series of lower lows and lower highs in gold since February and the trend is still in place.

Oil is set to finish the week a on a low note as traders book their profits. OPEC have confirmed that output will be increased in order to compensate for the potential disruption caused by the US tightening sanctions on countries that trade with Iran.