Europe to open lower after weak US and Asia sessions 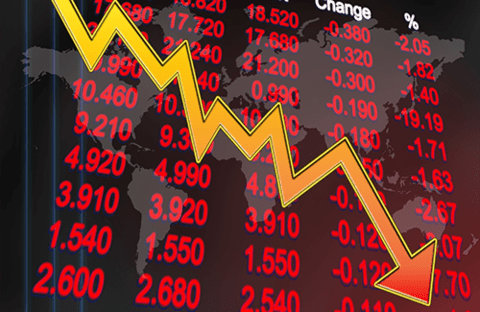 Having seen some decent gains so far this year there appears to be increasing evidence that markets are starting to look a little tired. The first clues appeared yesterday when US markets after racing out of the blocks on Monday found it difficult to hold onto a lot of their gains, even if the Dow did manage to finish the day higher. The S&P500 on the other hand declined for the third day in succession, its worst run of losses since August.

This declining momentum has been something that has been particularly notable in European markets since the peaks back in early November, and while we have managed to find some level of support for most of the past week or so, the subsequent rebounds have been getting shallower.

As a result of last night’s weak US finish, markets in Europe look set to open lower this morning as US politicians look to pick apart the two different incarnations of the US tax bill and try and pass it into a format that both houses can agree on.

The US dollar continues to look fairly well supported in anticipation of some form of legislation being passed, while there still appears to be fairly little concern about the raising of the debt ceiling, despite the expectation that the US treasury will see its cash balances fall to $70bn by the end of this week.

On the data front investors will be looking towards the latest November ADP employment report which is expected to show that 189k new jobs were added, down from 235k in October, despite the boost that normally comes from companies taking on extra staff over the holiday shopping period.

Yesterday’s ISM services numbers revealed that economic activity was starting to show signs of slowing to 57.4, but that wasn’t too surprising given October’s sharp move above the 60 level. Levels of expansion still remain relatively robust.

The pound had a mixed day yesterday dropping sharply initially as markets digested the break down in Brexit talks from the Monday and mulled over the prospect as to whether the gap between the DUP can be bridged and some form of consensus reached in the coming days.

As the day progressed the pound did manage to claw back a good proportion of its initial losses, as attention shifted towards the next few days and the prospect that the gap can be bridged. Ultimately progress on the border is likely to provide the template for trade talks given how the two are interlinked. If the border issue can be resolved then any transition to trade talks is likely to be easier, which means that they could be rolled up together.

It’s also a big day for the Canadian dollar with the latest Bank of Canada rate decision due later today. Last week’s Canada jobs data showed an economy that appears to be performing well. Having raised rates twice this year already and seen no real ill effects given last week’s economic data, the outlook for the economy looks fairly positive. Unemployment dropping sharply to 5.9% last week and an economy that grew 0.2% month on month, it would be unexpected if the central bank were to move for the third time this year.

With the US Federal Reserve set to hike next week it seems likely that the Bank of Canada will probably wait until next year before acting again. Inflation still remains fairly benign despite the recent rise in the oil price, and the Bank of Canada will be reluctant to overburden Canadian households too much in the space of a single year, given the level of household debt. A rate rise now would not be a particularly welcome Christmas present but Governor Steven Poloz may well want to prepare the ground for one sometime early next year.