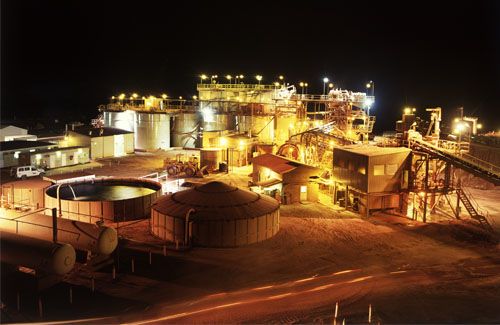 It has been a lacklustre session today as it was a quiet day on the news front.

The mood was optimistic in general, but a slide in commodity prices left the FTSE 100 disadvantaged in relation to its Continental counterparts. Only some of the bullish sentiment from the Asian session has slipped over to Europe.

Melrose have been eyeing up GKN for some weeks and now the company has raised its offer for the engineering firm. Melrose is now offering 467p per share to GKN shareholders, and they would also get a 60% stake in the Melrose, post-acquisition. Shares in GKN are down 2.7% at 423p today.

Just Eat shares are in the red after Deutsche Bank downgraded their outlook on the stock to sell from hold, and the price target was cut to 630p from 830p. Last week, Just Eat’s share price took a knock after the company stated it is stepping up its investment programme, and the outlook it issued wasn’t as bullish as investors had hoped. The share price is down 1.3% at 777p.

The weakness in metals like copper, gold and silver is weighing on mining companies such as Antofagasta, Randgold Resources and Fresnillo.

Credit Suisse raised its price target for easyJet to 1836p from 1803p. The airline’s share price has been in an upward trend since October 2016, and if it breaks above the 1700p mark, its gains might be extended.

American markets are mixed this afternoon as the lack of news has left investors uninspired. There was a strong start to the session, but the Dow Jones and S&P 500 are now lower on the day, while the NASDAQ 100 reached a new record high.

Dealers are still mulling over Friday’s non-farm payrolls report. Overall, it was a solid update, but it may have taken away from the stronger January report. The update showed that the US economy is still heading in the right direction, but it may be doing so at a slower pace now. The takeaway message is that four rate hikes from the US central bank this year seems less likely, but dealers are still mindful that three hikes are still on the cards.

The US dollar is still in the red, but has been clawing back ground throughout the session. Traders are still analysing the latest US non-farm payrolls report. The headline figure was bullish, but the above average earnings figure left traders less confident the Federal Reserve would hike interest rates four times this year. Nonetheless, the jobs report was good, but it has muddied the water in terms of what the US central bank’s policy will be throughout 2018.

EUR/USDhas seen a small trading range today as there haven’t been any more economic announcements from the eurozone. The currency pair has been relatively range bound over the past six weeks, but if it can hold above the 1 2154 mark, it is likely to remain in the wider upward trend.

GBP/USD has managed to push higher this afternoon despite it being a slow news day. The pound has been drifting lower since late January, but the wider upward trend from last March is still in place.

Gold is feeling the pinch today as dealers are still thinking about the US jobs report. Even though the report showed a slowing of the growth rate in average earnings, it was still a robust update. There is talk the Fed will hike interest rates three times this year, and the first hike could be next week. Gold has come under pressure in March of the past two years as there have been interest rate hikes, so there is a possibility history will repeat itself.

WTI andBrent Crude oilare in the red today as traders continue to be worried about the scale of American output. Last week US oil production reached another record high, and dealers are anticipating an update from the Energy Information Administration (EIA) about US shale production later today. The Commitments of Traders (COT) report showed that speculators with bullish bets on oil dipped for the first time in three weeks, which indicates a change in sentiment.