2021 starts on a bullish note, manufacturing reports in focus 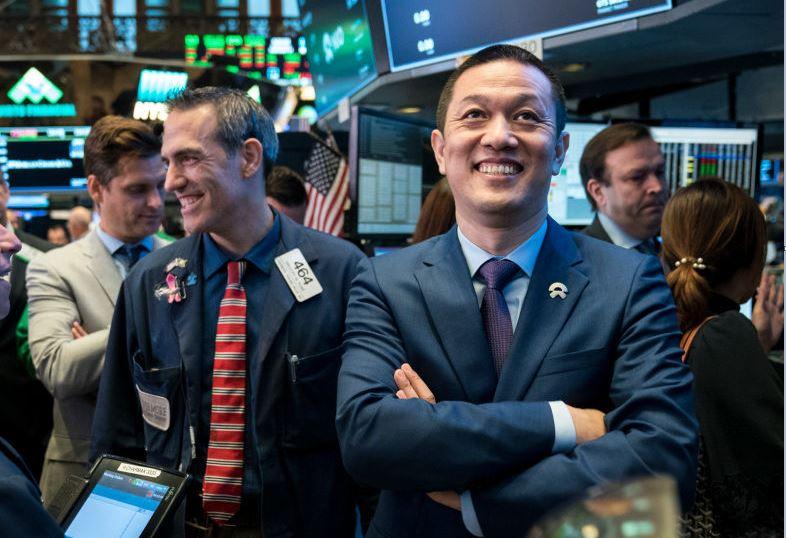 The pandemic dominated the headlines last year but in the final days of 2020, politics took centre stage.

On Christmas Eve, the UK and the EU struck a trade deal after an extremely prolonged negotiating period, easing traders' nerves. The transition period was due to end after 31 December and a deal was approved by both sides in the nick of time. When it comes to the EU, a deal is often cobbled together at the last minute so it wasn't a total shock that it went write down to the wire. The FTSE 250, which is considered to be a better stock market representation of the British economy than the FTSE 100, gained ground when the markets reopened after Christmas but some gains were handed back in the final days of December.

Sterling benefited greatly from the UK-EU trade deal. Even though the last few months were fraught with the back and forth of trade talks, broadly speaking there was growing confidence that some sort of an agreement would be reached. On New Year’s Eve, the pound hit a 32-month high versus the US dollar. Sterling rallied against the euro too, and the CMC GBP index hit its highest level since early September.

Sticking with the political theme, late last month President Trump signed off on the $900bn stimulus package, despite previously suggesting he would veto the plan. One of the reasons why Mr Trump was against the scheme was because it included stimulus payments of $600 while he was pushing for $2,000 cheques. Mitch McConnell, the Senate Majority leader, knocked back the $2,000 payment plan as he felt to would increase the national debt by too much. Despite the political tussle the Dow Jones and S&P 500 finished at record highs last week.

The health crisis is still very much in focus. Covid-19 case numbers have risen in the UK and are at worrying levels in other European nations too. There is talk that England is in for even tougher restrictions, and there are fears that other countries, such as Germany, Denmark and Ireland, will extend their lockdowns. The new strain of the coronavirus is likely to be in the headlines in the near-term, but then again so are the vaccines. The University of Oxford-AstraZeneca vaccine will be rolled out from today after receiving emergency approval from the UK regulatory body.

Overnight the Caixin survey of Chinese manufacturing report came in at 53, while economists were expecting 54.8. The November reading was 54.9 – its highest in 10 years. The 53 reading was the lowest in two months, and even though the update disappointed it was still a respectable level of growth. Stocks in China are showing decent gains and European markets are expected to open higher.

In some quarters, there has been talk of a commodity boom being in the offing because of the rebound in the global economy and the very aggressive stimulus packages from governments around the world. China’s recovery has been remarkable and the country is mineral hungry. Industrial metals like silver, platinum and palladium gained by over 50%, 10% and 22% respectively in 2020.

Gold rose over 25% last year and the weakness in the US dollar was a big factor in the upward move. In late November, the metal fell to a five-month low, but since then it has recovered a little, struggling to get above the $1,900 mark because of the bullish run in stocks, US equities in particular.

Oil will be in focus today as Opec+ will make a decision with respect to output in February. Last month the group decided to boost output by 500,000 barrels per day, and there has been talk that Russia is keen to lift output again, but Saudi Arabia seems to be more of a closed book.

Over the weekend – while other markets were closed – bitcoin traded above $34,000, setting a new record high. The cryptocurrency has been on a very bullish streak recently. Some view it as an alternative investment, especially in an environment where central banks are deliberately trying to weaken their currencies in a bid to deal with the fallout from the pandemic. Bitcoin is also gaining more traction as a form of payment and its acceptance by PayPal has helped its recent rally too.

Last week, the US jobless claims reading fell to 787,000 from 806,000. The update was the lowest reading in four weeks but keep in mind in early November, there was one report that was 709,000 – which was the lowest since March. It is encouraging that the jobs market has been improving lately but there was clearly a setback between November and December. The US non-farm payrolls report due out on Friday will be closely watched, as there are some concerns the economic recovery has run out of steam. Economists are expecting the December reading to be 100,000 and that would be a big fall from the 245,000 posted in November, while the October metric was 638,000, so it seems there is a downward trend in place.

EUR/USD – has been in an uptrend since the start of November and while it holds above the 50-day moving average at 1.1974, the positive move should continue. Resistance might be encountered at 1.2480. Thursday’s candle has the potential to be a daily bearish reversal and a move lower could see it target 1.2129.

GBP/USD – since late September it has been in an uptrend and last week it hit a 32 month high. If the positive move continues, it could target 1.3792. A move pullback might find support in the 1.3500 area. A further pullback could target 1.3289, the 50-day moving average.

EUR/GBP – has been in a downtrend since mid-December and Thursday’s daily candle was very bearish. Further losses might target 0.8864. A retaking of 0.9000 could put the 0.9100 area on the radar.

USD/JPY – is still in its wider downtrend and if the bearish move continues it could find support at 102.00. A rebound could encounter support at the 50-day moving average at 104.16.

After an initially positive start markets in Europe rolled over and finished yesterday in negative territory, after Germany, followed by France, Italy and then Spain said they were pausing