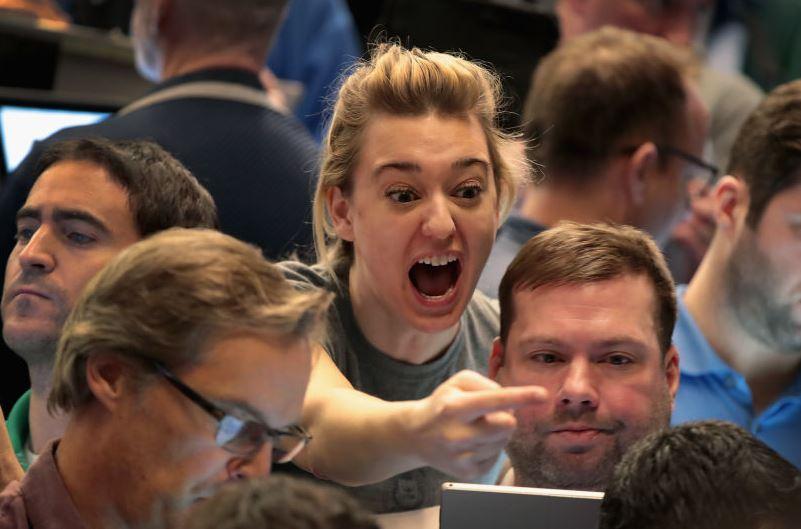 After last week’s big declines, the worst falls since the financial crisis in 2008, we’ve seen a decent rebound this morning, on hopes that we could well see some coordinated intervention from central banks in the coming weeks.

Late on Friday US markets pulled off their lows, after comments from Fed Chairman Jay Powell that the US central bank was prepared to act on monetary policy if necessary. This was followed in Asia this morning by the Bank of Japan who, in an emergency statement, announced that it was prepared to act with additional liquidity if financial conditions warranted. Italy also announced that it would be enacting €3.6bn in stimulus measures to cushion the Italian economy.

As markets in Europe rebound this morning, investors are now faced with the choice of how to react next. It should not be forgotten that we also saw these types of relief rallies in 2008, and while central banks acted in concert then, they had much more policy leeway then than they do now.

Unlike in 2008, bond yields in the US and elsewhere are already at record lows, and while markets might be able to take comfort from Friday’s comments from Fed chair Powell, the relief could be short-lived if the rise in cases over the weekend continues to accelerate and global economic data shows no signs of improving. While it can be argued that US economic conditions don’t warrant stimulus at this time, and you’ll find plenty of people arguing that to be the case, its also not immediately apparent what good a rate cut would do in the face of what is both a demand, as well as a supply shock.

For all the talk of lower rates, the one thing a rate cut can’t do is get people back to work and supply chains back running again. You also have to confront the possibility that simple rate cuts might be the policy equivalent of turning a garden hose on to a mild wildfire, it might dampen it for a while, but it would do little to address the underlying issue itself. That requires benevolence on the part of banks in terms of easier credit terms and forbearance, as cashflow problems start to pile up, for companies in difficulty.

This can be no better borne out by this weekend’s latest China PMI data for February from the manufacturing, as well as non-manufacturing sector, which to all intents and purposes can only be described as lousy. The latest manufacturing numbers slumped to a record low of 35.7, from 50 in January as factory activity cratered due to widespread shutdowns and quarantines. More notably the new orders index slid to 29.3 from 51.4, also a record low. With a lot of Chinese factories still yet to return to work, March may well see an improvement but it’s unlikely to be particularly dynamic. What was more interesting and much more concerning, yet failed to grab the headlines to the same extent, was the slide in the non-manufacturing index, which slowed even more sharply from 54.1 to 29.6, almost halving, as services sector activity ground to a halt.

Let’s just think about that for a moment, given that the services sector now makes up over 50% of the Chinese economy. That means that all of the industries that rely on the Chinese consumer fared even worse than the manufacturing sector. For most of the last two years, it has been Chinese consumption that has been supporting economic growth in the world’s second largest economy, an economy that has had to contend with a trade war with the US, hitting its economic activity.

This pillar disappeared in February and makes the revenue warning from Apple much more illuminating, as trade in travel, advertising, computing, tourism and finance amongst others, collapsed.

Some of the declines seen in stock markets in the last week will no doubt have reflected this collapse in demand, however the big unknown in the coming days and weeks is whether it will have a similar effect elsewhere as the virus spreads out across the world.

This concern, along with news that new cases of coronavirus continue to rise sharply globally is likely to be at the forefront of market concerns in the coming weeks, and while Asia markets and European markets have rebounded strongly this morning, we also saw similar relief rallies in 2008 before sliding lower again.

We still don’t have any clear idea as to how much economic damage is likely to occur in the coming weeks.

For now markets in Europe are rebounding nicely driven by basic resource stocks, with Shell and BP making early gains, while travel stocks have slipped back after an initially positive start. It is notable that TUI Travel was initially the best performer on the FTSE 100 this morning, but these gains have started to diminish, while the airline stock rally subsided within minutes of the market open with Ryanair, Easyjet and British Airways owner International Consolidated Airlines group, now sliding back and continuing to look weak.

For this rebound to stick you really need to see a rebound in travel and leisure and at the moment we aren’t seeing that, and that is a worry. Luxury retailer Burberry is also higher, but not massively so given recent losses.

This gives the impression that any coronavirus effects haven’t actually started to impact economic activity, which doesn’t bode well for Italy, or for the rest of Europe generally. This means markets will have to wait that little bit longer to gauge the likely economic effects.

In company news Sage Group announced that it has agreed the sales of its Brazil business, which is expected to incur a statutory non cash loss of £15m.

Crude oil prices have also recovered off their lows on expectations of a cut in output by Opec, which might support prices.

As markets in Asia and Europe look to rebound from their lows markets in the US look set to follow suit, with the main focus set to be on the latest manufacturing PMI as well as the ISM report for February. The flash manufacturing number saw a recovery to 50.8 last week which should be confirmed later this afternoon. The ISM manufacturing report will be closely monitored for similar signs of resilience, with an expectation of 50.5