European markets have started the week on the back foot as sporadic unrest across China sparks a selloff in global equities. With the rest of the world enjoying life and learning to live with Covid, China continues to double down on a strategy that has little chance of success without an accompanying vaccine program.

With infections surging and more Covid controls being implemented, protests have rippled out across the country after a building fire in Xinjiang killed 10 people with residents claiming that Covid controls had prevented a swifter response by emergency services.

Despite this the declines have been modest, with energy acting as a drag on the back of lower commodity prices, and BP and Shell acting as the largest points drag on the FTSE100, along with Glencore, while HSBC is underperforming due to the Asia based banks’ exposure to the region. Offsetting that AstraZeneca is higher after signing a $402m deal with C4X Discovery to develop a treatment for COPD and other respiratory illnesses.

We’ve also seen weakness in UK retail sales for November which, according to the CBI saw sales fall sharply by 19 points, year on year, down sharply from an 18-point rise in October. With inflation squeezing consumer purchasing power this isn’t as surprising as it sounds given that most people will be keeping their powder dry in the leadup to Christmas and may start spending a little bit more then.

British American Tobacco shares have shrugged off reports that the EU is considering harmonising taxation rules on vaping products in line with taxes on cigarettes, while also increasing taxes on packets of cigarettes themselves. The tobacco companies have touted the benefits of growing their NGP products as consumers increasingly migrate away from tobacco. The risk here is that any new taxes could diminish the incentives for consumers to migrate away from cigarettes which are more health damaging. Currently NGP products make up a relatively small proportion of tobacco companies’ annual income, however any new tax is likely to damage their plans to increase this overall percentage over time.

Housebuilders are under pressure after Zoopla said that the UK housing market was slowing with sellers forced to accept lower asking prices, as well as 44% less demand for homes, with Persimmon the biggest faller on the back of a downgrade from UBS to “sell”

BT Group has also slipped back after announcing a pay settlement of up to 16% on all staff earning less than £50k a year. The CWU has said it will ballot members on the offer while also recommending acceptance. BT also said earlier in the day that it was looking to merge its global services division with its enterprise arm in order to cut costs amidst rising inflation.

US markets have taken their cues from the weaker tone in European markets, opening lower, after closing at two-month highs at the end of last week.

Apple shares have slipped back on concerns over the production of its iPhone 14 as unrest in China impacts on its supply chain. It is being predicted that the unrest could see a shortfall of around 6m iPhone’s largely due to the disruption being experienced at the Foxconn plant in Zhengzhou.

Exxon Mobil and Chevron shares are also seeing some weakness on the back of a US oil price which is now in negative territory for the year.

We’ve seen some weakness in US retail after Williams-Sonoma was cut by Morgan Stanley with the bank warning that a US slowdown could see earnings slow sharply in Q4 and into 2023.

The euro edged up to its highest levels in 5 months after comments from ECB governing council member Klaas Knot who said that the ECB needed to err on the side of over-tightening in an attempt to control inflation. He said that talking of the risks of overtightening “is a bit of a joke”. The reality is it is anything but, when you risk blowing the borrowing costs of countries like Italy out of the water and trigger a currency crisis in the process. Today’s comments would appear to suggest that some countries in Northern Europe are getting even more uncomfortable with high levels of inflation, not altogether surprising when Netherlands CPI is at 14.3%, and suggest that there could be a massive split between the 75bps camp and 50bps camp when the ECB meets in just over two weeks’ time. One thing is certain any misjudgement by the ECB when it comes to tightening monetary policy will quickly find the joke is on them.

Crude oil prices have continued to decline as unrest in China against a backdrop of a much tougher zero-Covid policy has reinforced concerns over demand. Some have suggested that the protests might make a reopening much more likely to happen sooner, however that would feed into a narrative that unrest would prompt a backdown on the part of the Chinese government. This seems unlikely as it could enable further unrest. If anything, the unrest could unleash a much tougher response as President Xi looks to re-establish control. On the plus side the continued weakness in oil prices is great news for consumers, particularly with the pound at or around 1.2100 against the US dollar, prices are now well below £70 a barrel.

Shares in the iconic boot maker Dr Martens had an active end to the week after earnings missed expectations. The stock slipped by more than 25%, although did manage to find some support running into the weekend break. One day volatility was 196.24% against 97.45% for the month.

Wheat prices closed at three-month lows ahead of the weekend break, following the expiry of December options for the commodity. The move came despite ongoing concerns that grain shortages may be seen this winter. One day volume on the US Wheat contract posted 56.9% against 39.76% for the month.

Soybean options expiry on Friday also drove price action here. Despite talk of building supply and weak demand, prices have sat broadly stable during November. One day volatility printed 34.1% against 21.67% over the month.

Fiat currency volatility was depressed with limited economic data being released after the Thanksgiving holiday, with a similar picture being played out amongst cryptos. Across the asset classes, one day volatility came in below the equivalent monthly reading. 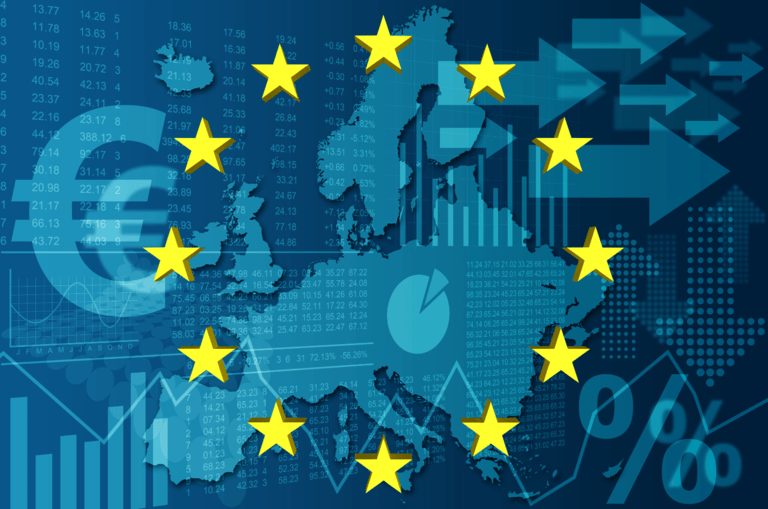 European markets started the week on the back foot yesterday as sporadic unrest across China sparks a selloff in global equities. The weakness spread across to the US,