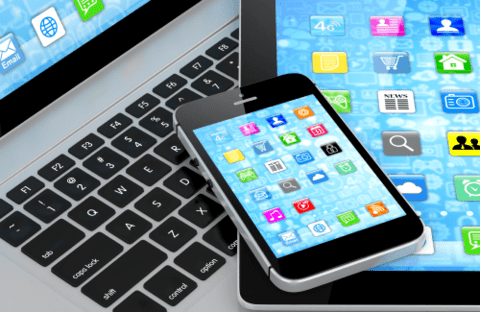 Apple will announce their third-quarter results on Tuesday 1st of August after the close in New York, 9pm (UK time).

Compared with a lot of other technology companies, Apple trading at 15X forward earnings seems relatively reasonable. The consensus is for earnings per share (EPS) of $1.57 for the quarter, up 10% from a year ago, and for sales to be $44.95B, up 6% from last year.

Last quarter Apple reported earnings of $2.09, 3% above market expectations, while sales were $52.8B and in line with expectations. The shares rallied from $145 toward $155 in the weeks following last quarter’s results but have levelled off over the last two months, bouncing around $150.

Apple sold fewer iPhones than anticipated in the most recent quarter, but CEO Tim Cook told shareholders to look beyond ‘greater China’. Smart phone users switching to iPhones, and upgrades from existing iPhone users are both at record highs. This tells us that iPhones are still extremely popular in the rest of Apple’s market.

China and India are countries where Apple faces tough competition from domestic products. This is something the tech giant needs to work on, seeing as smartphone buying has dropped to a nine-year low in North America.

Seeing as the smart phone market is reaching saturation in some countries, Apple can reply on upgrades. The company is tipped to have over 300 million iPhones that will be eligible for upgrades later this year.

Research & Development (R&D) spending increased by 10.7% in the last quarter as the company strives to be at the forefront of technology. There is speculation we could see wireless charging or OLED displays from new models. Mr Cook stated they are ‘investing a ton in machine learning and autonomous systems’.

The company can afford to keep ploughing money into R&D as it is sitting on an enormous cash pile, and it is waiting for Donald Trump’s administration to bring in new tax laws that will see US companies bring cash back to the country and pay a relatively low tax rate in doing so. Mr Trump isn’t having an easy time reforming healthcare legislation, so Apple could be waiting some time yet.

Apple are facing increasing competition from Samsung, who posted record-breaking earnings that topped analyst estimates too. Apple have been comfortably ahead of Samsung in terms of operating profits for years, but the Korean company is closing the gap.

Looking away from iPhones, Apple’s other divisions are doing well too. The app store and the developer forum saw an increase of 40% and 20% respectively.

European stocks finished yesterday very much on the back foot after the OECD followed up yesterday’s World Bank global growth downgrade, with one of its own.

​It’s been another day of weakness for markets in Europe after the OECD followed up yesterday’s World Bank global growth downgrade, with one of its own.