Streaming stocks are the shares​​​ of companies that specialise in streaming and video entertainment. The streaming wars has been a widely discussed and anticipated topic for years, but never as popular as it is now in 2021. Thanks to the COVID-19 pandemic, people all over the world are stuck at home with only technology to depend on for entertainment and streaming service subscriptions are at an all-time high.

Over-the-top (OTT) media services are streaming services that are accessible to viewers through the internet. Video streaming takes place primarily on smart TVs, tablets, mobile phones and desktop computers, as well as other devices. OTT services overlook the traditional methods of cable and satellite TV access and are much easier and quicker to access online. Given their modern popularity, home entertainment can provide many promising assets to trade and streaming services now hold a prominent sector within the financial markets.

We have a wide range of streaming stocks available to trade on our online trading platform, Next Generation. You can trade shares from both blue-chip companies​​​, such as Netflix and Amazon, and rising streaming stocks, via a spread betting or CFD trading account. Trade these alone or as part of our streaming share basket collection, which we discuss further on in the article.

See inside our platform

Get tight spreads, no hidden fees and access to 9,300+ instruments. 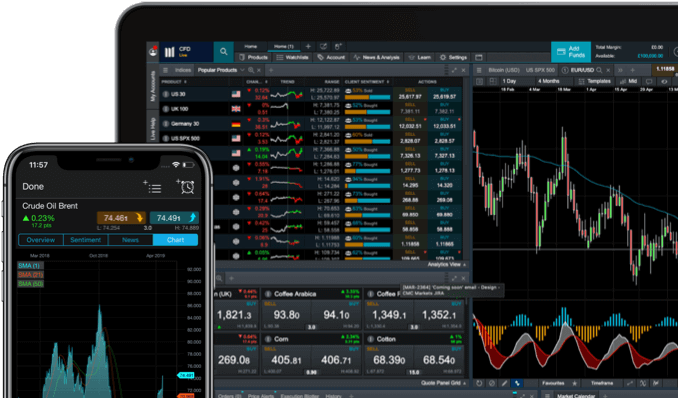 The streaming market is a competitive one and the dominance fluctuates often between companies. Back in 2002, Netflix emerged as a small-budget company, selling shares for only $15 on the stock market. This is when the main method of home entertainment was through physical rentals from Blockbuster and similar businesses. Around the same time, Amazon Video launched an on-demand service, which prompted both companies to compete in the race for a global streaming service.

In recent years, there has been a major surge in streaming platforms, where video is not only streamed to TV boxes but also mobile apps, tablets and smart TVs. The majority of companies offer 30-day trials of their platforms in order to engage with a wider audience. Google, Apple and Disney have all since designed their own streaming services, as well as those that are prominent in the market but on a smaller scale, such as Sky Cinema, Amazon Fire TV and HBO Max.

In general, share trading​​​ on large-cap stocks​ are usually seen to be more reliable and stable during periods of political, social or economic instability, as they aim to have a consistent and stable cash flow and balance sheets in the long-term. Traders often use this type of company analysis​​​​ before opening a position on a streaming stock, as it is important to analyse how the company is maintaining their worth throughout difficult times. 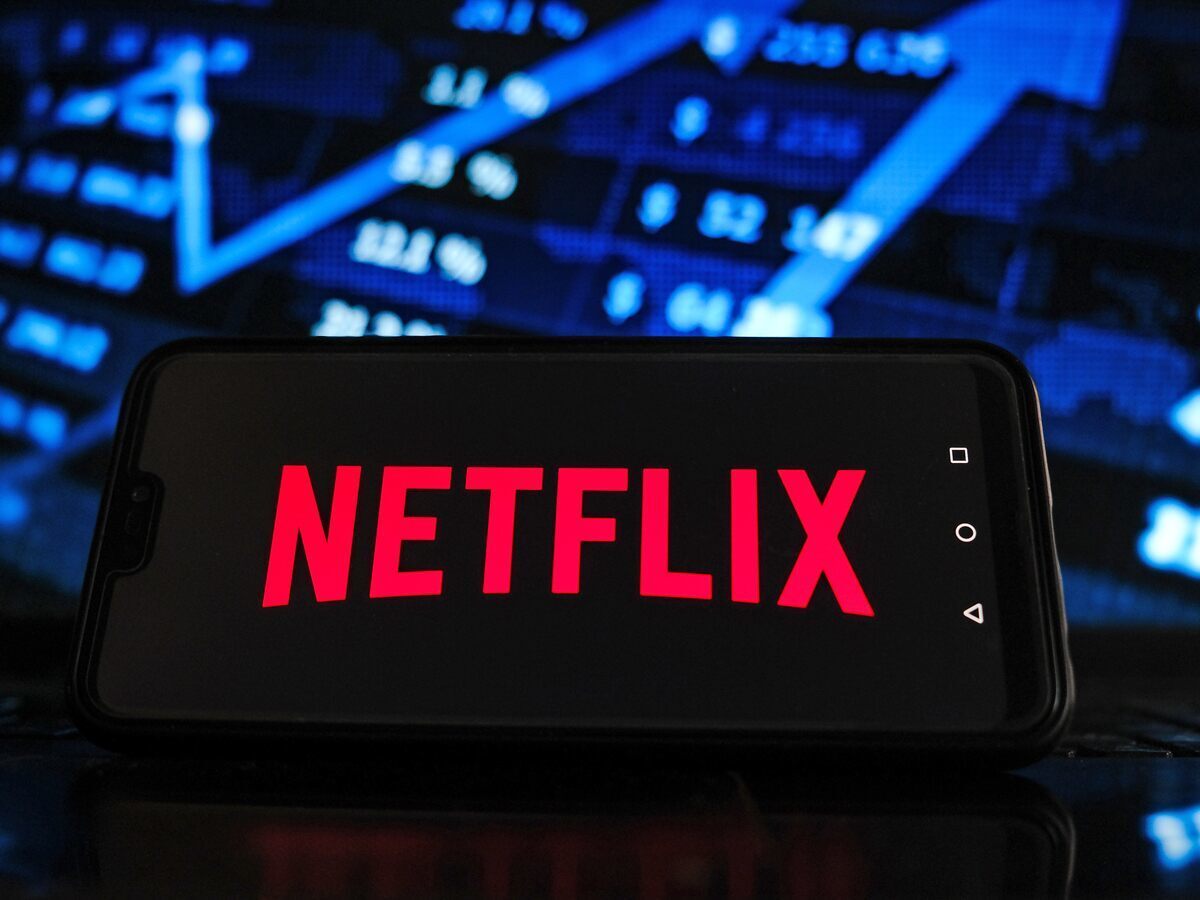 Netflix is a subscription-based streaming service, headquartered in California, USA. It was founded in 1997 as the original provider of the streaming market share. It has around 150 million paid subscribers across the world; in turn, the company now has a market capitalisation of around $246.5 billion. Large cap stocks are usually seen to be more reliable and stable during periods of political, social or economic instability, as they aim to have a stable cash flow and balance sheets. For this reason, Netflix is one of the most popular streaming stocks for stock traders to watch right now.

The Walt Disney Company is one of the most famous streaming companies on the stock market, founded in 1923 with a current market capitalisation of $340.7 billion. The company has featured on the Dow Jones Industrial Average stock index since 1991, which is a benchmark of the most established businesses within their sector. Best known for its animations and presence within cinema, it launched its own streaming service, Disney+, in November 2019, which has quickly risen to become one of the most popular streaming services worldwide.

Apple is another company featured on the Dow Jones index as a benchmark for modern technology. Well-known for its innovative mobile and tablet devices, the company was founded in 1976 in California by CEO Steve Jobs. The on-demand streaming service, Apple TV+, launched in November 2019 (at the same time as Disney+) and offered a free yearly subscription to those who purchased a new Apple device. Apple’s share price currently values at around $135 and the business has one of the world’s largest market capitalisations of $2.27 trillion. It is one of the few companies in the world to surpass the trillion mark, along with Amazon, which is also featured on this list.

Comcast is a popular telecommunications company that was founded in 1963. Since rising to prominence, it has also acquired the British broadcasting company Sky, American media outlet NBCUniversal, and AT&T broadband. Comcast is focusing on launching their OTT subscription-based streaming service, Peacock, in July 2020, for both film and TV streaming, as well as trending news and popular culture. Comcast’s share price is a modest figure of around $50, despite its large market capitalisation of $243.8 billion. Comcast is often an attractive streaming stock for investors, due to the combination of an affordable stock price and a high-dividend yield. The company is known for paying out generous quarterly dividends of approximately 2.4%.

Roku is an interesting alternative to the other streaming media stocks on this list. The company was founded in 2002 as a manufacturer of digital media players, from which users can access their favourite video and TV streaming services. Therefore, it is more of a marketplace to display streaming content on devices through Roku’s own software, rather than being a streaming service themselves. The first product, Roku DVP, was released in 2008 and has been connecting customers with other streaming companies since, with active accounts constantly on the rise. Roku’s share price is currently valued at around $460 after rising consistently throughout 2020, despite the company having a particularly modest market capitalisation of $59.5 billion.

Often considered as one of the ‘Big Four’ or 'FAANG' technology companies in the world, the e-commerce giant Amazon was founded in 1994 by entrepreneur Jeff Bezos. The company was one of the first to launch an Amazon Video streaming service online in 2006, and this was made exclusive for Amazon Prime members in 2014. With a market capitalisation of £1.65 trillion, Amazon has surpassed the worldwide trillion mark, along with Apple and a small number of other businesses. Amazon’s share price is the highest on the list at around $3,350 and for this reason, it is not featured on the Dow Jones Industrial Average.

This company was acquired by Comcast in 2001, when AT&T was the largest cable television operator at the time. Despite being a smaller competitor in the media streaming wars, AT&T launched their HBO Max streaming service in May 2020, in collaboration with WarnerMedia. These companies are both well-known among a US audience, in particular, for producing strong and original streaming content. AT&T is a popular streaming stock among investors due to its relatively low and affordable share price of around $30. AT&T has a large market capitalisation of $205.2 billion dollars. Streaming services in the UK

The most popular streaming services in the UK generally follow the list above. In particular, Netflix, Disney, Apple and Amazon are seen as the main competitors in the UK, whereas AT&T and Roku may be catered and more available for a US-based audience. However, there are also streaming services that exist only in the United Kingdom and show popularity with a high number of the population. These include BBC iPlayer, Now TV and BritBox, the latter being a fusion streaming service from both BBC and ITV channels.

Investors can buy and sell streaming companies shares through a stock exchange directly, such as the London Stock Exchange. This involves paying the full amount of the share value upfront, which is a large amount of capital. An alternative method of buying and selling stocks is through share trading with derivative products.

It is possible to trade on price movements of both individual streaming stocks and our streaming media basket on our online trading platform, Next Generation. We have two main methods for share trading: spread betting and trading CFDs. Spread betting is only available for customers in the UK and Ireland, whereas CFDs are available globally. You can also trade tax-free with a spread betting account. Please note that tax treatment depends on individual circumstances and can change or may differ in a jurisdiction other than the UK.

Basket trading is a great way to trade on a number of shares within the same sector. We have launched our Streaming Media basket, which consists of 10 major leaders in the streaming services sector. These include the streaming giants Netflix, Amazon, Apple and Disney, as well as a few others with a smaller weighting, such as Fox Corp and ViacomCBS. This way, you are able to open just one position in order to gain full exposure to these streaming stocks.

Share baskets can help to diversify your trading portfolio and save you time and money from opening multiple positions, which can help to decrease the risks of when one company takes a negative turn.

Our award-winning Next Generation platform is complete with weekly stock market data from our professional market analysts. In particular, our news and analysis section is designed to keep our clients up to date with streaming market trends, changes and predictions. We also have an abundance of price charts and graphs for traders to analyse. Our platform news and insights page contains streaming stock market news from reputable sources, including Reuters releases and Morningstar fundamental analysis reports for various streaming stocks, including the most popular.

We also offer social trading for live account users, where traders can share information and content on our spread betting and CFD chart forums. Take advantage of our platform features in order to ensure that your knowledge of the streaming market will never fall short. This also applies for traders on-the-go with our advanced trading mobile apps. 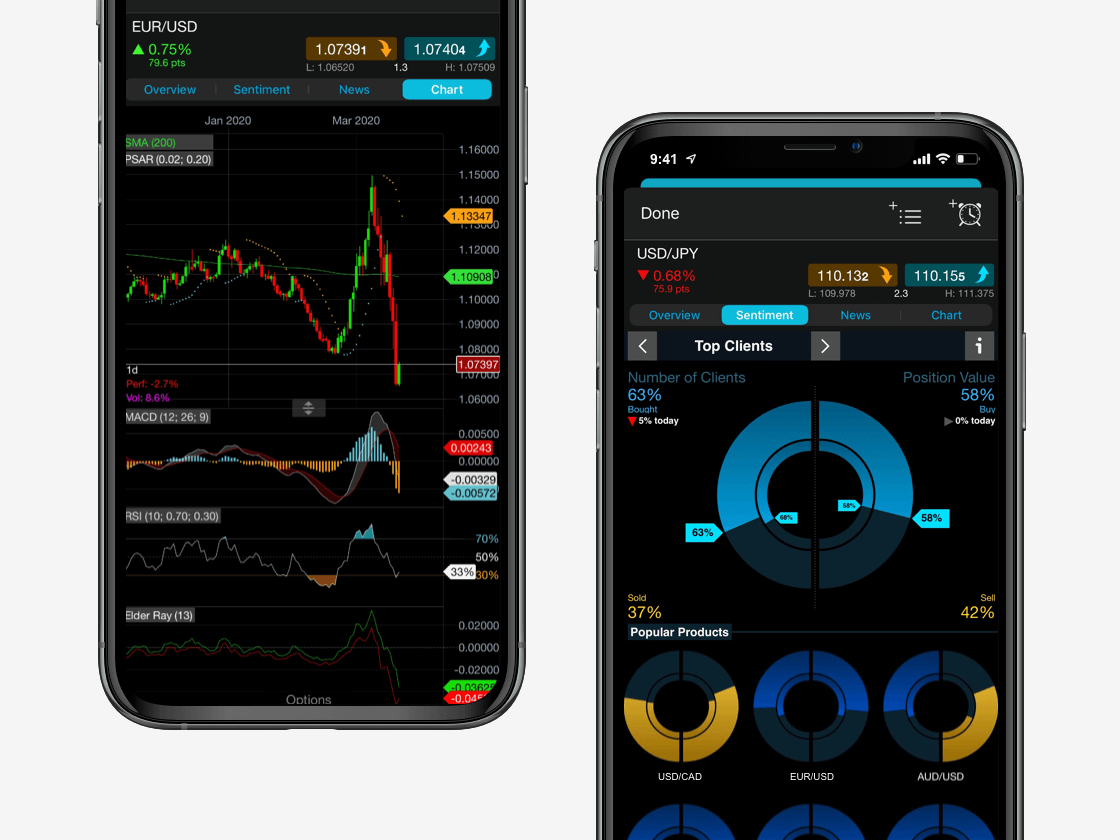 Powerful trading on the go

Seamlessly open and close trades, track your progress and set up alerts

*The information contained in this article is correct as of February 2021.

Join over 90,000 other committed traders

Complete our straightforward application form and verify your account