The week ahead: US non-farm payrolls; Next, BioNTech results 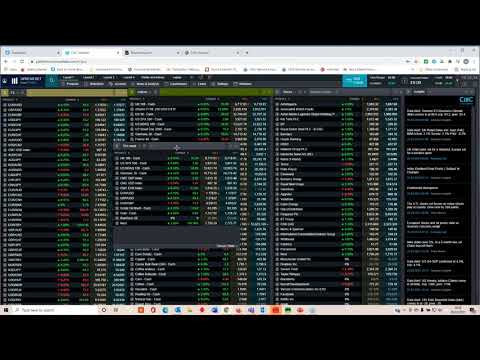 Read our pick of the top stories to look out for this week (29 March-2 April), and view our key company earnings schedule.

In this week's video, Michael looks back at all the price action, as the month and quarter come to an end. He looks at the key levels on the FTSE 100, DAX, and S&P 500 indices, and brings you the latest on the EUR/USD, GBP/USD and EUR/GBP pairs.

Tuesday: At AG Barr’s last trading update at the end of January, the Irn-Bru maker said it expected that full-year revenue would be £227m. This is down from £255.7m a year ago, but an upgrade to the previous estimates announced in July. AG Barr has certainly had a better second half of the year than first, when its H1 numbers showed profit-before-tax fell by 62% to £5.1m, from £13.5m. Most of this was as a result of a £11.5m hit in the form of an exceptional charge for re-engineering the business to adapt to Covid-19.

Revenues also declined during the first six months by 7.6% to £113.2m, however an improvement in its operating margins appears to have helped the business to a much better second-half performance. This expectation may not have initially been predicated on the prospect of a full hospitality lockdown since that January update was issued, however the management hasn’t seen fit to change it. Management said the dividend suspension was expected to be reviewed again, with the prospect of a return some time in 2021. Investors will be looking for guidance on whether any resumption timetable is pushed back.

Tuesday: A rare European success story when it comes to innovation, this small German company has reshaped the landscape when it comes to messenger RNA gene therapy, and its uses in combatting a global pandemic. Founded by a husband-and-wife team, Ugur Sahin and Ozlem Tureci, and based in Mainz, Germany, BioNTech had previously specialised in cancer therapy treatments. Then the pandemic hit. In January 2020, Dr Sahin read about a new respiratory virus coming out of China, and realised it had the potential to turn into a global pandemic.

Within weeks, on 17 March, Sahin had secured a deal with Pfizer to help the company with clinical trials on a vaccine candidate, the announcement of which sent the BioNTech share price soaring. The first stage of trials began in April 2020, while most of Europe was still in lockdown. Phase three trials began in late July and were expanded all over the world beyond just the US and Germany, to South America, as well as Turkey. The rest, as they say, is history.

BioNTech, along with Pfizer, are now looking to boost production of its vaccine candidate exponentially in the coming weeks. The company plans to produce up to 750m doses at its new vaccine production site in Marburg, which opened in February, with 250m doses expected to be delivered in the first half of 2021. In total, the company plans to be able to deliver 2bn doses with the help of various partners, in a move that is likely to see its revenue soar. Of course, this will also mean rising costs, but estimates for the subsequent full fiscal year put revenue at €6.47bn, coming along way from the €109m reported at the end of 2019.

Wednesday: The final Q4 numbers for UK GDP are expected to confirm that the economy grew by 1% in the last quarter of 2020, thus avoiding the prospect of a double-dip recession. When these numbers initially came out, the headlines focused on the fact that the UK economy had its worst annual contraction since 1709 at -9.9%. While this is obviously an awful number, it also suggests there’ll be a strong bounce back if and when it comes.

Services did most of the heavy lifting in Q4 with an expansion of 0.6%, while government spending rose 6.4%. Private consumption was much more subdued, contracting 0.2%, compared to a 19.5% expansion in Q3, but that shouldn’t be too much of a surprise given the various restrictions that had been in place across the country.

All in all, these numbers shouldn’t offer too much in the way of surprises given that the markets main focus is now on the upcoming reopening of shops in less than two weeks and the fact that the Q1 contraction is now likely to be shallower than the -4% that was being predicted at the beginning of the year.

The sharp rise in UK gilt yields in the last few weeks, along with the Bank of England revising its growth forecasts upwards for this year at its recent meeting, is reflective of rising market optimism of a strong economic rebound heading into year end. The central bank’s biggest problem is now having to temper market optimism over any economic rebound, as it's pushing longer-term rates sharply higher.

Wednesday: Hopes are high that the owner of Boots in the UK, and Walgreens in the US, will be able to post a strong Q2. The first quarter was better than expected, with an increase in revenue of 5.7% to $36.31bn, and profit that also beat expectations at $1.22 a share. While higher prescription sales in the US helped the Q1 numbers, it’s likely that the speedy rollout of vaccine supplies in the US will help its Q2 figures.

Walgreens, along with other US pharmacies, has been at the forefront of the US vaccine rollout plan due to its scale, which has enabled the US government to make jabs available to a lot more people and on a much quicker basis. This means more footfall through its stores and as is the case with other retail providers of vaccines, this has meant that anyone looking to get vaccinated at a Walgreens store has had to open an account. This in turn allows the company to target various ads using user data. Profit is expected to come in at $1.12 a share, but could come in higher.

Thursday: One of the main bright spots amid the gloom in Europe has been the manufacturing sector, and its resilience in the face of restrictions which have, for the most part been in place in some form or other since October last year. With no prospect of an imminent easing, political leaders across Europe’s big four economies will be hoping this continues as the services sector across the continent continues to struggle.

In France, manufacturing’s strength is expected to be sustained after last week's flash numbers rose from February’s 56.1 to 58.8. Germany also surged, rising to 66.6 from 60.7. Italy and Spain are also expected to maintain their recent levels at or around 56.9 and 52.9 respectively.

Thursday: High street retailers have had a challenging twelve months, receiving another blow a week before Christmas as a whole host of new areas in England went into Tier 3 restrictions, on top of the November lockdown. This was then compounded by the January lockdown which is still ongoing.

On the plus side, online shopping appears to have held up well with sales numbers showing a 31.4% rise in November. Next has always been strong in this area, and the business saw a strong recovery from the March lockdown a year ago which saw sales clobbered by 52%. In that period, Next upscaled the picking capacity of its warehouse operations in order to improve the online business, as well as delivery times, which had been suffering due to the extra workload. In October, Next said full-price sales were better than expected in Q3, and that full-year profit before tax is expected to come in at £365m, an increase of £65m on the previous estimate. There were several risks to this estimate, including lockdowns throughout the country in Q4. The company set out three scenarios in such an event in Q4 with a two-week lockdown suggesting a 20% decline in sales. Given that the lockdown has lasted for over two months, this estimate is likely to be conservative.

In January, Next said that full-price sales dipped by 1.1% for the nine weeks until 26 December, however when estimates were for an 8% decline, it’s still a decent result. It still led Next to downgrade its profit forecasts from £365m to £342m. The retailer was much more positive about the outlook for the upcoming fiscal year, even assuming the total closure of retail stores through February and March. Online sales are expected to pick up the slack, with estimates for full-year profits before tax to come in at £670m.

Thursday: Like its European counterparts, the UK manufacturing sector has also managed to perform well, despite the various lockdown restrictions that have been in place since November. Since the initial shock of the first lockdown in March and April of last year, UK manufacturing has been able to sustain a fairly decent rebound, closing in on a three-year high at the end of last year of 57.5, which was probably helped by a pull-forward effect as the Brexit transition period came to an end. Since then, we’ve moderated slightly but with the economic reopening on the horizon the sector has picked up further, with last week's flash number rising to 57.9, a decent increase on February's 55.1.

Friday: On the basis of recent reports, the slowdown in the US jobs market at the end of last year appears to have largely been driven by uncertainty over the Presidential handover and the expiry of various emergency Covid-19 programmes. Since the drop of 227,000 jobs in December, there’s been gains of 166,000 and 379,000 in January and February respectively, as a new $900bn stimulus package was passed at the beginning of January. Consumer spending, which also saw a slowdown at the end of last year, is also showing evidence of a rebound, which augurs well for March's payrolls report, as does the recent signing into law of another $1.9trn stimulus package a couple of weeks ago.

The vaccination programme is continuing apace across the US along with a slowdown in the rise in virus cases, hospitalisations and deaths is also helping the US recovery, with the March payrolls report expected to see another 600,000 jobs added. Weekly jobless claims are also trending lower at below 700,000 a week, while the unemployment rate is expected to fall further, from 6.2% to 6%. After a spike to 14.7% last April,  the figure has fallen back quite sharply. This is all extremely good news, however, it comes with the caveat of a sharply lower participation rate, which has also fallen quite steeply over the same period. This time last year the participation rate was at 63.4%, and is now down at 61.4%. This number reflects the number of people who have more or less given up looking for a new role, and as such understates the actual number of people who are probably out of work, which means the headline unemployment rate probably overstates the extent of the recovery in the labour market. A more accurate measure is the underemployment rate, which currently sits at 11.1%, still below the April peak of 22.8%, but well above the low which we saw at the end of 2019 when it was at 6.7%.

Join our US non-farm payrolls webinar on Friday 2 April, 1.15pm

Read our pick of the top stories to look out for this week (22-26 March), and view our key company earnings schedule.