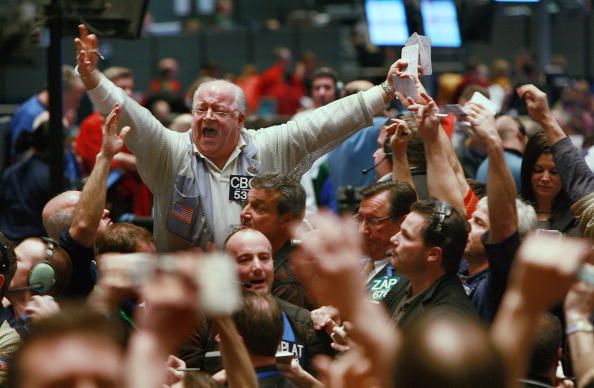 Traders will be looking ahead to the meeting between President Trump and China’s Vice Premier, Liu He, later today.

US-China trade talks have been the focus of dealers’ attention in the past few weeks. Yesterday Donald Trump tweeted that China ‘want to make a deal, but do I?’ It was the latest trade themed tweet from Trump, and hours later the US president said trade talks were going ‘really well’.

Stocks markets in Europe plus the US rallied yesterday. The positive mood spilled over to Asia too as equity markets are showing gains.

In the past couple of days there were reports the US were contemplating concessions regarding Huawei, as well as not pressing ahead with additional tariffs on Chinese imports, in exchange for a pact on the currency markets. Neither side wants to seem to be desperate for a trade deal, but both are clearly interested in making some sort of progress, otherwise the negotiations wouldn’t being going ahead.

Sterling soared yesterday after Prime Minister Johnson and Ireland’s Leo Varadkar said the Brexit talks were very positive and very promising’ in addition to that, the heads of government see ‘a pathway’ for a deal being struck. The process has dragged on, and there have been a few bumps along the way, but yesterday’s message was one of the more upbeat updates. There have been a number of false starts in the ordeal, but for now traders are content to snap up sterling.

Yesterday we saw some mixed data out of Europe. The UK estimate of three month growth until August was 0.3%, which topped the forecast of 0.1%. German exports in August declined by 1.8%, while French industrial production dropped by 0.9% in August. The UK as well as the eurozone stand to lose out in the event of a no-deal Brexit, and it is clear there continues to be economic woes in Continental Europe, so some clarity regarding Brexit would be welcomed.

Headline CPI in the US was unchanged at 1.7%, but traders were expecting it to tick up to 1.8%. The core CPI level held steady at 2.4%, which met economists’ forecasts. The core report is a more accurate reflation of underlying demand, so consumer appetites are unchanged. The labour market remains to be in rude health as the jobless claims report was 210,000, a drop from 220,000 last week. The economic reports shouldn’t put pressure on the Fed to cut rates.

At 7am (UK time), the final reading of German inflation will be posted, and it is tipped to remain unchanged from the flash at 0.9%.

Canadian unemployment is expected to hold steady at 5.7%, while the employment change is anticipated to show an increase of 10,000. The report will be posted at 1.30pm (UK time).

The preliminary reading of the University of Michigan consumer sentiment is expected to cool to 92, from 93 2 in September. The report will be revealed at 3pm. This will be closely watched in light of the trade spat with China.

EUR/USD – remains in the wider bearish trend, and if the negative move continues it might target 1.0800. A snap back might encounter resistance in the 1.1100 area.