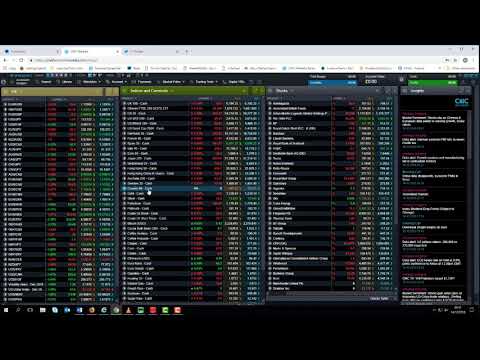 Watch our week ahead video preview (above), read our top eight stories to look out for this week (17-21 December), and view our key company earnings schedule.

Chief Market Analyst Michael Hewson looks ahead to the upcoming Fed meeting and the fourth rate rise this year, as well as the latest UK and EU inflation data, and US retail sales.

Eurozone inflation (November)
Monday: Headline CPI inflation is set to fall to the European Central Bank’s (ECB) target rate of 2%, slightly down from October’s 2.2%, as lower oil prices feed through into the annualised numbers. The lack of inflationary pressure is also expected to keep core prices weak, with a decline to 1% from 1.1%. Core prices have been a consistent drag in the EU over the past 10 years, with the peak last year when prices reached 1.2% in the summer, as GDP growth was at its strongest. Last week’s ECB meeting showed that the bank remained on course to end its stimulus programme at the end of this month.

FedEx Q2 results
Tuesday: The online shopping boom might be causing problems for malls and the traditional retail brands, but for companies that deliver parcels it’s been an absolute boon. At FedEx’s end of year it posted annual numbers showing an acceleration in both revenue and profit growth, in excess of expectations. The company also raised its guidance for the upcoming year, saying it expected revenue to rise 9%, despite continued integration costs from the acquisition of TNT Express two years ago. The shares have slid sharply in the wake of the company’s June update, and despite attempts at a rebound, they have continued to struggle with concerns that higher wage costs could impact margins. This week’s Q2 numbers should show whether the company remains on track to meet its outlook for the current fiscal year. It would be surprising not to see a positive outlook as a result of the recent strong US consumer data.

Darden Restaurants Q2 results
Tuesday: There’s nothing more American than breadsticks and the Olive Garden’s never-ending pasta bowl. US consumers appear to agree, as the owner of this US consumer staple has seen its share price go from strength to strength in the last few years. At its most recent update, all the Darden portfolio chains showed positive comparable numbers in same-store sales. Olive Garden and LongHorn Steakhouse rose 2.4%, Eddie V’s climbed 3.6% and Yard House was up 1.4%. While likely to show that the company remains on track to meet its targets, this week’s Q2 trading update may not affect the overall share price direction. The shares have dropped sharply from recent highs, and could decline further if the numbers miss to the downside. Expectations are for Q2 earnings of $0.90c a share.

Federal Reserve meeting
Wednesday: The US Federal Reserve is widely expected to raise interest rates later this week, which will make it the fourth time this year, but it’s less of the done deal that it was a few weeks ago. This is because a number of key Fed policymakers have suggested that rates were closer to neutral than originally thought. Next year’s rate-hike glide path is also likely to be a key area of scrutiny, in order to determine whether policymakers have revised down their expectations for future rate rises. Fed chair Jay Powell is also likely to face questions about the yield curve and the risks of a recession.

UK inflation (November)
Wednesday: The headline CPI inflation rate is currently sitting at its lowest level this year, though there is a risk that recent weakness in the pound could put a floor under this decline following last year’s 3.1% peak. With wage growth at 3.3%, its best level this decade, the recent decline in oil prices is likely to be a welcome boon for UK consumers. It could be reflected in this week’s numbers, with prices staying at 2.4%, or we may even see them slip to 2.3%.

Canada CPI & retail sales
Wednesday & Friday: Did Canadian consumers get a Black Friday boost, or was the Bank of Canada’s recent decision to hold rates indicative of a wider concern about higher rates starting to squeeze Canadian households? Its warning that there could be room for non-inflationary growth in the months ahead suggests that the prospects of a January hike have receded. A weak CPI number below 2% would pretty much confirm that view, as could a weak November retail sales number.

Bank of Japan rate decision
Thursday: This week’s rate decision from the Bank of Japan is likely to be disappointing given that the Japanese economy fell into contraction in Q3, with a decline of 2.5% year-on-year. This is a remarkable turnaround from the 3% expansion in Q2, and means that when set against the performance in Q1, the Japanese economy has stagnated this year.

Bank of England rate decision
Thursday: Given all the uncertainty around Brexit, this meeting almost seems irrelevant given that the prospect of the Bank of England doing anything currently sits between slim and none, and slim just left the building. Bank of England governor Mark Carney will be thankful that there is no press conference, given the brickbats he had to field over the forecasts and projections the bank submitted to the Treasury Select Committee after the November decision. No policy change is expected.

UK retail sales (November)
Thursday: Depending on who you believe, the Black Friday effect was either positive in terms of spending patterns, or negative given that, according to a number of high street estimates, footfall was lower. Footfall did in fact fall 3.2% in November, as consumers increasingly decided to take their custom online. This week’s retail sales might also hint at slower spending, with most consumers preferring to leave their purchases until the last minute as Christmas approaches.