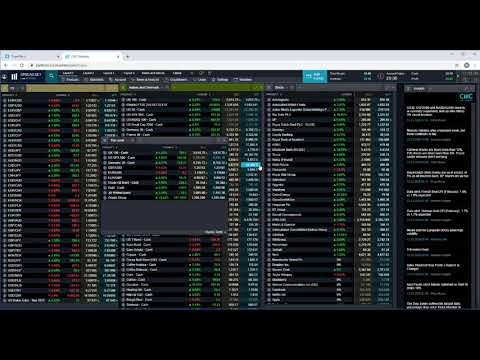 Wednesday: The US central bank caught markets on the hop earlier this month, after unexpectedly slashing rates by 50 basis-points in response to concerns over tighter monetary conditions in the US economy, and a global slowdown due to the coronavirus outbreak. It was a remarkably quick change of tone from a central bank, whose officials had been unusually sanguine about the risks posed by the virus This abrupt change of stance initially prompted a modest rally higher. However, the net effect spooked investors, to the extent that markets soon fell sharply. This week the Federal Reserve is expected to do more, and while the US central bank may cut rates again, it’s hard to see what effect more rate cuts might have, given that it causes a shock in both supply and demand. Fed chair, Jerome Powell, is likely to face tough questions over what other measures it can take in respect to protecting financial stability in the aftermath of the recent problems in US treasury markets.

Thursday: Is Ocado a retailer or a technology solutions provider? It certainly doesn’t trade like a retailer, and investors don’t treat it as such, given that it has yet to make a profit. It’s had its problems over the last couple of years, including fires at two of its distribution warehouses, which hit output early last year. Last July, management put the cost of the fires at more than £100m. This setback hasn’t stopped the company from ramping up its growth plans, and its joint venture with Marks & Spencer prompted retail revenue to rise by 10.8% to £429.1m at the end of the last quarter. Average orders per week also increased, from 317,000 a year ago to 350,000, a rise of 10.4%. Last month, the company said it expected to grow retail revenue for the upcoming year by 10% to 15%, despite posting a loss of £214.5m last year due to higher costs as a result of the Andover fire.