The week ahead: US rate decision, GDP, Next, Nike, Boohoo 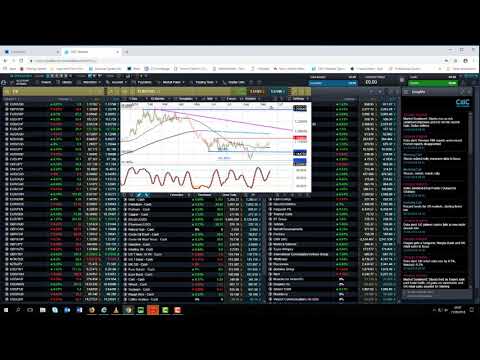 View our week ahead video, the top events to watch, plus our key company earnings schedule. Michael looks at the latest rebound in the German DAX and FTSE 100, as well as the US dollar. He also previews next week's Federal Reserve rate decision, as well as the latest GDP numbers from the UK, US and Canada.

Germany IFO (Sep)
Monday: German business confidence has taken a hit in recent months, after US threats of tariffs on EU exports to the US. Despite these concerns we did see a pick up in the August numbers to a five-month high, probably as a result of the recent meeting between presidents Juncker and Trump in Washington, which in the main had a cordial outcome. While this may have offered a temporary respite, the recent threats by President Trump to slap a 25% tariff on all EU auto imports serves to show that any lull in trade tensions is likely to be temporary.

Next half-year results
Tuesday: There’s been no shortage of negative headlines surrounding UK retail in recent weeks, with the woes of the sector extending to stalwarts like John Lewis. Earlier this year, Next warned that trading conditions were the toughest they had been for 25 years, and that margins could come under further pressure in the upcoming fiscal year. With the increasing prevalence of consumers to shop on the budget side at Primark, as well as more fashionable online retailers like Boohoo, Asos and Zara, traditional brands like Next appear to have fallen through the cracks. In the first quarter of this year there were signs that its online operation – and revenue – were picking up the pace. The big question is whether the extended spell of warm weather this summer has helped to maintain the pace set in Q1, or whether turnover has slowed ahead of the autumn.

Nike Q1 results
Tuesday: Nike’s shares have consistently hit record highs this year, despite a slow start in US sales. Its other big market is China, where sales have been on a tear this year, rising 24% in Q3, and 35% in Q4, while a recovery in its US market helped drive Q4 numbers. The recent controversy around its Colin Kaepernick ad has raised its profile in the wider media, but is unlikely to affect its numbers much. What might do, though, is the recent escalation in the trade rhetoric between the US and China, particularly if tariffs are applied to goods in one of its biggest markets in the coming months.

Boohoo half-year results
Wednesday: One of the major beneficiaries of the move to online shopping, Boohoo, has had an up and down few years since its IPO in 2014. Peaking at over 260p a share a year ago, the shares crashed spectacularly over concerns about shrinking margins, before finding a base just below 150p earlier this year. A year ago the company posted a half-year, pre-tax profit of £20.3m on revenue of £262.9m. While its performance since then has continued to improve, investors have steered clear, despite profit for the full year in March rising 40% on the previous year to £43.3m. In the first quarter of this year the trend continued across its brands –  which include Pretty Little Thing – with sales up 53%. Despite this continued growth in sales and revenue, investors have stayed remarkably cool towards the stock. In an attempt to reinvigorate investor confidence, the company announced it had poached Primark’s COO John Lyttle as its new CEO from March 2019, as it embarks on an ambitious overseas expansion plan.

Federal Reserve rate decision
Wednesday: There are no surprises likely here, with a 25-point rise in the Fed Funds rate expected from US policymakers. At the last meeting, the Fed upgraded its outlook for the US economy, but also warned about downside risks. The narrative continued to be one of further gradual increases in the target rate, as long as the economy remained on track to grow above trend. It will be interesting to see whether Fed policymakers resile from the prospect that a rise in December has become less likely. Markets are starting to price in slightly more two-way price action over the likelihood of a move in December. If policymakers show signs of caution here, the US dollar, along with yields, could pull back.

US Q2 final GDP
Thursday: At its most recent reading, US Q2 GDP came in at 4.2%, while Q1 was also upgraded, despite the cold snap that clobbered much of the economy in the first quarter. This week’s final estimate is expected to confirm the strong recovery in Q2, so we don’t expect many surprises. The Q3 numbers are also looking solid, with personal spending and income for August, due on Friday, set to show that the US consumer remains on course for a continuation of what we saw in Q2.

UK Q2 final GDP
Friday: The UK economy appears to have recovered from its Q1 slump, with a decent turnaround in Q2, helped in no small part by a rebound in the construction sector, as well as a UK consumer starting to see evidence of rising wages. The final revision is expected to confirm UK GDP at 0.4%, with a small chance of an upward revision to 0.5%. The latest data would appear to suggest that the bounce back in Q2 could have been sustained into Q3.

EU consumer price index estimate (Sep)
Friday: Despite rising evidence that wages are rising, inflation continues to remain stubbornly low, with headline prices slipping back to 2% in August and core prices all the way down at 1%. The recent ECB meeting showed that policymakers remain determined to end the bond buying programme by the end of this year, with the bar to not doing so relatively high. As such, further weakness in the headline inflation number is unlikely to move the bar that much. Nonetheless, a weak reading could delay the timing of any interest-rate rise, pushing expectations deeper into Q4 next year.

Canada GDP (July)
Friday: With the Bank of Canada widely expected to raise rates at its next meeting in October, the strength of the Canadian economy will be front of mind for Canadian dollar traders this week. The monthly GDP figure is likely to be less important than how markets look at the background with respect to progress on NAFTA talks and the recent imposition of those aluminium and steel tariffs. The latest manufacturing prices index is likely to show the extent to which recent tariff increases could exert upward pressure on inflation.