The week ahead: US earnings season – Tesla, Facebook & Amazon results 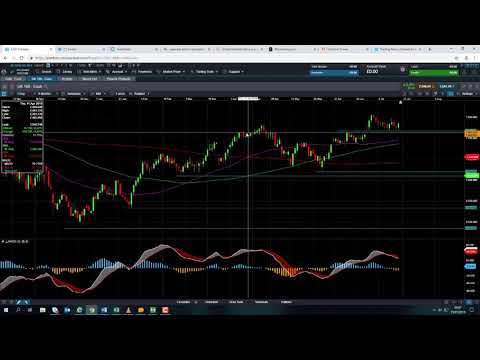 Conservative party leadership contest
The winner of the Tory party leadership battle should be revealed on 23 July, and Theresa May is likely to attend her last prime minister's questions on 24 July, before resigning. Boris Johnson and Jeremy Hunt have both called for a renegotiation of the withdrawal agreement, and the prospect of a no-deal Brexit continues to loom over the markets. Mr Johnson is tipped to be the next leader of the UK.

Fever-Tree half-year results
Tuesday: 2018 turned out to be another successful year for Fever-Tree, a company that in the space of four years has become one of the UK’s leading exporters and producers of carbonated mixers. Full-year revenue rose 40% to £237.4m, coming in above expectations of £236m, and up from £170.2m last year. The acquisition of US-based Southern Glazers Wine & Spirits has also helped boost profit, pushing revenue up sharply compared to 2017, as the transition to the Fever-Tree US brand sets the company up to boost sales across the US. Since the publication of those numbers in late March, the Fever-Tree share price has slid sharply lower to levels last seen in late 2017, as concerns over lower margins and the impact of the sugar tax has dragged on the wider sector. Sector peer AG Barr’s profit warning earlier this month appears to have spooked investors, with Britvic also sliding lower. This first-half update from Fever-Tree could prompt further investor uncertainty, with particular attention likely to be focused on its profit margins, which did show a small decline at the end of last year, from 53.5% to 51.8%. The guidance will also be of interest with full-year revenue currently expected to come in at £279.6m, an increase of 17.8% on 2018.

Tesla Q2 results
Wednesday: Tesla posted a loss of $702m in the first quarter, which was far worse than the $301m forecast analysts had predicted, and revenue declined by 37%. The numbers broke the firm’s back-to-back quarterly profit streak. The $7,500 federal tax credit for purchasing an electric vehicle was cut, and that played a role in the decline in revenue. Tesla faces competition from Audi, Mercedes and Hyundai, as they all enter the electric vehicle sector. At the start of the month, the group confirmed it delivered 95,200 vehicles in the second quarter, which was a record number and higher than the 91,000 analysts expected. The firm also produced more than 77,000 vehicles in the first three months. Tesla has a full-year target of between 360,000 and 400,000 vehicles to be delivered, and while it is encouraging to see that production levels are on the rise, the company would have to keep production at existing levels in order to reach the lower end of the full-year production target. Traders will be paying close attention to commentary in relation to production, and whether the target will be achieved.

French/German services and manufacturing
Wednesday: The two largest economies in the eurozone are seeing minimal growth, with their respective services and manufacturing sectors not performing particularly well. The German manufacturing sector, which is the engine room of the German economy, has been in contraction throughout 2019. US-China trade tensions have weighed on the global economy, and some traders are worried that President Trump will turn on the EU the same way he turned up the heat on China, in terms of tariffs. The French economy is ticking along, but is only doing well when compared with the German economy. The European Commission predicts that the French economy will grow by 1.3% in 2019, with the German economy is tipped to grow by only 0.5%. The services sectors in both France and Germany are in good shape, and with the German services PMI reading in the mid-50s, it's doing well by European standards.

US manufacturing
Wednesday: The latest manufacturing PMI report came in at 50.1, which tells us the sector barely expanded, and the industry has been growing at a slower rate for over a year. The Chicago PMI report slumped into contraction territory, its first negative reading in two years. The latest ISM manufacturing report fell to a level last seen in late 2016, so it’s clear the manufacturing industry across the board is cooling. Recently we heard that Jerome Powell, the head of the Federal Reserve, was leaving the door open to cutting interest rates, and when you look at the sector you can see why. The latest PPI figures cooled from 1.8% to 1.7%, but the core PPI update held steady at 2.3%. The core figure is often viewed as a more accurate reflection of underlying demand, and it appears to be firm. The slide in the headline rate is likely to be down to softer copper and oil prices.

Facebook Q2 results
Wednesday: The social media giant had an impressive first quarter. Average revenue per user came in at $6.42, topping forecasts of $6.39, and revenue was $15.08bn, which exceeded the $14.98bn forecast. Daily and monthly active users were 1.56bn and 2.38bn respectively, and both were in line with forecasts. The firm took a one-off hit of $3bn in relation to a fine from the Federal Trade Commission inquiry. In June, the group announced it was launching its own digital currency, Libra, and already it has attracted the attention of the Trump administration. President Trump said he was "not comfortable" about the idea of Facebook offering a cryptocurrency and if they want to become a bank, the group must seek a "banking charter". US treasury secretary, Steven Mnuchin, cautioned the digital currency could be misused, and the company is likely to come under scrutiny.

Metro Bank half-year results
Wednesday: As far as share price performance is concerned, the first half of this year has been an absolute shocker for Metro Bank. Its share price is down over 70% since December 2018, having had to restate its accounts after the Bank of England pointed out the bank had mis-stated the ratings of some of its commercial property and buy-to-let loans, which meant it had to raise another £350m of extra capital. Management were able to successfully raise the extra capital, at a price of 500p a share, which sent the share price sharply higher from lows of 477p in May, to just shy of 900p. However, the concerns over governance don’t appear to have receded, with the share price since giving up all of those gains. Senior management were able to navigate their way past a confidence vote at the recent AGM, however the bank continues to remain under investigation by UK regulators. Investors appear to have little confidence in chairman Vernon Hill, and this week’s first-half update should give an insight into whether the bank has been able to restore the confidence of its customer base. As far as banks are concerned, having the confidence of your client base is crucial, and with the same personnel in place and no sign of contrition, it begs the question, why would investors get on board a ship that has already come close to hitting the rocks twice in the last 12 months?

European Central Bank meeting
Thursday: The ECB are tipped to keep interest rates on hold, with traders looking for any clues about future monetary policy. ECB head Mario Draghi dropped a hint in June that the government bond-buying scheme might be restarted. Mr Draghi is due to step down as ECB president later this year. The central banker cautioned that downside risks have increased, with global trade tensions a factor. The Federal Reserve seems to be laying the groundwork for lowering interest rates, and should that happen it’s likely to have a knock-on effect on the euro, and that in turn could get a response from the ECB. IMF chief Christine Lagarde has been nominated as the next head of the ECB, and it's believed that Ms Lagarde holds a dovish view. Given a change of leadership is in the pipeline, a major change to monetary policy is unlikely during the final few months of Mr Draghi’s term.

Amazon Q2 results
Thursday: Amazon is on a roll in terms of earnings, after the group posted record figures in the first quarter, making it four consecutive quarters of record profit. Looking ahead to the second-quarter figures, the company predicts that revenue will be between $59.5bn and $63.5bn, versus $52.89bn in the same period last year. The tech giant predicts second-quarter operating profit will be between $2.6bn and $3.6bn, which would be large drop off from the $4.4bn registered in Q1. The Amazon Prime service boasts two-day delivery, but the group wants to cut that in half to a one-day delivery. The firm expects to take an $800m hit in relation to these changes in the delivery time. The cost is likely to a be one off, and given how much disruption Amazon has caused in the retail sector, this move is likely to cause even more of a shock. The stock has been broadly pushing higher throughout 2019, and a break above the $2,050 area might put $2,100 on the radar.

US Q2 GDP (preliminary)
Friday: The US economy grew by 3.1% in the first quarter. The advanced reading of the second quarter is in focus as dealers feel it will give an indication as to what the Federal Reserve will do next in terms of monetary policy. Some pockets of the US economy are a little on the soft side, such as housing and manufacturing, and a sharp cooling of economic growth could ramp up speculation that the US central bank will cut interest rates. The Fed rate decision will be revealed at the end of July, and there has been speculation of a rate cut. The size of the cut, and whether there will be more rate cuts later this year, is of much debate. The June non-farm payrolls report was a solid number and it came in much higher than expected, sparking chatter that the Fed would keep rates on hold in July. Jerome Powell said the report doesn’t change Fed policy, but perhaps the GDP number might.