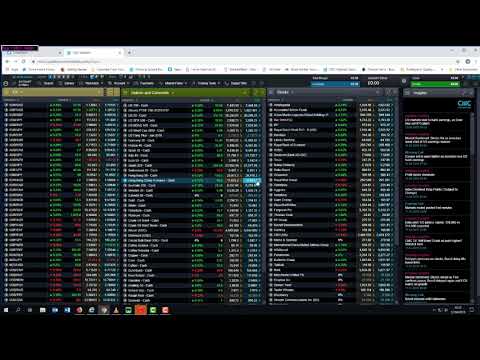 Watch our week ahead video preview (above), read our top eight stories to look out for this week (15-19 April), and view our key company earnings schedule.

Brexit
As investors prepare for yet another Brexit extension, it is perhaps appropriate that in the same week we saw the first ever representation of a Black Hole. With MPs set to go on holiday for the next two weeks, we may get a welcome break from the endless vortex of Brexit headlines until after Easter. In reality, the latest extension is the worst possible outcome for business, as it means that we get another six months of delay and procrastination with little in the way of time to find a third way out of the quicksand that UK politics has descended into. A longer delay could have offered some room for manoeuvre in terms of another election and a new approach, but as things stand, positions are unlikely to move beyond where they already are, with neither side willing to concede ground.

Goldman Sachs & Citigroup Q1 results
Monday: Another quarter is over and more US banks' earnings are due out. While there hasn’t been a turnaround of all the losses that we saw at the end of last year, Goldman Sachs and Citigroup have managed to reverse a good percentage of them. Crucially, this happened in spite of concerns that the current rally might have run its course. The Federal Reserve’s decision to call time on its rate hiking cycle could have been bad news for the yield curve, as it starts to flatten out again and go inverted, though this doesn’t appear to have been reflected US banks’ ability to generate decent profits. This progress could come to a shuddering halt this week, given the lack of volatility over the last quarter, as well as slowdowns in US consumer spending. Will we see a drop-off in revenues and a narrowing of profit margins for both banks?

JD Sports full-year results
Tuesday: It’s been a tough year for UK retail, with several restructurings and profit warnings from a host of well-known retail brands. JD Sports has been one of the few exceptions to this rule, and has been able to build its brand selectively with a number of shrewd acquisitions. Last year the company expanded into the US with the £400m acquisition of Finish Line, one of the key suppliers to Macy’s department store. This already appears to be paying off, although it remains risky given that US consumer spending has slowed in recent months. Earlier this year JD Sports announced it was acquiring the rest of FootAsylum plc’s shares for 82.5p a share. This is a 77.4% premium on the closing price from last week, a total cost of £ 74m, valuing FootAsylum at £90m. While other retailers are finding life difficult with peers like Sports Direct seeing their share price nosedive, JD Sports has managed to maintain its presence and brand. In spite of these acquisitions its shares have risen over 350% since 2015.

UK wages & unemployment (February)
Tuesday: Wages have continued to hold up well in recent months; they are currently at 10-year highs of 3.4%. With the current tight labour market this looks set to continue, particularly since unemployment dropped to 3.9% in the January numbers. Despite all the recent headlines about job losses across the UK economy, we don’t yet appear to be seeing these numbers in the headline figures. With wages at 10-year highs and prices falling over the past few months, UK consumers will be hoping this trend continues.

Netflix Q1 results
Tuesday: In its most recent quarter, Netflix reported revenue of $4.19bn with total subscribers increasing by 8.8m to reach 139.26m, an increase of 29m subscribers from a year ago. In an increasingly competitive market, Netflix remains the market leader in this particular area. For all the talk of Apple’s new streaming service being a ‘Netflix killer’ it is unlikely to have a huge impact in the short term. The news that Disney is also launching its own streaming service, Disney+, in November is another added element of competition that will keep the pressure on Netflix. That being said Netflix’s valuation is still way ahead of the challenges it is likely to face. As the company spends more and more money on content, shrinking margins are likely to exert upward pressure on subscription prices. Profits are expected to come in at $0.58c a share.

China Q1 GDP, retail sales & industrial production (March)
Tuesday & Wednesday: Some of the most recent economic data out of China has been a little disappointing, despite measures to stimulate demand in the form of tax cuts and relaxation of credit conditions. Nonetheless, recent PMIs do appear to be showing signs of life, though that may have more to do with Chinese New Year and a post-holiday rebound than anything else. The most recent imports data appears to suggest internal demand has continued to remain weak, which doesn’t bode well for the upcoming retail numbers. Retail sales growth has dipped sharply in the last three months from the levels seen at the end of Q3 last year. Industrial production has also been similarly weak, falling sharply below the lows we saw in 2015, when there were similar concerns about a sharp slowdown in the Chinese economy. More worryingly, unemployment jumped to its highest level since the numbers were released last month at 5.3%. Encouragingly, fixed asset investment does appear to be picking up, which should bode well in the coming months. The Q1 GDP numbers are expected to come in at 6.3%, with retail sales expected to improve from 8.2% to 8.4%.

UK CPI & retail sales (March)
Wednesday & Thursday: Inflation has been falling for several months now, though we aren’t back at the levels we saw in early 2016. In last month’s numbers we saw prices edge back up slightly. This trend of higher prices could continue in the next couple of months, as council tax bills and energy bills rise from a year ago. Consumers appear to have slowed down their spending ahead of the 29 March Brexit deadline, if recent other third-party surveys have been any indication. Any sharp slowdown in the March numbers is likely to rebound in April after the latest Brexit deadline was extended until October, as UK consumers book their summer breaks, unencumbered from concerns about a Brexit summer cut-off.

Canada retail sales & CPI (March)
Wednesday & Thursday: With the exception of last month’s jobs numbers, the Canadian labour market has remained fairly resilient, despite a recent slowdown in consumer spending and a stalled housing market. This has equated to a slowdown in GDP growth in recent months, while inflationary pressures have also fallen. Rising wages should start to take the edge off this slowdown, and hopefully we’ll see an improvement in the March retail sales numbers after five months of weak sales. Inflation has also started to pick up, driven by higher oil prices, and this is expected to continue in March.

US retail sales (March)
Thursday: After a strong performance in 2018, the US consumer appears to be showing some signs of fatigue, if this year’s retail sales numbers are any guide. The tax cuts announced at the beginning of last year might be starting to drop out of the overall numbers, so the sugar high may be wearing off for the US economy. The US government shutdown at the beginning of the year probably hasn’t helped either, while a weak housing market could also be weighing on demand. For an economy that is quite sensitive to the vagaries of the housing market, falling property values could indicate early signs of a slowdown in consumer spending.