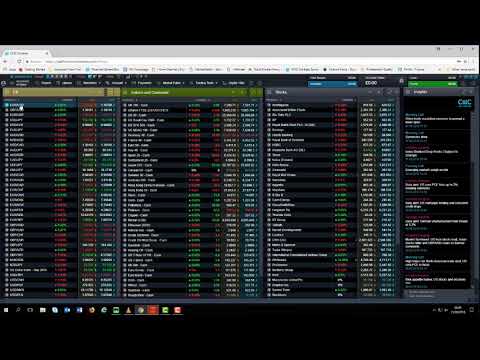 See the week ahead video, the top events to watch, plus our key company earnings schedule. They look ahead to the next US non-farm payrolls report, as well as the risks of further declines in emerging market currencies and the next move for the US dollar.

Manufacturing PMI reports: China, eurozone and UK
Monday: China is a major importer of minerals, and the Caixin survey of Chinese manufacturing is seen as a good barometer of how commodity-hungry China is. As manufacturing growth cools, the Beijing administration is making a concerted effort to focus more on services, and the manufacturing sector is far smaller than it once was. Eurozone manufacturing grew at a slower pace in the middle of this year, but it is beginning to pick up a little. The trading relationship between the EU and US is still a little fragile, and it is harder for companies and customers to plan while uncertainty hangs over the sector. The UK manufacturing sector has enjoyed a modest rate of expansion in recent months.

Reserve Bank of Australia rate decision
Tuesday: The Reserve Bank of Australia (RBA) is tipped to keep interest rates on hold at 1.5%, the rate that has been in place for the past two years. The country benefited greatly from China’s enormous appetite for minerals, but now that China is slowing down, Australian growth has also cooled. The RBA has trimmed rates in recent years in order to adjust to the gear-down in growth, but that sent house prices in Australia’s major cities through the roof. House prices have fallen in the past year, so a rate hike is the last thing the Australian property market needs. The RBA is all too aware of this.

WPP: first-half earnings
Tuesday: It has been a difficult year so far for WPP. The group revealed its full-year figures in March, and it was the company’s weakest performance since the credit crisis. In June, founder and CEO, Sir Martin Sorrell, left the firm after alleged personal misconduct issues. The industry is changing, and traditional advertising agencies are losing out to the likes of Facebook and Google. Companies are also taking a different approach to advertising budgets, and that has been felt in the sector. Not only has the company lost its well-known and well-connected CEO, it will now have to compete with him, as he is in the process of setting up a rival company.

Barratt Developments: full-year results
Wednesday: The property developer issued a positive update in July, as it said it aims to post a record full-year profit in the region of £835 million. This would be a notable improvement on the £765.1 million recorded last year. The number of builds has increased by just over 1%, but the sector as a whole has some issues to contend with, including cooling house prices, skill shortages and higher material costs. Earlier this year, Barratt Developments announced plans to stop building homes in central London, after it had to trim prices of existing properties. Should this practice be rolled out across other regions, it would be concerning.

Service PMI reports: China, eurozone and UK
Wednesday: The Chinese economy has been cooling lately and the trade spat with the US has the potential to make matters worse. The slump in its economy and the Chinese yuan suggests that traders are fearful about growth prospects. Investors will be quick to pounce on any soft economic indicators, and this could have a negative impact on metals, mining stocks, and the Australian dollar. The services sector is the largest component of European economies, and the reports will give a good indication of how well the respective economies are performing. Broadly speaking, the eurozone experienced stronger growth at the start of the year, cooled a little towards the end of the second quarter, but has gained momentum again. The UK economy has noticeably picked up in the past few months, and traders will be expecting this to continue.

Bank of Canada rate decision
Thursday: The Bank of Canada (BoC) is expected to keep interest rates at 1.5% after it hiked rates last month for the second time this year. Since then the inflation rate has jumped to 3% – its highest level since September 2011. With the Canadian economy closely tied to the US economy, and the Federal Reserve in a hiking cycle, the BoC is likely to loosely follow in the footsteps of the US central bank. There is talk of a housing bubble in Canada however, so the Canadian central bank may not want to be overly aggressive when it comes to increasing interest rates.

US non-farm payrolls
Friday: The US non-farm payrolls report is broadly seen as the most important economic indicator of the month. The consensus estimate is for 187,000 jobs to have been added in August, compared with the 157,000 that were added in July (although it is not uncommon for the previous figure to be revised). The unemployment rate is tipped to be 3.9%, unchanged from July, and economists are expecting average earnings on a yearly basis to be 2.8%, compared with 2.7% growth in July. The more money Americans earn, the more likely they are to spend, which is why the earnings component of the report has become one of the most carefully watched figures.