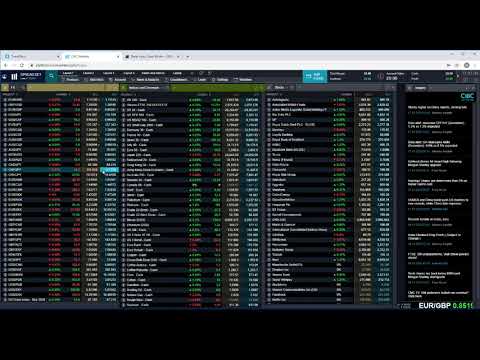 
In this week’s video, UK chief market analyst, Michael Hewson, discusses the reasons behind the new record highs for US markets, the latest UK data, the prospect of a Bank of England rate cut and the latest decisions from the ECB and Bank of Canada, plus the latest numbers from easyJet and Netflix.

Tuesday: Having seen equity markets get off to a fairly positive start to the year, the time has come for investors to cast their eyes towards the icy slopes of Davos, Switzerland, where the so-called great and good get together at significant expense to discuss the challenges facing the global economy. Over the last 10 years, it’s questionable as to what, if anything, these annual gatherings have achieved – apart from a significant boost to the Swiss economy. Last year, the meeting was just as notable for those who didn’t attend. There will certainly be a lot of media coverage, with plenty of pledges from business leaders and politicians to come up with measures to help boost the global economy and trade, as well as the challenges of climate change. The reality is that for all the heat and light, to reference William Shakespeare, it will probably be much ado about nothing.

Thursday: In its last set of numbers, chipmaker Intel saw profit and revenue beat expectations This sent shares sharply higher and further away from the summer lows, amid concerns that the US-China trade spat, as well as slowing global demand, was impacting its bottom line. Increased demand for laptops and desktop PCs saw revenue hit $9.71bn in Q3. Across all of its divisions, demand for chipsets helped beat revenue targets across the board. The increasing growth of cloud services from Amazon and Microsoft also helped that division return to growth. Intel raised its full-year guidance at the end of last year to $4.60 a share on $71bn of revenue, and is already up over 30% from last summer’s lows.