The week ahead: UK & US inflation & retail sales 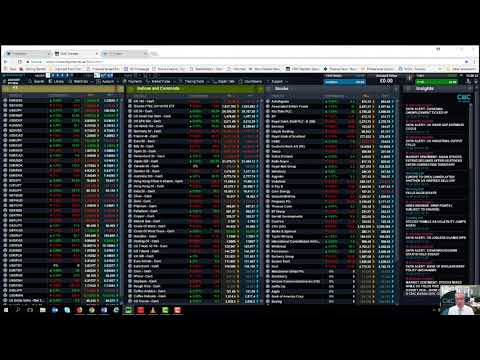 Chief Market Analyst, Michael Hewson, reviews the current weeks price action on the $SPX, examines UK and US inflation and retail sales, and looks ahead at the potential for further US dollar gains in the context of an evening star pattern on EUR/USD.

Wednesday: This week we'll get the preliminary indications of how well the German economy and ergo the EU economy performed at the end of last year. The prognosis looks positive, and moreover, it appears that the positive momentum from 2017 has carried over into 2018, if recent economic surveys are any guide. Expectations are for a strong end to the year and as such an annualised number of 2.7%, as the negative rate-environment continues to act as a tailwind to the economic uplift.

Wednesday: Rising wages over the last two months ought to act as a boost for both consumer spending as well as headline inflation in the latest January numbers. As far as retail sales are concerned, it always pays to be cautious with respect to January numbers, as consumers tend to pull back in the aftermath of Christmas spending so that they can stabilise their finances. Nonetheless, US retail sales are expected to rise at a lower rate of 0.2%, down from 0.4%. On the inflation front, predictions have been marked down from 2.1% in December to 1.9%.

Wednesday: Cisco Systems' shares have been on a decent run of late, though they have slipped back a little as a result of recent stock market volatility. The company has benefited greatly from the increased focus on security in the wake of recent cyber attacks. Its firewall and breach-detection systems were a key earner in Q1, with a rise of 8% in revenue. This is likely to continue to act as a decent tailwind to the business, as it places more emphasis on cloud and software-based solutions and less on its legacy business of routers and switches.

Thursday: It’s been a tough few years for TUI Travel, but at its August update last year the company managed to post its first profit in the first nine months of a year in its history. The rebranding process over the past few months appears to have gone according to plan, as the Thomson name is slowly phased out. The merger of its hotels and cruise business with its tour operator appears to have helped in controlling costs. Plus, demand appears to be returning in holiday destinations like Turkey and North Africa, which have been affected by recent terror attacks. Now that the festive season is behind us consumers will start to turn their attention to their summer holidays. So, forward booking indications are likely to tell us whether the company is on course to fill its summer holiday schedule.

Friday: This time last year Kraft Heinz mounted a rather unwelcome, as well as unsuccessful takeover bid on the Anglo-Dutch consumer goods giant Unilever. Since then its share price has declined quite markedly, recently hitting a 52-week low. While the company has continued to remain profitable, most of this has been down to an increasing focus on costs rather than an improvement in sales, which suggests that for all its efficiencies, consumers don’t appear to like its product lines that much. It also explains their interest in Unilever, which has a much better cross-section of products. Given the underperformance in share price it’s hard to imagine that this week’s Q4 numbers will pull them out of their recent slumber.