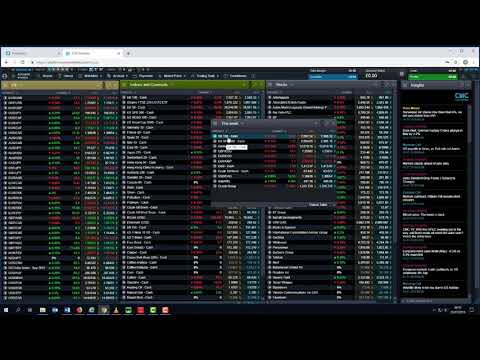 Watch our week ahead video preview, read our pick of the top stories to look out for this week (8-12 July), and view our key company earnings schedule.

Chief Market Analyst Michael Hewson looks back at the week's record peaks in US equity markets, as well as the push higher in European markets. Michael also looks ahead to the latest China trade numbers, Bank of Canada rate decision, and results from Ocado and Superdry. He also analyses key levels on the S&P 500, DAX and FTSE 100 indices, and GBP/USD.

There has been speculation over the last few days that we might get further details about a turnaround plan for the troubled bank. It is reported that management will be discussing measures over the weekend, with details as soon as early this week. This may be premature, and investors might have to wait until 24 July when Deutsche releases its latest numbers.

Tuesday: One of the best performers on the FTSE 350 year-to-date, the Ocado share price is up over 50%, as the online supermarket shrugs off concerns about its profitability, following a full-year pre-tax loss of £44.4m announced earlier this year. Rising sales have boosted investor expectations on future profit growth, with the latest being a new joint venture deal with Marks & Spencer. This appears to have prompted the company to offload its beauty business Marie Claire to Next for £8m, as it looks to reorientate its business towards food retail. Despite its performance this year, the share price has struggled since hitting record peaks in April, largely over concern about the effects of a fire at its Andover distribution centre in February, which could impact its ability to meet its longer-term growth targets. Despite this, the latest Kantar data showed that Ocado was the UK’s fastest growing supermarket in the 12 weeks to June 2019, with sales rising by 11.3%. In February, management said they were confident of achieving retail revenue growth of between 10% and 15% this year. Could this guidance be adjusted to the downside?

Tuesday: Micro Focus has struggled for some time now, having spent most of the last couple of years integrating Hewlett Packard’s enterprise software assets, which saw the company treble in size in a short space of time. These growing pains led to the Micro Focus share price dropping sharply between 2017 and 2018, as revenue slowed dramatically. Since those 2018 lows, the share price has recovered over 50% of the way to its 2017 peaks, helped by buybacks, and expectations of a turnaround in the pace of revenue losses. The company said it expected to meet guidance for its first-half results in May.

Tuesday: When Levi Strauss launched its IPO earlier this year, it was one of those rare beasts, namely a new issue that was profitable, with a tried and trusted business model. That may help explain why the bump in its share price has been modest compared with a lot of its peers, whose share price rises have been driven skyward by hope, rather than expectation. When the company reported in Q1, profit came in at $146.6m, or $0.37c a share, on revenue of $1.44bn, with sales strong in both the US and Asia markets. The company maintained its full-year outlook, and expectations are for a similar performance this quarter, with the shares still modestly above their $17 IPO price.

Wednesday: The Superdry share price has struggled for the most part of this year. Having sunk like a stone last year, as management came under fire from founder Julian Dunkerton for their stewardship of the company, the shares managed to find a base at the end of last year. Since then they’ve broadly stabilised and traded sideways, with the return of Mr Dunkerton raising hopes that he can turn the business around. In May, the company issued a third profit warning. In the year to 27 April, Superdry’s wholesale revenue rose 3.6%, though a poor Q4 undermined hopes of a much better performance overall. Online sales were also disappointing, rising a meagre 1.6%. Against such a weak backdrop, investors will want to know how Mr Dunkerton intends to turn the business around and help the share price recover, in what is becoming an ever tougher environment for clothing retailers. View our Superdry annual results preview article.

Wednesday/Thursday: Having overseen a decent performance in the first quarter of this year, Q2 looks set to be a much weaker affair. Weak consumer spending, and a manufacturing sector that is coming under pressure from a global manufacturing recession, has seen economic activity slow heading into the summer months. Concern about global trade disruptions, whether they be Brexit or China-US related, has also led to a slowdown in services sector activity. This week’s UK data for April is unlikely to shift this narrative, while the Bank of England will probably reiterate that it remains ready to support markets in the event of a no-deal Brexit, with the most likely move in policy a rate cut in order to mitigate any disruption.

Wednesday: Up until fairly recently the Canadian economy was looking a little on the weak side, with flatlining GDP and weak consumer spending. This prompted a pivot towards a more dovish monetary policy position, after a phase of raising interest rates. In the past two months the Canadian jobs market has undergone a bit of a renaissance, with unemployment falling to 5.4% in May, a multi-year low, while wages have started to push higher, at their fastest rate since March 2018. This week’s decision by the BoC is unlikely to see any change in policy given the current backdrop, particularly with oil prices also looking strong. Central bank officials might keep the door open for a cut however, if the US Federal Reserve starts to cut rates in the months ahead.

Wednesday: Bed Bath & Beyond has been struggling with declining sales and falling revenue, with the shares trading near record lows, and little indication of an improvement in the near term. E-commerce sales have been improving, but not enough to compensate for falling sales at physical stores. Gross-profit margins have also been falling, with management hoping to arrest the slide by removing lower margin items and minimising discounts. The company is still profitable, but there appears to be a concern that in cutting too many products, the business is hampering its ability to boost footfall.

Thursday: Delta Air Lines returned $1.6bn to shareholders in Q1, with little sign that passenger demand was slowing, as it reported a record $10.47bn in revenue, while profit jumped to $730m. The company expressed confidence that revenue could rise by over 6% in Q2 from the same quarter in 2018. This optimism looks well placed, after the company upgraded its profit forecast to a midpoint of $2.30c a share a few days ago. Unlike its peers, Delta doesn’t have any Boeing 737 MAX’s in its fleet, and this appears to be helping the company in terms of maintaining its market share in a competitive US market.

Friday: The picture on China trade continues to paint an uncertain outlook. With the implementation of new tariffs on both US and Chinese goods at the beginning of June, we could see a further negative effect on the balance between imports and exports. In April there was a pickup in imports, after several months of declines, but this proved a false dawn as imports slid 8% in May. With internal demand still looking weak, exports have been patchier, oscillating between positive and negative territory throughout most of this year. May’s modest rise of 1.1% suggests that June might slip back. For all the pessimism around manufacturing, services have been doing somewhat better, which suggests that with wages holding up and unemployment fairly low, global demand is likely to be more sticky. It’s likely that fears the US would put tariffs on the remaining $300bn of Chinese goods, in the lead-up to the recent G20 meeting, could have prompted some front-running, potentially skewing the trade numbers.