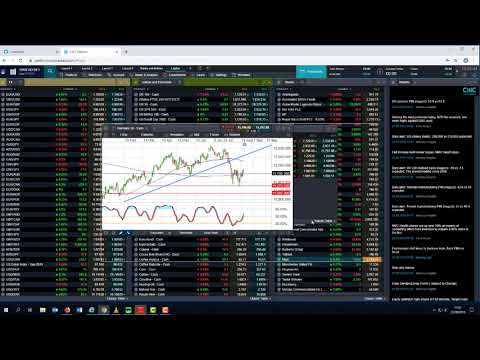 France/Germany GDP & G7 meeting
Tuesday & Thursday: It’s an important week for European GDP numbers. France and Germany are set to release updated Q2 GDP numbers against a backdrop of concerns about slowing economic growth. Germany’s reading will be of particular interest given recent speculation about the prospect of fiscal stimulus, although to some extent a lot of the weakness is already priced in. The weekend G7 meeting is likely to see Germany come under pressure to consider a big fiscal stimulus plan in the coming months. As Europe’s biggest economy they have the most capacity to do that, but are constrained by a dislike of too much debt, as well as a constitutional debt brake (or black zero), which means that any deficit spending needs to be approved by the German parliament. That’s a high bar when economic output is currently weak and unemployment is historically low.

Best Buy Q2 results
Thursday: Having nearly gone out of business a few years ago, Best Buy has enjoyed a decent turnaround in the last few years. With about 15% of the US consumer electronics markets, the company has gone from strength to strength, and has been able to hold its own with Amazon and Walmart by offering in-house expertise to its customers. The trade war with China could affect its margins, and was one thing that management had an eye on in previous updates. Expectations are for Q2 profits of $0.98c a share, the same as in Q1.