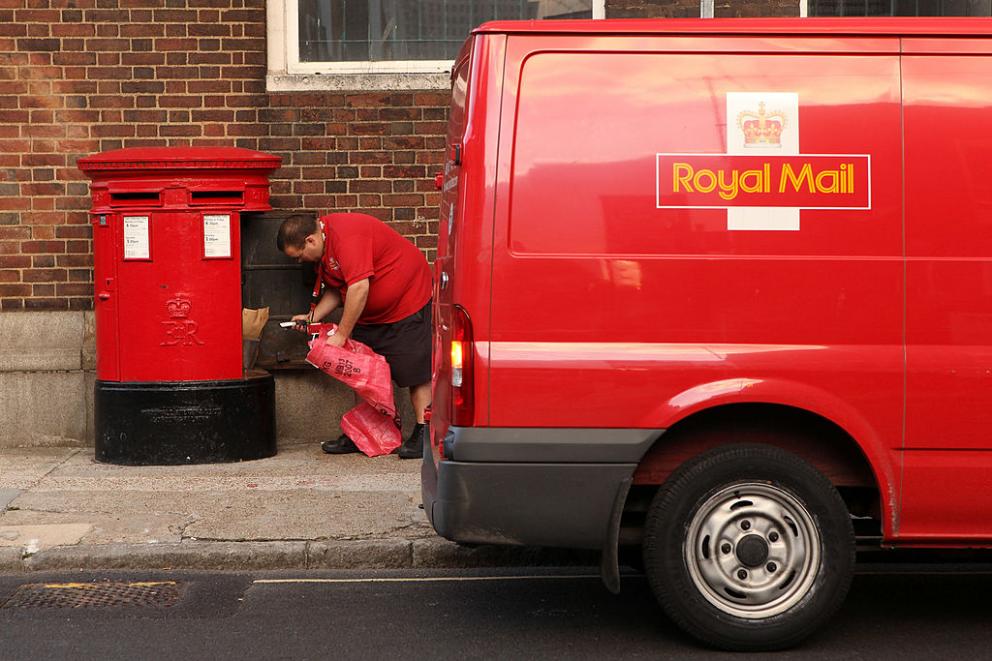 Royal Mail’s share price has tumbled after the company confirmed its transformational scheme is behind schedule.

The company has issued several profit warnings in recent years, which promoted the group to embark on a re-organisation plan – though it is not the progression management had hoped for. However, the move to have an improved automated parcel business is going well, with roughly 26% of the business conducted in that fashion – an improvement on the 12% last year.

Profits fall from a lack of letters

The UK parcel and courier service delivered a 13.2% drop in first-half adjusted operating profit to £165m, with margin slipping by 70 basis points from 3.9% to 3.2%. This drop suggests the company doesn’t have a handle on its costs, and this comes at a time when the business is facing a "challenging financial outlook". Group revenue ticked up by 5.1%, with the delivery service GLS being the breadwinner in terms of revenue, as it increased by 14.1%. Royal Mail is adapting to the change in lifestyle habits as people post fewer letters and send more parcels, hence why the revamp of the parcel business is crucial.

Can the parcel save the mail?

In May, Royal Mail's share price took a hit when the company revealed a 26% fall in adjusted operating profit before transformation costs to £509m, which was at the lower end of the company guidance of £500-£530m. The group took the drastic measure of cutting the annual dividend by 40%, in a bid to fund major operational changes. Some £1.8bn is needed to fund the investment, which should bring about major operational efficiencies. Changes in the parcel unit should mean that 80% of the business is done through automation. The financial markets are quick to punish underperforming firms, but whenever a group is undergoing a turnaround, traders are reluctant to get on board until progression has been made. Royal Mail’s share price might remain subdued in light of today’s announcement, as the turnaround is behind schedule.

The race for the letterbox

The company, previously owned by the government, has a heavily-unionised workforce, so ordinarily, a pivot to automation would be welcomed in the free market. However, the group is likely to run into industrial disputes should the rise of automation lead to lower headcount. Another problem Royal Mail suffers from is that they must offer uniform services across the entire UK, while other delivery companies can choose to focus on more lucrative regions, or offer different pricing structures. This essentially puts the other delivery companies at a competitive advantage – another negative legacy issue of the state-owned days.

Christmas comes early, but not for Royal Mail’s share price

Management won a legal battle at the high court to prevent staff from striking on the run up to the busy Christmas period. The union is seeking to appeal the decision but nonetheless, strike action is something that can hold back Royal Mail's share price. The shares have been on a bumpy ride in recent years, and traders are likely to steer clear of them until it improves its industrial relations, and steps up the automation of the parcel business. This will be key to Royal Mail's long-term survival.