A guide to Tencent stock

Tencent is a Chinese multinational technology company that owns a number of well-known subsidiaries within the technology and entertainment industries. Founded in 1998, the company listed on the Hong Kong Stock Exchange in 2004, where investors could start to buy and sell Tencent shares. Tencent is one of the largest tech companies worldwide and it has evolved by expanding its range of activities, not only across Asian markets but also on a global level.

See inside our platform

Get tight spreads, no hidden fees and access to 12,000 instruments.

What companies does Tencent own?

As Tencent is also a conglomerate holding company, it owns a number of brands within multiple sectors. We explain these in more detail below.

Tencent consistently features on annual lists of the world’s most valuable brands, and often tops the list as the most valuable Chinese brand.

Tencent stock is listed on the Hong Kong Stock Exchange, where local traders can buy and sell shares. It is also a constituent of the Hang Seng Index, which measures 50 of the largest market-cap companies on the Hong Kong stock market.

Even though it is not amongst the most well-known shares, as it is not listed directly on a US-based exchange, those who follow the gaming industry may see it as a diverse and worthwhile company. The gaming sector offers large growth opportunities, especially in Asia, where it has been growing steadily for many years and moves more money that the film industry. This perhaps gives Tencent’s share price an opportunity for fast growth.

The fact that Tencent is a Chinese company, however, has its downsides. The Chinese government has a lot of power over the industry and often limits or blocks video games based on arbitrary control policies that subsequently have an effect on the performance of gaming stocks​. Advertising in China is also an issue. Further advertising would allow Tencent to increase its already huge profits; however, it has been greatly limited by the central government.

Despite these drawbacks, Tencent Holdings is growing at the levels of its major international rival companies, such as Microsoft and Sony.

Trade on Tencent stock on the go

Seamlessly open and close trades, track your progress and set up alerts

As discussed, the gaming sector is providing a great boost for Tencent and we could expect revenue growth again this year, after Tencent’s end of year report boasted a 29% rise in 2020. This suggests that the company may be a promising Chinese stock to look out for in the share market.

Its financial and business service generate most of its revenues from Tencent Cloud, the second largest could platform in China after Alibaba Cloud. WeChat Pay and Alipay (by Alibaba) have a duopoly over the digital payments market. The Tencent advertising sector also sells ads on WeChat, its other apps and Tencent Video, a streaming video platform.

How to trade on Tencent shares

Get tight spreads, no hidden fees, access to 12,000 instruments and more. 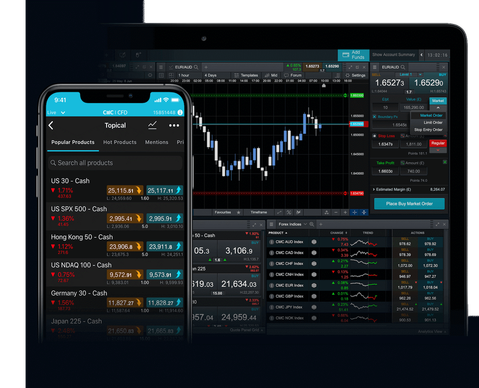