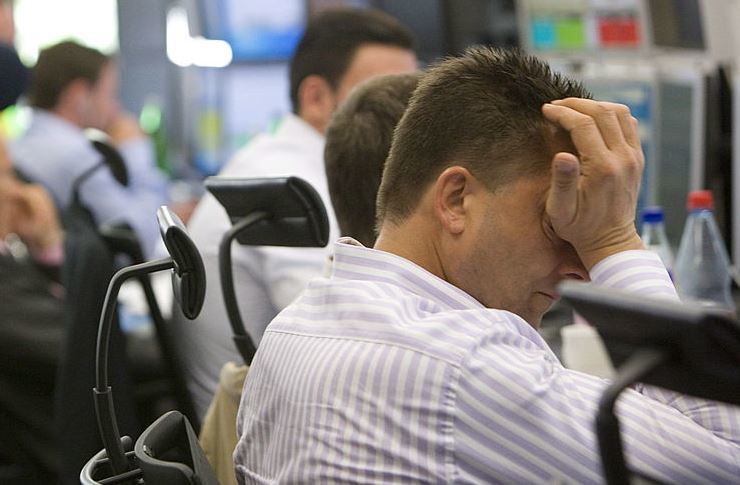 European stocks have given up some of their gains of the last few days, after US House Speak Nancy Pelosi pushed back on the prospect of a stimulus agreement plan in the near future.

With the S&P500 close to record highs it would appear that US politicians are tone deaf to the very real risks to the economy of their procrastination, at a time when their stock portfolios are looking quite healthy, and the US jobs market continues to show signs of improving.

It has now been nearly two weeks since the $600 a week unemployment enhancement benefit ended, and thus far we haven’t seen a significantly negative effect in the weekly jobless claims numbers, though this could change quickly in the coming weeks.

Most of today’s weakness has been reflected in the oil and gas sector after the IEA downgraded its outlook for oil demand due to concerns about the outlook for air travel, with Royal Dutch Shell and BP under pressure after three days of decent gains.

ITV shares are one of the worst performers on the FTSE100 after it was announced it was losing its place in the MSCI global index as part of a quarterly review.

Travel operator TUI’s latest numbers have seen the shares drop sharply today, after they threw into sharp focus the stark reality of the challenges facing the travel industry. Coming on the back of yesterday’s stabilisation package with the German government, which was increased by another €1.2bn we saw that Q3 revenues declined an eye watering 98.5% to €75m as the company swung to a €1.46bn pre-tax loss.

Summer bookings were down 81% with the company saying it expected to achieve breakeven in Q4, which still seems a tall order, at a time when there are concerns about a second wave. As part of the bailout deal to shore up its finances the company has had to get rid of 8,000 jobs, as well as half of its aircraft fleet.

It was a slightly more positive story for GVC Holdings, the company which owns Ladbrokes and Corals. Their latest numbers pointed to a sharp shift to on-line, as the company posted an 11% decline in net gaming revenue in the first half of the year. This knocked gross profits down by 13% to just over £1bn.

Despite a sharp decline of 50% in UK retail like for like revenue, mainly due to the closure of its retail stores, on-line NGR rose 21%, with gaming rising by 31%. This helped boost earnings by 53% to £368.6m, which in turn helped to offset the much bigger hit to UK and European retail revenues.

Precision engineer and manufacturing company Renishaw has also seen its business hit by the challenges of Covid-19, its share price plunging sharply after annual revenues declined 11% to £510.2m, prompting the company to pull its dividend, after profits fell to £3.2m, down sharply from £109.9m the year before.

The company was hit by a combination of trade tensions between the US and China, while its healthcare business was affected delays in orders, installations and postponements of elective surgery, due to the various lockdowns.

Transport provider National Express has also seen its shares drop sharply after its latest half year results saw mileage and passenger travel fall by 80% during its first half, despite a good start to the year. As a result of the slump in travel the business boosted liquidity by £800m, including £600m from the Coronavirus Corporate Finance Facility. The company has also put over 40,000 employees on furlough, temporarily laid off.

Overall group revenue fell 23% to just over £1bn, as the company posted a group statutory loss before tax of over £122m, with little prospect of a rebound in the short term.

US markets opened slightly lower, even as the Nasdaq continues its push higher, after the latest weekly jobless claims came in at 963k dropping below the 1m level for the first time since before the lockdown in early March. Continuing claims also fell back to 15.48m, again the lowest figure since the first week in April.

At the end of July there was much handwringing at the prospect of the loss of the weekly $600 unemployment enhancement, and the effect it might have on the US jobs market. Yet here we are, two weeks into August and the weekly claims numbers have continued to fall, as have the continuing claims numbers.

With US stock markets at record highs and the jobless claims numbers still on a downward track, US politicians have little incentive to arrive at any sort of new stimulus deal, and so the procrastination is likely to go on, until one or other of these two factors goes into reverse.

Apple shares are in focus after the company laid out a new subscription plan called Apple One, which appears to be designed to take on Amazon’s Prime subscription bundle. These look set to be launched in October just in time for the pre-Thanksgiving and Christmas period, and look set to be aimed at trying to encourage subscription to multiple Apple services, including Apple Music and Apple TV+.

Cisco Systems shares have also come under pressure after the company downgraded its expectations for its Q1 forecast, saying that they expected a fall of between 9% and 11% from last year.

The latest numbers from on-line car dealer Vroom has seen the shares slide into a ditch today, after the newly IPO’d business posted a bigger than expected Q2 loss of $63.2m. Q3 guidance was also disappointing with the company estimating an even bigger loss than the one we saw in the last quarter.

Ride sharing app Lyft shares have also come under pressure after reporting a 61% drop in revenue in Q2, though this was slightly better than expected. In terms of the restarting of the business the outlook was more positive, with rides 78% higher in July than in April.

The US dollar appears to be under pressure again after the gains of recent days as doubts continue to grow about a US stimulus plan, after yesterday’s comments from Nancy Pelosi.

The pound is also outperforming on optimism over a possible EU/UK trade deal as talks get set for a restart next week on the 19th August, with reports that the Irish PM expressed optimism that there is a “landing zone” coming into view for a post Brexit trade deal.

The worst performer is the New Zealand dollar after the government there re-imposed lockdown restrictions in Auckland, after an outbreak of coronavirus cases.

Oil prices are under a little pressure after the IEA downgraded its outlook for oil demand due to concerns about the outlook for air travel. The IEA became the latest in a number of bodies to do this in the last day or so, following in the footsteps of OPEC as well as EIA. The decline in air travel is likely to be longer lasting than originally predicted due to the risk of isolated outbreaks acting as a brake on mobility.

Gold and silver prices appear to have stabilised for the time being with the weaker US dollar also helping.

The early new year resilience of equity markets in 2021 owes more to expectations of a bigger-than-expected fiscal response from the US, than concerns about the global economic outlook