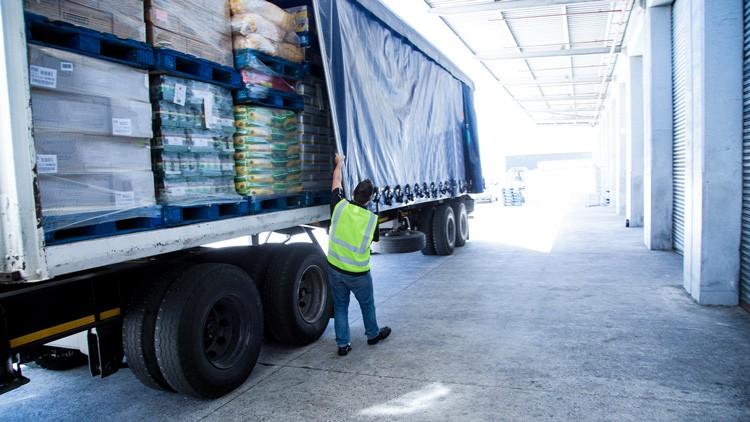 In what turned out to be another choppy day for financial markets, stocks slipped lower in Europe, while the euro also underwent a rather choppy session as well, pushing briefly above the 1.1900 area after the ECB said there was no need to over react to recent euro gains, before slipping back sharply, later on in the day.

There appears to be an undercurrent of disagreement between certain members of the ECB Governing Council over the recent rise in the euro, with ECB Chief Economist Philip Lane once again articulating his concern that the rise in the euro is likely to make it much more difficult for the ECB to hit its inflation target, saying that there was no room for complacency. His tone contrasted to the more relaxed manner adopted by ECB President Christine Lagarde at yesterday’s press conference on the rise in the euro. Sadly, there remains very little the ECB can do about this, since the rise is primarily down to the weakness in the US dollar.

One potential reason for the slide back from the 1.1900 level in the euro, was rising concern that Europe was undergoing a resurgence in virus cases, particularly in France and Spain, which in turn could undermine the recovery further, while cases in the US finally appear to be coming down.

On the other side of the pond US stocks started to roll over again after European markets closed, largely due to yet another failure of politicians in the US to agree on a new fiscal stimulus package, while nervous investors continued to fret about valuations, particularly in the tech sector. This sector appears to be continuing to drive broader sentiment, as US stocks fell back for the fourth day in five, with the S&P500 and Nasdaq both closing just above their Tuesday lows.

This new failure, along with rising concern about slowing demand and a weakening of the recovery into year-end also served to undermine oil prices, pushing them towards their weekly lows.

This weakness hasn’t translated into Asia markets which ended the week on a positive note, with the Nikkei225 finishing the week higher for the third week in succession.

Markets here in Europe look also set for a better week despite all this week’s volatility even though we have opened slightly lower this morning.

On the earnings front investment manager Ashmore Group posted its latest full year numbers reporting a rise in pre-tax profits to £221.5m, compared with £219.9m, however this was below expectations, with revenues also falling short at £330.5m, a rise of 5%.

Assets under management fell 9% to $83.6bn largely as a result of the uncertainty brought about by the slide in oil prices and the coronavirus pandemic.

Rio Tinto also announced a number of senior management changes as a result of recent events that saw the company come under fire for allowing a number of explosions at some important aboriginal Australian heritage sites in Western Australia’s Pilbara region. CEO Jean Sebastian Jacques will be stepping down, as will Iron Ore operations CEO Chris Salisbury. Head of Corporate relations Simone Niven will also depart at the end of this year, as the company looks to draw a line under this shocking episode, and try and restore its battered reputation.

Travel and leisure stocks are once again under pressure after the UK added Portugal to its quarantine list, while fears over rising coronavirus cases across Europe as well as tighter UK restrictions are seeing some weakness, with IAG and TUI Travel shares on the slide again, along with Premier Inn owner Whitbread, and Holiday Inn owner Intercontinental Hotels.

The pound has had a torrid week slipping to six month lows against the euro and sliding sharply against the US dollar as this week’s EU/UK trade talks broke up in acrimony and recrimination, with the EU pushing back on the UK government’s insistence on pushing through its internal market bill, which makes changes to some of the conditions of the arrangements around the Northern Irish border.

The deterioration in relations this week prompted the EU Commission to accuse the UK government of not acting in good faith, an accusation that in some UK circles has been levelled back at the EU, and its own negotiation strategy.

Against this rather tense backdrop today’s UK economic data is almost a side show, but nonetheless it shows that the UK economy continues to recover at a better rate than most of its counterparts on the European mainland, though the recent deterioration in EU/UK trade negotiations could also act as a brake into year-end as the prospects of no deal increase further.

Manufacturing and industrial production for July showed an increase of 6.3% and 5.2% respectively, while the latest monthly GDP numbers showed the UK economy expanded for the third month in succession, with a 6.6% gain, following on from June’s 8.7% expansion. We still remain some way short of the -20.4% contraction in April, but at least progress is being made with the rolling three-month GDP number improving from -19.1% to -7.6%.

The reality is that even with all the economic re-openings that have happened since July it will be enormously difficult to claw back the rest of the lost output quickly while social distancing remains in place, as this will continue to act as a handbrake on any recovery. This is reflected in the lacklustre rebound in services activity, which improved 6.1% in July, below expectations of 7%.

US markets look set to rebound on the open, though it still looks like they will finish lower for the second week in succession as investors look to make sense of the recent sharp rise in volatility, against a US political backdrop that is likely to get even more fractious as the November election comes closer into view. For now, the Nasdaq and S&P500 are holding above the 50-day MA which appears to be acting as a support level in respect of the recent declines.

Peloton latest Q4 numbers saw the company blast through expectations as sales surged 172%, as a result of the slow reopening of gyms and exercise spaces. Revenues came in at $607.1m considerably above the $582.5m expected, and well above last years $223.3m, posting profits of $89.1m, compared to a $47.4m loss, a year ago.

Building on these numbers the company expressed optimism about the outlook for 2021 projecting annual sales of between $3.5bn and $3.65bn, which would be almost double from a year ago.