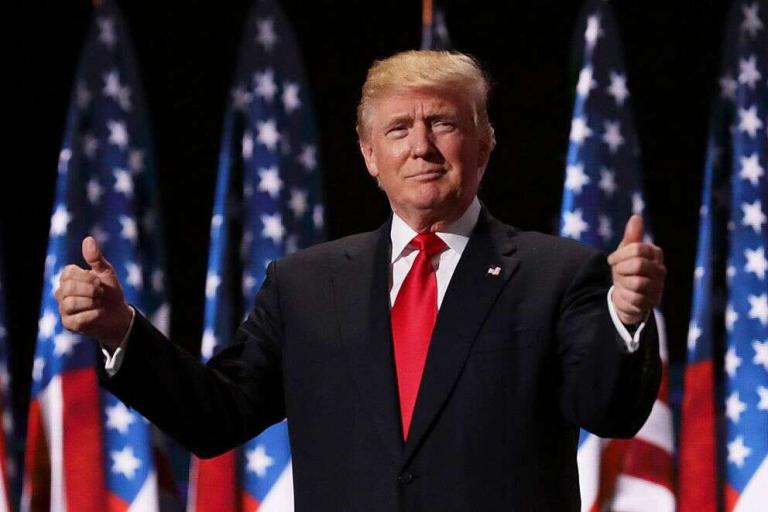 Stocks in Europe and the US enjoyed a bullish run yesterday as hopes were lifted on the back of encouraging reports that President Trump’s health was improving.

On Sunday, the US leader announced in a video that he was getting ‘great reports from Doctors’. There was speculation that Donald Trump was going to be released on Monday, so that was the dominant story of the session.

The mood in the markets was the polar opposite yesterday to the bearish sentiment on Friday – when it was first announced that the US leader had tested positive for Covid-19. Roughly three hours after the close of the European markets yesterday, it was reported that Mr Trump would be released within a few hours and the announcement helped US stocks extend their gains. The US leader claimed he would be back on the campaign trail again.

Yesterday, it was reported that House Speaker, Nancy Pelosi, spoke to US Treasury Secretary, Steven Mnuchin, for one hour in relation to the proposed coronavirus stimulus package. No details were released, and it is understood that they will speak again today. Over the weekend, Mr Trump called on politicians to reach an agreement so that was a factor in yesterday’s bullish move. Donald Trump hasn’t been doing great in the opinion polls, and that could make Republicans more likely to compromise and reach a deal with Democrats.

The risk-on strategy of dealers pushed the US dollar to a two-week low. In recent months the dollar has typically benefitted from a tumble in stocks, so yesterday the greenback fell as the equities rallied. Even though the dollar declined yesterday, the upward move from early September is still in place.

Metals such has gold, silver, palladium and platinum rallied yesterday. The assets are all listed in dollars so the cheaper underlying currency made them relatively less expensive to buy. Industrial metals such as silver, platinum and palladium caught a bid on the back of the overall risk-on mode too, as they typically outperform when traders are keen to take on more risk. Copper was the odd one out for two days in a row – as it rallied on Friday even though the broader mood was negative, and it pulled back yesterday.

Oil was in step the bulk of commodities as the energy rebounded from the multi-months that were set on Friday – Brent crude and WTI dropped to their lowest levels since mid-June. Traders bought back into the oil market yesterday as the wider mood in the markets was optimistic because of the Trump story. Oil workers in Norway went on strike and that played a role too, but there were fears of industrial action recently.

The Reserve Bank of Australia kept rates on hold at 0.25%, meeting forecasts. The central bank predicts that the jump in the unemployment rate won’t be as high as initially thought, and they are assessing the possibility of additional easing with respect to the jobs market. Stocks in Australia and the Far East are up on the session. European indices are called a little higher.

Speaking at the Conservative party conference, Rishi Sunak, the Chancellor of the Exchequer, vowed to find ways to ‘support people and businesses’. The politicians have been very robust in his response to support the economy, but he also mentioned about cubing spending ‘over the medium term’.

The latest service data from some of the major Western economies were released yesterday. The eurozone updates lagged behind that of the UK. As far as the euro area is concerned, the Spanish services PMI update was the weakest as it was 42.4, a sizeable fall from the 47.7 posted in August. Germany, was the pick of the bunch as the reading was 50.6 – the only one of the single currency area to register growth. The UK services PMI for September was 56.1, and that cooled slightly from the 58.8 posted in August. The US ISM non-manufacturing reading increased to 57.8 from 56.9.

The UK construction PMI report for September will be posted at 9.30am (UK time) and economists are expecting 54.1, which would be a dip from the 54.6 posted in August.

The US trade deficit for August is tipped to be $66.2 billion and it will be announced at 1.30pm (UK time).

EUR/USD – has been moving lower since early September and while it holds below the 50-day moving average at 1.1802, the bearish move should continue, and it might find support at 1.1533, the 100-day moving average. If the wider bullish trend continues, it should target 1.2000.

Volatility in the markets was relatively low for most of the day yesterday.

Volatility in the markets was relatively low for most of the day yesterday.

The mood in Europe is now a little bullish.

Traders are in risk-on mode on the back of the reports that President Trump’s health is improving.