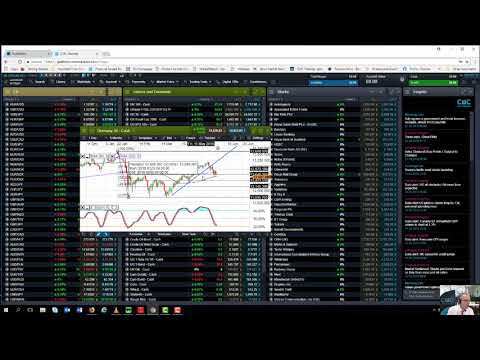 Services PMIs (May)
Tuesday: It was expected that after a soft Q1 and strong performance in 2017 that we would see a pickup in European services PMIs in Q2. So far however, we’ve seen little indication that this is happening. The latest flash numbers from France and Germany pointed to an even sharper slowdown in May. If this is confirmed, then we could find that the European Central Bank delays dialling back on its stimulus programme into next year. It’s been a similar story in the UK, though there has been some evidence of a pickup in May, particularly since the Royal Wedding is likely to have offered a boost in tourist numbers.

AO World full-year results
Tuesday: Online white goods retailer AO World has struggled to deliver on expectations since its IPO in 2015. It has found it difficult to make a profit as it takes on the traditional retailers in both its UK and European markets. The company has yet to make an annual profit, although there are signs that progress is being made in terms of increasing revenue in both of its core markets. Despite the progress being made, it is hard to see whether further gains are justified with the share price up over 45% so far this year.

Workspace Group full-year results
Wednesday: Workspace Group, a leading provider of office and studio space in London, has been one of the success stories of the past few years. Despite a brief slump in the aftermath of the Brexit vote and worries in the commercial property sector, the share price has continued to make its way higher, up over 70% since lows in July 2016. In its half-year update at the end of last year, the company reported a profit of £123.7m and also raised its dividend. The demand for flexible office space has helped drive the company’s growth over the past few years, though there is a risk that a cooling London property market could see a downgrading of expectations over the next 12 months. The total value of its property portfolio was estimated at £2.1bn in November last year, so it will be interesting to note whether this has been adjusted lower in this week’s full-year numbers given the company’s concentration in the London market.

China trade (May)
Friday: After a slowdown in exports in March, the Chinese economy showed signs of picking up in April, with a significant upturn in both import and export growth. This suggests that after a slow start, and some possible disruption from Chinese New Year, that economic activity is normalising. There is still some concern that economic activity might be affected by the uncertainty over US/China trade talks, although China’s export activity should give a decent indication as to whether global demand is picking up again.