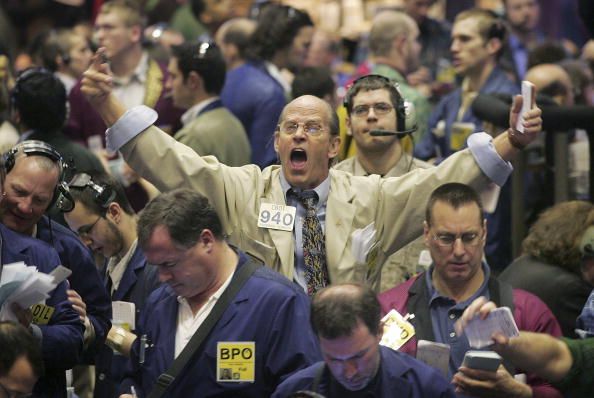 Stock markets in Europe have posted decent gains for a second day in a row as a slight thawing of US-China trade relations, combined with hopes surrounding the easing of lockdown restrictions has boosted equity sentiment.

It was reported last night that Chinese state controlled companies placed orders to purchase agricultural goods from the US. The purchases sends out a positive message that the two largest economies in the world are still trading, despite the rising tensions in relation to Hong Kong.

The bullish momentum is also being helped by the fact that governments are taking measures to reopen their economies. In terms of economic activity, things are still way below where they were before the lockdowns, but the small bit of progress is welcomed by dealers. The Frankfurt Stock Exchange was closed yesterday as it was Whit Monday, so German traders have been making up for lost ground today, and the DAX hit its highest level since early March.

McCarthy & Stone, the house builder that specialises in retirement properties have confirmed their sales and construction teams will go back to work on 8 June. In relation to building work, operations will recommence on sites that are nearly finished to begin with, and sales teams will initially begin showing off properties that are completed. Given their target market is older, the company decided to wait longer before going back to work – the likes of Barrett Developments and Persimmon reopened their construction sites weeks ago. The Covid-19 infection rate at McCarthy & Stone’s retirement communities is below that of the general UK population above 65, so in the current climate, that is likely to be a major draw for potential clients.

Lufthansa have taken a step toward being bailed out by the German state as the board has approved a package. The struggling airline will receive €9 billion from the German government, but there are a few strings attached. The airline will have to give up slots in Munich and Frankfurt, and the German government will take two seats on the company’s supervisory board. The Berlin administration will become a 20% shareholder in the firm, and there is a possibility the stake might increase to 25%. On 25 June, Lufthansa shareholders will vote on the terms of the deal. The bailout proposal will also need approval from the regulator.

EasyJet are going on the offensive as the airline plans to be operating flights to 75% of its network by August. The airline will require that passengers wear facemasks on the flights. The aviation sector has effectively been put on hold on account of the pandemic, and it appears the low-cost carrier is keen to ramp up its activities. The airline has also launched its biggest ever summer sale, but the acid test will be whether there is much demand for flights.

Alan Stewart, Tesco’s CFO, has announced plans to retire. Mr Stewart joined the company in 2014, and since then, the supermarket giant has undergone huge restructuring. Tesco, like the other major players in the sector had to react to the rise of Aldi and Lidl. The company has slimmed down in recent years, and that took place under the leadership of Dave Lewis, the CEO, who is leaving the company later this year.

The S&P 500 is fractionally higher as traders have largely shrugged off the civil unrest that has been going on in a number of US cities, and they are focusing on the relationship with China. In addition to that, the reopening of states in terms of the lockdowns is helping the mood too.

Regarding the violence seen in US cities, President Trump yesterday threatened to send in the military, and should that be the case, it might hamper the rally in stocks, as that would signal a very scary state of affairs.

Dick’s Sporting Goods shares are fractionally higher today following the release of the company’s first quarter results. The loss per share was $1.71, which was a far greater loss that analysts had expected. Revenue fell by 30.7% on a yearly basis to $1.33 billion, marginally topping the consensus estimate. The lockdown had a brutal impact on same store sales as they fell by nearly 30%. On the bright side, the online unit saw a 110% jump in revenue, hence why the stock is up on the session,

Zoom Communications has become extremely popular amid the lockdown as video conferencing for professional and social reasons have taken off. The group will release its first quarter figures tonight after the close of US trading, and dealers have high hopes for the company as the stock hit another record high today in anticipation of the earnings release. Keep in mind, the company experienced record usage in February, and that was before the height of the pandemic, so traders will be expecting a new record to be set in terms of usage. The share price pushed higher in early trading, but thye are now down on the session.

The US dollar is in the red again. The violent clashes seen across the US recently is not helping the greenback’s case. The weakness in the US dollar could also be down to the fact that traders are content to take on more risk, and therefore they are dumping safer currencies like the dollar.

The positive moves seen in energy and metals recently has assisted the ‘commodity currencies’ like the Canadian dollar and the Australian dollar. The rally in the ‘loonie’ and the ‘aussie’ is a clear sign of a higher risk tolerance.

The weakness in the greenback has lifted GBP/USD even though the latest house price data and mortgage lending figures from the UK were disappointing. The Nationwide HPI for May showed a fall of 1.7%, the largest monthly fall since 2009. Mortgage lending in April slumped to £300 million from more than £4 billion in the previous month.

Gold is gaining ground thanks to the continued slide in the US dollar. The metal is quoted in US dollars so there is an inverse relationship between the two markets, which is a factor too. It is possible the gains in gold are capped because stocks are strong, and traders have less interest in holding lower risk assets, such as gold.

WTI and Brent crude are higher this afternoon as there is speculation that Russia might agree to extend the current output levels – which was a result of a ‘historic’ cut in production. The OPEC+ meeting will take place next week, and dealers are taking the view that Russia will be happy to maintain the current production levels beyond July.