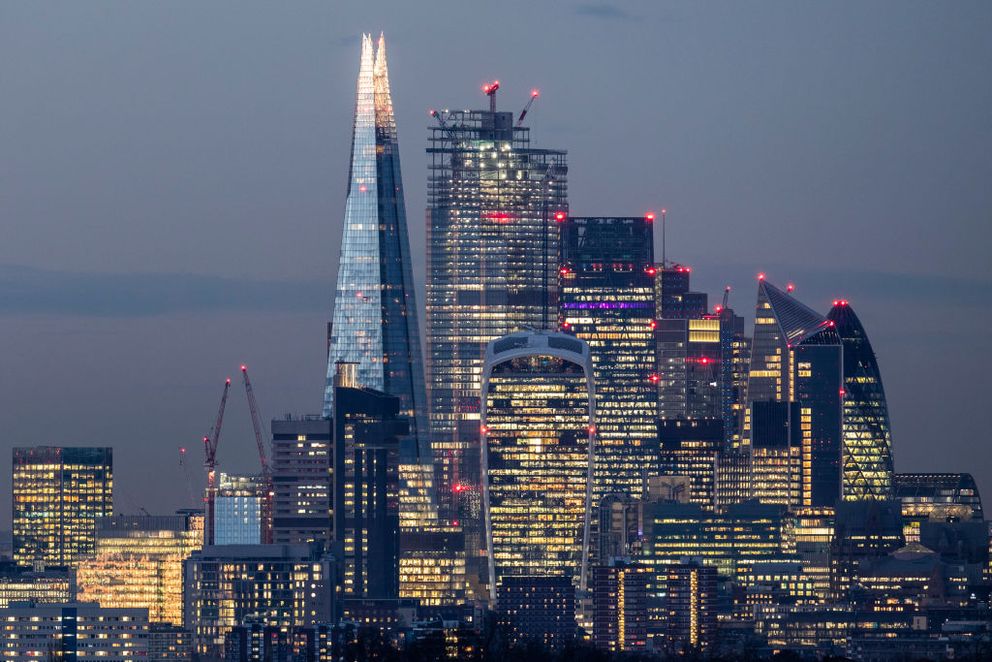 Equity markets are broadly lower this afternoon as the bulls appear to be in retreat.

The morning session was mixed as some optimism in relation to the easing of lockdowns was doing the rounds. There was no clear direction in European indices this morning and volatility was low. The markets that were already in the red, lost ground at a quicker pace when US trading got underway. The FTSE 100 has handed back some of its earlier gains, but it is still in positive territory.

Ocado shares hit a fresh all time high today after the company confirmed that second quarter retail revenue growth was 40.4%, and that was a big improvement on the 10.3% posted in the first quarter. The company has benefited greatly in terms of demand from the lockdown as people were keen to avail of the online grocery business. Even though the company had a very bullish second quarter, it will not be giving a guidance until the economic situation becomes clearer. Ocado are in rude health in terms of liquidity as they have £1.2 billion in cash. The company feels the lockdown will accelerate the transition to online shopping, which should benefit the group in the long run.

ITV shares are higher this afternoon despite the company confirming that advertising demand in April dropped by 42%. In the first quarter, total external revenue dropped by 7% and the ITV studios division saw revenue slide by 11%. The total viewership numbers were up by 2% in the three months, while the online viewing numbers surged by 75%. In a bid to conserve cash, the group revealed plans to cut costs by £30 million recently, and today, the firm said it plans to cut another £30 million. It would appear the enhanced cost cutting plans have assisted the share price, it is also possible the sell-off into March was overdone.

Halfords shares have surged to a level last seen in early March after the company announced that it expects full year pre-tax profit to be at the upper end of its forecast, £50-£55 million. In the current economic climate, it is more common for companies to downgraded their outlook or pull it, so the update is a welcomed change of pace. The firm said it performed better than expected in the final few weeks of its financial year, which was during the lockdown.

Metro Bank posted their first quarter update today. The bank has been struggling in recent years as there were concerns about its accounting practices as well as its risk management team. In the three months until late March, deposits ticked up to £14.55 billion, from £14.47 billion in December. The loan to deposit ratio is now 100%, while it was 101% at the end of last year. It was a conscious decision by management to decrease its loan book, which is no bad thing in the current environment.

Ikea confirmed that it will reopen stores in the UK on 18 May. It isn’t huge progress, but it is progress nonetheless, and it feeds into the wider narrative that economies are slowly reopening.

Stocks are showing modest gains as traders are hopeful that a further easing of restrictions is on the cards. A sizeable number of states have eased restrictions, and dealers are hoping that trend will continue. The ADP employment report showed that 20.23 million jobs were lost in April. Economists were expecting 20.05 million jobs to have been lost. The colossal fall in the labour market underlines the economic ramifications of the pandemic.

General Motors said the Covid-19 crisis cost the company $1.4 billion as plant closures caused huge problems. The firm’s operations in China, the source of the outbreak, were impacted at the start of the year. EPS were 62 cents, topping the 30 cents forecast. The group said it will reopen the bulk of its operations in the US and Canada from 18 May, workers will adhere to strict health and safety guidelines.

Disney revealed mixed second quarter numbers last night. Operating income in the three month period slumped by 58% when compared with the same period one year ago. EPS were 60 cents, which missed the 89 cents forecast. Revenue was $18.01 billion, topping the $17.8 billion consensus estimate.  The lockdowns have seriously impacted the company as entertainment production has been halted, cruises have suspended, and the theme parks have had to be closed. In relation to the coronavirus, there has been some positive news, as the streaming service, Disney+, now has more than 33 million paid subscribers. It is highly likely the lockdowns have helped the Disney+ business, but once things go back to normal, the growth rate might taper off.

Beyond Meat shares have jumped after the group confirmed that it swung to a first quarter profit of $1.8 million, which was a big improvement from the $6.6 million loss posted in the same period last year. Net sales soared by 141.4% to $97.1 million exceeding the $88.3 million expected by equity analysts.

The US dollar index is up for a third day in a row, so that is putting pressure on EUR/USD as well as GBP/USD. Certain states in the US have loosened restrictions, and the Fed seems content to maintain their current policy for the time being.

Whereas, the ECB have hit a speed bump in relation to its asset purchasing scheme thanks to the ruling from the German constitutional court yesterday, so that is likely to hang over the euro until the ECB alter the programme. The pound is unlikely to make any decent headway until the UK government maps out a plan to unwind some of the lockdown restrictions, and traders are looking ahead to Prime Minister Johnson’s announcement on Sunday – where he is tipped to lay out plans to loosen the restrictions

GBP/USD came under pressure in advance of the April UK construction PMI report being announced – which subsequently slumped to 8.2, a historic low. The pound has remained under pressure throughout the session.

The services reports from the eurozone this morning were horrendous. The single currency is down versus the US dollar on the day. The services PMI reports for Spain, Italy, France and Germany were 7.1, 10.8, 10.2 and 16.2 respectively. Eurozone retail sales in March fell by 11.9%, and the April update will probably be even worse seeing as the lockdowns covered a greater time frame.

Gold is in the red on account of the stronger US dollar. The greenback has been pushing higher in the past few days, so that has taken the shine off of gold. It is also worth noting that traders are less fearful of the US-China trade situation as they were at the start of the week, so the reversal of the flight to quality play has weighed on the metal too.

Oil is lower on the session as traders book their profits from the positive run it enjoyed in the past few sessions. The energy saw a spike in volatility on the back of the EIA report being announced. US oil inventories rose by 4.59 million barrels, but traders were expecting a build of 8 million barrels.