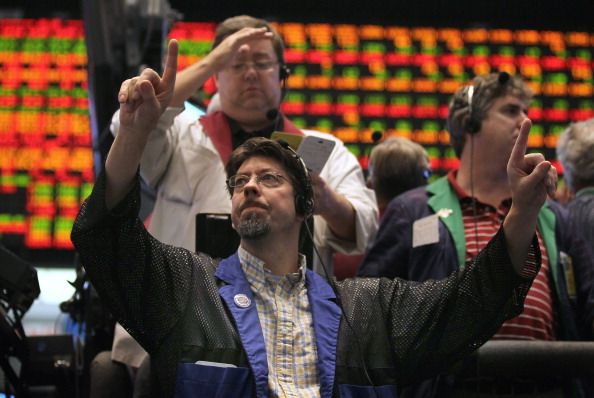 Equity markets in Europe tumbled yesterday as sentiment was hurt by a mixture of health fears in relation to the reopening of economies and concerns the economic downturn will last longer than originally thought.

A common theme this week has been concern about the rise in the infection rates when governments unwind their lockdown restrictions. Germany and South Korea have taken steps to recommence certain parts of their economies, but it has come at a cost – a jump in the number of new coronavirus cases. Traders are fearful that this trend will be seen in other countries that have eased restrictions too. Policymakers now have a new challenge on their hands – how will they reopen portions of the economy without sparking a second wave of the Covid-19 crisis?

When stock markets pushed higher from mid/late March until early May, the moves were partially driven by the view there would a V-shaped economic recovery whereby, once the lockdowns were lifted, the economic rebound would be relatively fast. On Wednesday, the Fed’s Jerome Powell effectively discarded that view by warning the recovery might be slow and painful. The central banker also cautioned that the downside risks are significant. The mood in equity markets changed this week as dealers realised the situation is likely to drag on for some time.

US indices were in a stronger position than European markets before the crisis, so they are holding up better amid the pandemic. The S&P 500, the Dow Jones and the NASDAQ 100 all finished higher last night despite incurring heavy losses in the first few hours of trading. A rebound in banking, energy and tech stocks helped the benchmarks.

Overnight, China announced several economic reports. The fixed asset investment reading for April was -10.3%, while the consensus estimate was -10%, and keep in mind the March update was -16%. Industrial production was 3.9% and economists were anticipating 1.5%, while the previous reading was -1.1%. Retail sales came in at -7.5%, and the forecast was -7%. The retail sales report for March was -15.8%. Traders responded well to the improving data from China, which is why stocks in Asia are a little higher. The European markets are on track to recoup some of yesterday’s losses.

The selling pressure seen in stock markets caused gold to emerge from its recent range of roughly $1,680 - $1,720, and the metal hit its highest level in nearly three weeks. Gold’s positive move helped silver move higher too. The metals gained ground yesterday despite the rise in the US dollar, so it is possible the rally in the commodities would have been even higher if it wasn’t for the firmer greenback. Copper, platinum and palladium were offside for much of yesterday’s session, but they recouped their losses in the last few hours of trading.

Sticking with the commodities theme, the oil market rallied yesterday as there was a change in perception about its demand   During the week, the EIA report showed that US oil inventories saw their first weekly decline since January. In addition to that, the gasoline inventories fell by more than expected. The IEA predict that demand for oil in 2020 will tumble by 8.9 million barrels per day (bpd), while the previous forecast was for a decline of 9.29 million bpd. It would appear that traders are less fearful about oversupply and storage issues. The WTI June contract hit is highest level since mid-April.

The German PPI rate for April is expected to fall to -1.8% from -0.8% in March.  The flash estimate of German GDP for the first quarter is predicted to be -2.2%, and keep in mind the growth rate in the final quarter of 2019 was 0.0%. The reports will be released at 7am (UK time) and 9am (UK time) respectively.

At 10am (UK time) the flash estimates of eurozone growth will be posted. The first-quarter reading, on a quarterly basis, is tipped to be -3.8%, which would be a sharp decline from the 0.1% posted in the previous quarter. The yearly reading is expected to be -3.3%, while the last update was 0.9%.

The US will post several important economic reports at 1.30pm (UK time). The retail sales report for April is anticipated to be -12%, while the report that strips out auto sales is expected to be -8.6%. The New York fed manufacturing reading is expected to be -63.5, which would be an improvement from the -78.2 registered in April.

The preliminary reading of the University of Michigan consumer sentiment report is expected to be 68, and keep in mind the April reading was 71. It will be posted at 3pm (UK time).