The week ahead: US retail sales & UK spring statement 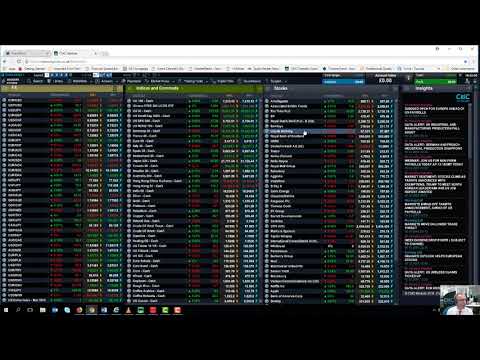 Our chief market analyst, Michael Hewson, looks ahead to next week’s UK spring statement and US retail sales.

Tuesday: The decision by the US sporting goods retailer to stop selling assault rifles in the wake of the recent school shooting saw the share price drop sharply, prompting criticism from some parts of the US gun-owning lobby. Dicks Sporting Goods downgraded its outlook for the year in one of its 2017 updates and, like most of the US retail sector, has been struggling to compete with Amazon in the US retail space.

Wednesday: Last week’s Chinese PMI data proved to be a bit of a disappointment, raising concerns about a possible slowdown in economic activity, particularly in the manufacturing sector. While this might be of concern in a normal month, in this instance it really shouldn’t have been given that over Chinese New Year most of the factory sector shut down for two weeks. This shutdown will inevitably skew February’s data so any setback needs to be put into context.

Wednesday: The last two months have seen US retail sales fall short of expectations, creating some anxiety that despite evidence of rising wages, consumers are starting to rein in some of their spending. This shouldn’t be surprising given that up until Thanksgiving spending had been strong, suggesting we’ve simply seen some balance sheet replenishment after a strong run of gains. The recent cold weather could also have caused a slowdown, but we should still expect to see a pickup in February.

Wednesday: It’s been a tough environment for food retailers over the past few years. The WM Morrison story, having undergone a significant rebound from its 2015 lows, appears to have stalled a little. CEO David Potts appears to have drawn a line under the declines in the first part of this decade, but in the face of intense competition from other sector rivals the shares have underperformed this year. This is despite seeing really positive market share numbers for its most recent quarter, when sales grew faster than Sainsbury’s and Asda. This week’s full-year results are expected to show that retail performance has improved along with wholesale, with the company’s partnerships with Amazon and McColls also pushing up total earnings expectations.

Wednesday: With the recent focus on problems in the construction and outsourcing industry, it’s important not to overlook what has been a success story. Balfour Beatty, which had serious problems of its own only a couple of years ago, is set to act as a template for the rest of the sector as it gears up to announce its latest yearly numbers. In the first six months of the year the company posted a £12m pre-tax profit, as well as raising its interim dividend. With the collapse of Carillion there had been some concern that its costs might go up. The £40m charge, along with other provisions, could have an impact on this week’s annual numbers. The company has made some disposals in that time, selling a 5% stake in its M25 business, and won some new contracts, notably at LAX airport, which should go some way to mitigating that gap. Nonetheless, the fallout from Carillion is likely to have had an effect.

Friday: Outsourcing companies have been in the news for all the wrong reasons recently and Interserve is no exception, having issued a number of profit warnings in recent months. There has been concern that the company could follow Carillion’s demise. However in recent weeks there has been talk that if it is able to renegotiate its long-term funding requirements, then the company restructuring can go ahead as it looks to regain control of its debt and stem the slide in profit.