The week ahead: US non-farm payrolls & Italian election 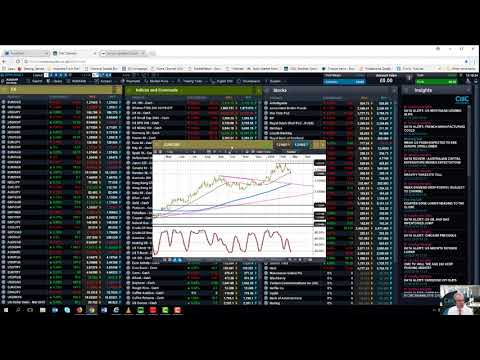 Our chief market analyst, Michael Hewson, looks at the recent rebound in the US dollar, whether it could go further, and whether the euro could be hit by uncertainty surrounding the Italian election and SPD vote. He also previews the US non-farm payrolls report.

Monday: The end of 2017 showed that the global economy appeared to be growing quite strongly, however in recent months we have started to see some early signs of a plateau, with slightly weaker January readings on the services measure. While levels still remain fairly robust, we could see further weakness in the February numbers if last week’s China figures are any guide.

Wednesday: Rolls Royce, one of the most recognisable brands in the UK, is in the midst of a significant restructuring programme. In its first-half results last summer the company posted a 150% rise in profit, while revenue also showed a big improvement to £6.87bn, having posted a loss in the previous year. The civil aerospace division contributed the bulk of those gains given the demand for its Trent engines, along with a growth in maintenance work. CEO Warren East has committed to improving cashflow to £1bn by 2020, but remains well short of that, particularly since the company's marine division has remained a drag, and defence markets have been soft. Investors will be hoping for a similarly positive update this week and further evidence that the turnaround plan remains on track.

Wednesday: The past few weeks have seen some parts of the retail sector come under significant pressure as consumers become more discerning about where they spend their money. These price pressures have also made their way to the restaurant sector, with Jamie Oliver recently announcing a raft of restaurant closures. There has been speculation that the lower end of the food chain might remain under pressure, given that at its most recent update annual sales saw a drop of 3% for Restaurant Group. The Chiquito and Frankie and Benny’s owner has seen its share price decline quite sharply since the end of 2016, with expectations that the dividend could be under threat once the full-year results are released. Annual profit for 2017 is expected to come in at £57m, so these need to meet expectations or we could see the share price come under further pressure.

Wednesday & Thursday: Recent inflation data has shown that despite concerns about rising prices and increasing wages pressure, there doesn’t appear to be any evidence of that in the latest headline CPI numbers from across Europe, as price pressure continues to remain stubbornly low. In Germany, France and Italy, prices on an annualised basis all came in weaker, while the latest numbers out of Canada also point to some price weakness. This week's European Central Bank (ECB) and Bank of Canada decisions are likely to be ’wait and see’ affairs, but the main focus will be on the ECB given expectations of tapering later this year. It is hard to see how the ECB can look at paring back stimulus when price pressure remains stubbornly weak.

Thursday: Last week's manufacturing and non-manufacturing China numbers for February came in slightly weaker than expected, raising concerns that the world’s second biggest economy could be on the verge of a hiccup. This might be premature given that most of China was on an extended new year holiday in February, and possibly skewed the data last week. We could see a similar effect with this week’s China trade numbers for February, so it is important to take this into account if the numbers do disappoint.