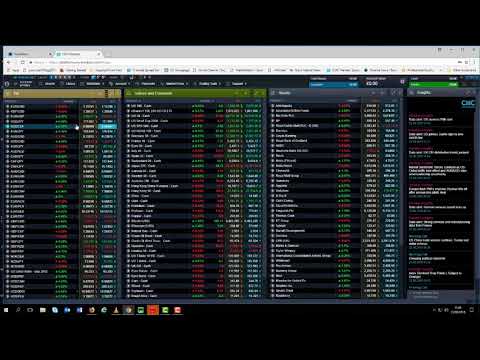 See his week ahead video, the top events to watch, plus our key company earnings schedule. Michael looks ahead to the latest US and EU inflation numbers, as well as the latest iteration of US Q2 GDP. He also looks at the prospects for EUR/USD and the S&P 500, and whether we can expect to see further US dollar weakness after President Trump's broadside at the US Federal Reserve.

German IFO (Aug)
Monday: Recent concerns about rising trade tensions between the EU and the US may have taken a back seat after the European Commission president, Jean Claude Juncker, visited the White House last month. However, a slowdown in the Chinese economy and sanctions on Russia and Turkey in recent weeks could have an impact on German business confidence, especially given that German exporters trade significantly in these markets. Monday’s number could reveal further weakness after the peaks at the beginning of the year.

Bunzl H1 results
Tuesday: Distribution firm Bunzl managed to post a 13% profit rise in its last financial year. It was helped by its US business, which in turn benefited from the purchase of Diversified Distribution Services. The company has been on an acquisition spree in the last few years and this has weighed on profit margins. Although the strength of the US economy is expected to boost its first-half results, the rate at which Bunzl has expanded does raise concerns it may be over-reaching. Acquisitions need to be done with a view to maintaining or increasing profit margins, not reducing them. The recent procurement of US-based Monte Package Company and Netherlands-based QS Nederland have increased revenues, but margins are showing signs of falling. This may not be a worry when the pound is weak, but it will need to be addressed at some point or the shares could run into trouble.

Best Buy Q2 results
Tuesday: Having been in decline since an ill-fated venture into the UK market, the US’s largest electrical retailer, Best Buy, has seen a turnaround in the last two years. Management realised that the old business was a recipe for failure, in an age where Amazon has redrawn the retail map. As part of the ‘Renew Blue’ programme, the company shut stores, exited the UK, and focused on customer experience. It has also partnered with Amazon to sell new TVs powered by Amazon Fire TV’s operating system. The more positive retail environment is also helping with decent growth in both online and same-store sales this year, and this week’s trading update is expected to continue to reflect that after the firm posted its best holiday quarter in Q4 since 2003.

US Q2 GDP
Wednesday: The first preliminary reading of US Q2 GDP showed the economy surging ahead with an expansion of 4.1%, helped to some extent by tax cuts that were announced at the beginning of the year. However, the rise was primarily driven by personal consumption, which increased by 4%, well above expectations. The Q1 number was revised higher to 2.2%, reinforcing the narrative of a US economy which is running quite hot. This week’s revision shouldn’t change the outlook too much, but markets will be looking for evidence of increased pressure from the inflation numbers, which come out later in the week.

Restaurant Group H1 results
Friday: It’s been a difficult year for UK retail; not only are traditional retailers under pressure from rising costs in the form of higher taxes, business rates, the minimum wage, work place pension contributions and the apprenticeship levy, but the leisure industry as a whole is also struggling. There have been high profile job losses from chains like Gaucho, Prezzo, Byron and Jamie’s Italian restaurants, who have also been hit by the proliferation of online delivery alternatives like Deliveroo and Just Eat. The Frankie and Benny owner Restaurant Group is no exception. In May, the company reported a 1.8% drop in like-for-like sales and is in the process of closing 33 under-performing outlets, having reported a £39.5m loss in March. Despite this drop in sales, management were optimistic of meeting full-year profit expectations. However, the share price decline since that May announcement suggests that investors remain sceptical. This week we’ll find out how far along the group is in meeting profit targets, and whether its restructuring plans remain on course.

Old Mutual H1 results
Friday: At its last full-year results in May, Old Mutual’s profit rose by 40%, helped by its wealth business which contributed about £84m to the gross numbers. The wealth arm, now known as Quilter, split off at the beginning of July and is no longer part of the company. This means the core business will now be more susceptible to the ebb and flow of the South African economy, which has come under pressure in recent months. Currency movements in the rand, as well as political changes at the top of government, with the swearing in of new president Cyril Ramaphosa, have caused strain in its economy. This week’s first-half trading update should tell us how much recent events have affected business confidence.