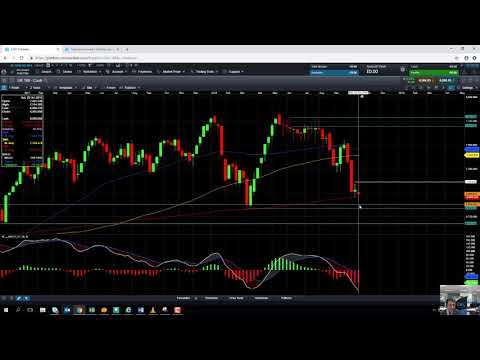 Watch our week ahead video preview (above), read our top ten stories to look out for this week (29 October-2 November), and view our key company earnings schedule.

Market Analysts Michael Hewson and David Madden look ahead to next week’s events, and discuss the possible impact of the UK budget, the BoE meeting and the US non-farm payrolls report.

HSBC Q3 results
Monday: Earlier this year, HSBC reported that first-half pre-tax profit rose 4.6%, to $10.7bn. This hasn’t been enough to prevent the share price from trading near one-year lows, over concerns that its costs are too high. The bank’s exposure to emerging markets is also worrying, given recent volatility in that region. John Flint, HSBC’s CEO, has set out a new three-year plan to invest in areas like technology and improve profitability across the group. The slowdown in Asia in the last three months has been a concern, as the region accounts for 88% of the group’s pre-tax profit. This week’s numbers could reflect that.

UK Budget
Monday & Friday: It’s questionable why chancellor Philip Hammond has scheduled a Budget statement before the UK government has sight of what sort of agreement is likely with the EU over the Irish border. This Gordian knot could have the capacity to derail any agreement. If there is a significant deviation from the currently expected outcome of a transition period, any Budget calculations could quickly become outdated. Given this context, we can probably only expect to see a few tweaks, with extra measures to raise taxes or cut thresholds for the better off.

Italy Q3 GDP
Tuesday: The ongoing spat between the Italian government and the European Commission over the 2019 budget is likely to remain in focus during the coming days. The latest Q3 GDP numbers are expected to highlight the enormous task policymakers face in trying to turn around a hugely inefficient economy. A disappointing number will amplify calls on the Italian government that its growth assumptions are far too optimistic, and should be revised.

BP Q3 results
Tuesday: Earlier this month, BP shares hit their highest level since 2010, in the wake of the Deepwater Horizon oil spill, touching 600p briefly before slipping back. The rebound in oil prices saw BP’s profit jump by 71% earlier this year, with revenue rising in both its upstream and downstream businesses. In the summer, the company paid BHP Billiton $10.5bn for its shale assets to help boost the US business, following years of asset disposals to help pay the costs for the 2010 oil spill. In a further sign of improving fortunes, the company hiked its dividend for the first time in four years, despite taking another $700m hit on costs linked to the Gulf of Mexico oil spill. Management should now think about taking steps to lower the amount of debt, which has been on the high side for some time, particularly since interest rates appear to be rising and oil prices are high.

Facebook Q3 results
Tuesday: It’s been a turbulent few months for the social media giant, with the Cambridge Analytica scandal as well as new GDPR rules, and its reputation has become a little tarnished as concerns over user privacy have started to become more mainstream. Mark Zuckerberg’s decision to employ previous deputy prime minister, Nick Clegg, as global head of communications earlier this month certainly raised a few eyebrows. However, it would appear to show that Facebook wants to try and get the inside track on how politics in Europe works, and attempt to shape any new regulation that may be coming its way. The shares are down over 25% from their summer highs, as concerns that recent bad publicity has caused users to dial down the time they spend online.

Apple: iPad Pro/Mac event and Q4 earnings
Tuesday & Thursday: Following the latest upgrades to its iPhone X range, Apple is once more teasing its customers with another event in Brooklyn, New York this week. It is expected the company will launch new versions of the iPad Pro as well as a number of updates to its Mac range. Under the tagline ’there’s more in the making‘, new upgrades are well overdue for the iPad, which hasn’t seen any changes since June 2017. We’ll also get the latest Q4 earnings update, with some early indications of demand for the new Apple Watch and iPhones.

Bank of Japan rate decision
Wednesday: No surprises are expected from the Bank of Japan. Last month’s natural disasters from the typhoon season have meant the economy slowed a little, though recent comments from Governor Kuroda suggest that current monetary policy is operating at the limits of capacity. The latest minutes showed that some policymakers are concerned about diminishing returns, which suggests that the central bank could continue its policy of yield curve flexibility in the coming months.

Global manufacturing PMIs (October)
Wednesday: The manufacturing sector has been at the forefront of the slowdown in economic activity in recent months. Earlier this month, the JP Morgan measure of activity hit a two-year low, with only the US outperforming. This week’s manufacturing numbers from Japan, China, Europe, the UK and US are expected to continue that theme, albeit still showing an expansion, but at fairly steady levels.

Bank of England rate decision
Thursday: With Brexit talks currently at a standstill and the UK economy performing well despite the August rate rise, it’s unlikely the Bank of England will announce any changes this week. Most of the attention will be on the inflation report, following this week’s Budget statement, as the recent declines in the pound are likely to play havoc with the central bank’s inflation forecasts.

US non-farm payrolls
Friday: Although we saw a disappointing September number at 134,000, this was probably due to hurricane disruption. The main attention will therefore be on the wages numbers, which declined modestly in September from 2.9% to 2.8%. Please note that this week's non-farm payrolls announcement takes place one hour earlier than normal, at 12.30pm. Register for our non-farm payrolls webinar