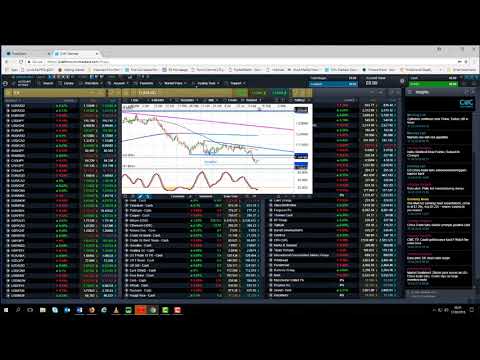 See his week ahead video, the top events to watch, plus our key company earnings schedule. Michael looks ahead to the Jackson Hole symposium, the strength of the US dollar in the context of divergent monetary policy, as well as the latest Fed and ECB minutes. He also looks at the Turkish lira crisis, and the prospects for EUR/USD and GBP/USD.

Tuesday: At the end of the last financial year Persimmon's profit rose by 25%, prompting criticism over bumper payouts to senior management. The rise in profit was helped by a strong demand for new homes, although the recent slowdown in the UK housing market has started to weigh on the housebuilder’s share price. This could impact ongoing demand as buyers hold back in the wake of falling prices. The company's guidance is likely to be important against this backdrop, even if most of the slowdown is in London and the south-east where Persimmon has less exposure.

Wednesday: This week’s Fed minutes aren’t expected to offer much insight into how policymakers view the US economy. A September rate rise still seems a done deal, given that US policymakers upgraded their outlook for the economy earlier this month. With GDP forecasts already towards the higher end, investors will be looking for any evidence that policymakers are becoming uncomfortable with rising inflation expectations.

Wednesday: The US retail sector has been through a significant adjustment phase in recent years. The growth of online shopping and Amazon have caused significant declines in footfall among big-box and out-of-town mall retailers. It does appear that US consumers are slowly starting to open their wallets again, and Wal-Mart’s results last week showed that the sector can still do well, despite changing consumer habits. This week’s update from Target is likely to be crucial in terms of its online offering and grocery business, given the heavy investment in these areas, after Q1 numbers missed expectations. At that update management reassured that its full-year guidance would still be met, despite ongoing challenges from lower margins.

Thursday: The minutes from the recent European Central Bank (ECB) governing council may shed some light on how deep divisions were regarding a possible rate rise next year. There had been a lot of speculation about what president Mario Draghi meant when he stated that interest rates would stay low ‘through the summer’. There were various interpretations as to whether we might get a rate rise at the beginning of Q3, or more towards the end of the quarter. Thursday's minutes could give an indication as to how contentious this was, and whether there were any concerns about the lack of pick-up in the wider economy after the slowdown in Q1.

Thursday: Recent PMI data from France and Germany has been a bit of a mixed bag with French data showing few signs of a rebound in economic activity after a poor Q2 performance. Widespread industrial action across the whole of France appears to have caused significant economic disruption – services in particular are showing the biggest evidence of a slowdown. July’s numbers were weak and August’s numbers could also disappoint. German data has been slightly more resilient, with Q2 showing a strong rebound, despite softer PMI readings.

Thursday: At its most recent trading update HP managed to post decent revenues of $14bn, helped by strong sales of notebooks and desktops. Average selling prices were also higher. The acquisition of Samsung’s printer unit also contributed to the solid performance of HP’s printer division. This week’s Q3 update is expected to paint a similar picture after the company raised its guidance in May.

Thursday-Saturday: With the US Federal Reserve the only central bank on an aggressive tightening cycle, the rise in the US dollar is likely to pose significant challenges for US policymakers in the coming months. As this is Jerome Powell’s first symposium as Federal Reserve chief, markets will be looking for clues as to whether the recent currency crisis in emerging markets, and notably Turkey, is causing anxiety among US policymakers – especially at a time when they want to continue normalising rates.