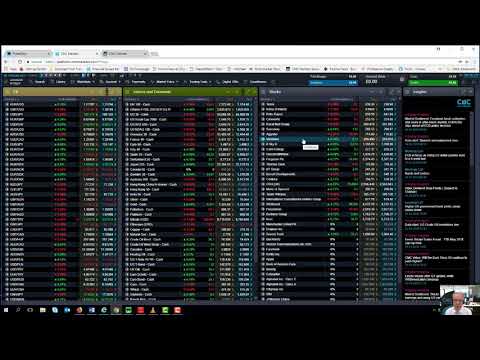 View his week ahead video, the top stories for this week, plus our key company earnings schedule. Michael looks ahead to the next US payrolls report and the upcoming Fed meeting. Plus he examines Apple's latest Q2 numbers against a backdrop of concerns about falling handset sales.

BP Q1 results
Tuesday: When BP posted its full-year numbers earlier this year its profit more than doubled, coming in at $6.2bn, helped by the recent rise in oil prices. Both upstream and downstream business posted decent growth, with output rising back to 2010 levels. The boost in numbers was helped by the opening of seven new oil and gas fields, which helped raise oil production levels by 12%. With another six new projects set to begin this year in the North Sea, Egypt and Azerbaijan, profitability looks set to improve further, especially when combined with expectations that the company has reduced its breakeven price to $50 a barrel. BP also appears to have put the bulk of the costs of the Deepwater Horizon disaster behind it, although the company’s exposure to Russia could be a problem and overall debt still remains high at $37.3bn. With the shares near eight-year peaks, the question for investors is how much higher can they go?

Apple Q2 results
Tuesday: When Apple announced the launch of the £1,000 iPhone X last year, there was some scepticism about the sustainability of a pricing policy which, while aimed at a loyal audience, could prompt a significant slowdown in the longer term. A lot of people wouldn’t pay that much for a computer, let alone a phone. Despite a positive start at the end of last year, the high price points seem be starting to have an effect on handset sales, if recent warnings from Apple suppliers are any guide. At its last quarterly numbers the company managed to post a record quarter of $20.1bn in profit and $88.3bn in revenue, but that was against a backdrop of falling handset sales. If this trend of falling sales continues, then Apple will have to rely on other parts of its business to offset any possible fall in revenue. We’ll also learn how well the new HomePod intelligent speaker device, which launched on 9 February in the UK and US, has started to sell.

Snap Q1 results
Tuesday: It’s been over a year since Snap launched its IPO against a backdrop of enormous scepticism that is was worth the $25bn valuation. The company wasn’t (and still isn’t) close to making a profit at the end of 2017, against a declining user base and disappointing revenue. However, there was some excitement earlier this year when the company managed to post numbers which surpassed market expectations. A 5% rise in user growth and 8.9m new users surprised the market, as did a lower-than-expected loss of $350m. This is definitely a move in the right direction and there is a chance the company could benefit from Facebook’s recent data privacy controversies. Snap seems to be benefiting from a younger demographic, and the recent negative PR around Facebook could prompt a move away from Instagram towards Snapchat.

US Federal Reserve meeting
Wednesday: The upcoming Fed meeting is likely to offer an opportunity for the US central bank to critique the health of the US economy ahead of next month’s expected rise in interest rates. There doesn’t appear to have been any indication in recent data to suggest that the central bank will pull back from market expectations to raise rates for the second time this year, and for the fifth time since the beginning of last year. The recent rise in bond yields also suggests that markets are starting to price in the prospect that rates could rise four times this year. With no press conference due, the tone of the statement is likely to be key, but it’s by no means certain that US policymakers will want to raise expectations for four rate rises.

Sainsbury’s full-year results
Wednesday: Given how tough the retail environment has been this year, it would be easy to be a bit nervous about Sainsbury’s full-year results. The shares have been on a tear in the past month, rising sharply to 10-month highs after its rival Tesco posted record annual profit. The latest Kantar survey also showed that the recent bad weather had a limited impact, with Sainsbury’s increasing sales by 0.6% in the 12 weeks to the end of March. The big worry is the decline in market share to 15.8%, as a result of the discounters Aldi and Lidl, and it will be interesting to see how management intend to deal with that. Investors will also be paying attention to the Argos factor, and how it has performed so far this year in a difficult market.

International Consolidated Airlines Q1 results
Friday: It’s been an interesting quarter for the British Airways owner, International Consolidated Airlines. After a decent 2017 and a rise in profit to €3bn in its full-year numbers in February, the company announced a share buyback of €500m. The figures in the final quarter were a little disappointing, probably as a result of higher fuel costs. The company has been cutting jobs, which has seen one-off costs rise, with Iberia and British Airways bearing the brunt. Profit improved at its other businesses, including Aer Lingus and Spanish budget carrier Vueling, though they could face pressure from higher fuel prices following recent oil price rises. We could also get further details on the recent decision to take a 4.61% stake in Norwegian Air.